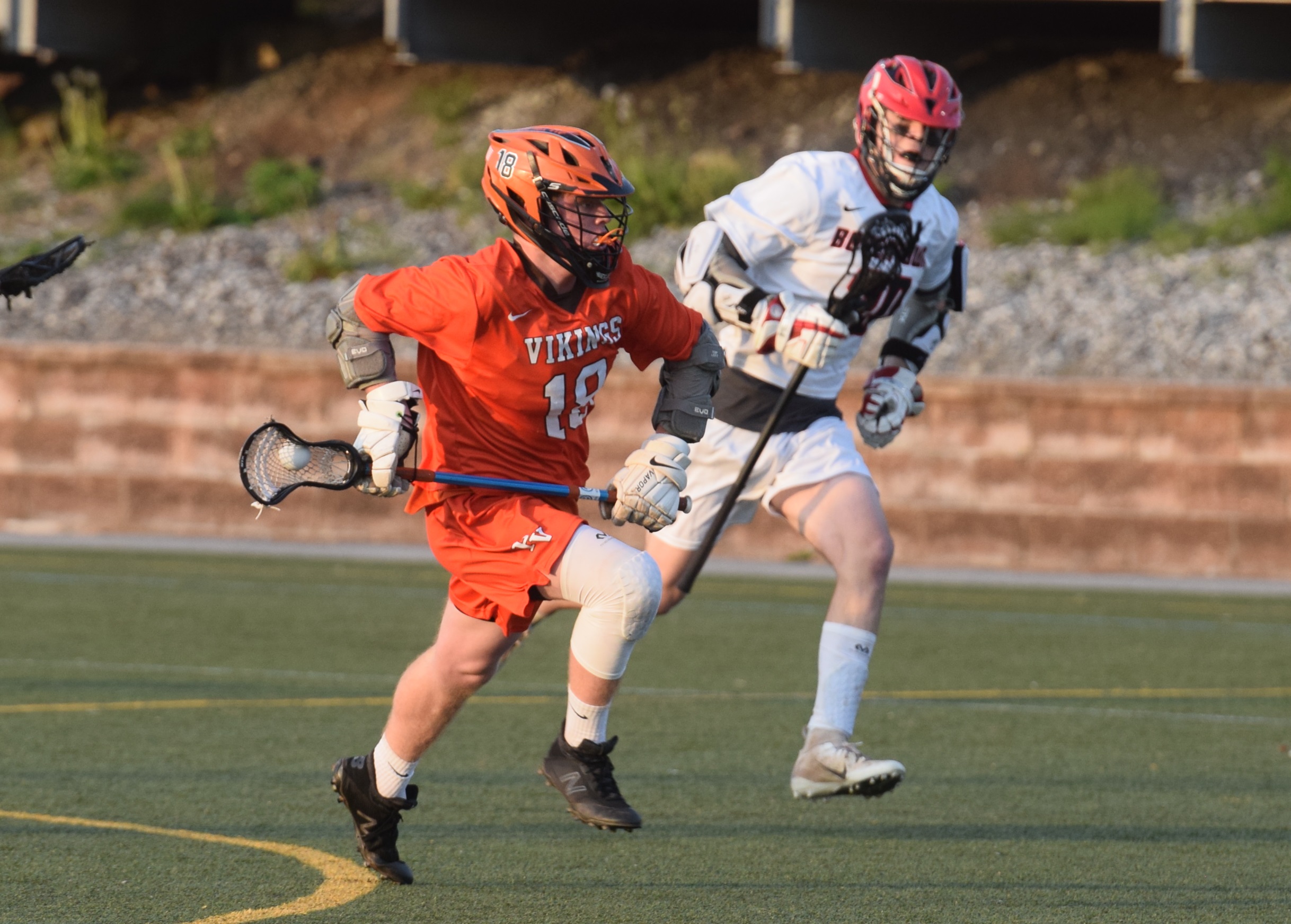 He is rated one of the top face-off specialists in Pennsylvania boys lacrosse.

That distinction alone might satisfy many players. But Matt Brock didn’t limit himself to performing that specialty well; he was more intent on establishing a well-rounded persona on the pitch.

So from the exclusivity of face-offs his freshman season, Brock progressed to playing midfield as a sophomore. In his junior year, the Perkiomen Valley senior became a full-field component.

“I wanted to help the team,” he said. “I worked on my shooting skills.”

The Lehigh University recruit’s talents as a face-off specialist earned him first-team honors as a short-stick specialist on the All-Pioneer Athletic Conference and Mercury All-Area teams the previous two years. He was also a member of the 2019 Pennsylvania Under Armour Team member after a tryout of more than 350 players and was one of only five finalists — the only one from a public school — at the faceoff position. Brock topped the finalist field and was retained as one of only two faceoff men chosen for the Under Armour All America Underclass Tournament.

But it wasn’t in Brock’s nature, or that of PV head coach Bryan Churchey, to have him play in that lone dimension.

“Whenever anyone sees a face-off guy,” Churchey observed, “they get called a ‘FOGO’ (Face Off, Get Off) because they are perceived to only be able to do one thing: To face off and get the ball to the attack, then come off the field.

“That is what makes Matt Brock special, because he is a team player, and his goal since freshman year was to ditch the stigma that he could only be a “FOGO”. Matt, his parents and I made a promise to turn him into a complete player that would harass and attack the other teams’ ‘FOGO’ on offense and would never be a liability if he lost on defense.”

Perkiomen Valley lacrosse player Matt Brock has committed to continue his academic and athletic careers at Lehigh University, where he will major in business. Seated from left are father Jerry Brock, Matt Brock, mother Lynda Brock with coach Bryan Churchey standing behind.

From his freshman year, when he won roughly 60 percent of his draws as the varsity face-off specialist, Brock improved to the 75-80 percent range as a junior.

“A lot goes into it,” Brock said of the development of his face-off skills. “I worked at it since seventh grade. I took lessons weekends at the Philadelphia Face-Off Academy, and I and dad (Gerald) drill at home.”

With Brock on their side, the Vikings always had the upper hand on gaining possession at the start of every quarter and after goals.

“A good face-off specialist helps control the tempo of a game, gets fast-break scores and keeps the other team’s offense off the field,” Brock said. “It’s like a chess match in itself. It forces their (opponent) face-off guy to stay on the field and hurts their defense.”

It also tests the player’s stamina to a greater degree by keeping him in the game longer. That, however, has not been a concern of Brock’s.

Having played the sport year-round for five years, and in the fall months alongside football, has Brock in peak condition. Being involved in both sports during the fall season hasn’t produced any issues, either.

“All the coaches knew I’m good at football,” he said, “but I’m very good at lacrosse and was looking to play D1 in college. They were very understanding.”

This past fall, Brock was a first-team linebacker on both the Pioneer Athletic Conference (Liberty Division) and Mercury All-Area teams. He helped the Vikings go 4-1 in division play — second to Spring-Ford’s 5-0 run — and qualify for the District 1-6A playoffs.

For the future, however, Brock is all-in with lacrosse. He will be attending Lehigh University in the fall, to study business and play for the Mountain Hawks’ NCAA Division I program, continuing his role as a face-off specialist for a program that started the year 5-1 before being shut down by the coronavirus.

“Three years later,” Churchey added, “Matt Brock is the most complete face-off man in the PAC and in the state of Pennsylvania, and has helped us be successful in so many ways beyond just faceoffs. That is one of the main reasons the coaches at Lehigh loved him so much is that he can be a threat on offense early or in regular situations. But he is so athletic and disciplined that he won’t be a liability if caught on defense.

“He’s the complete package and has a work ethic to go along with it.”

The possibility of playing in a men’s lacrosse league around the Bethlehem area, if the situation is favorable, exists. It’s something Matt would welcome.

“I had no in-game action this spring,” he said, “so it will be big to get actual game experience.”

Brock and PV had big hopes for the 2020 season, coming off a 2019 campaign that saw them go 7-2 in the PAC and 11-9 overall, finishing third behind Spring-Ford (9-0) and Boyertown (8-1). But the COVID-19 pandemic, and the cancellation of spring sports, dashed those hopes.

“This was going to be a big one for us,” he said. “We thought this year we could be PAC champions. We were putting in a lot of extra work.”

The 2019 season had one particular display of Brock’s on-field excellence: A pairing with Boyertown in the PAC playoffs’ semifinal round.

“We lost Nick Steele, our best midfielder, to injury,” Churchey recalled, “and Brock stepped up that day. He led us to victory and couldn’t be stopped.

“To me, that game was the culmination of his hard work, commitment and sacrifice to becoming a complete player. And he has earned a lot of respect from coaches all around the area.”

It’s a standard that figures to last long after Brock moves on from Perk Valley.

“I can’t tell you how proud I am of him and the example he is leaving behind to our younger players on what you can accomplish,” Churchey said. “We have some younger face-off guys that are emulating his work ethic and focus on becoming a complete player. … I love his work ethic, his focus and team-first attitude. He was set for a breakout senior year, but he’s left his mark in so many ways for the future of our program at PV.”