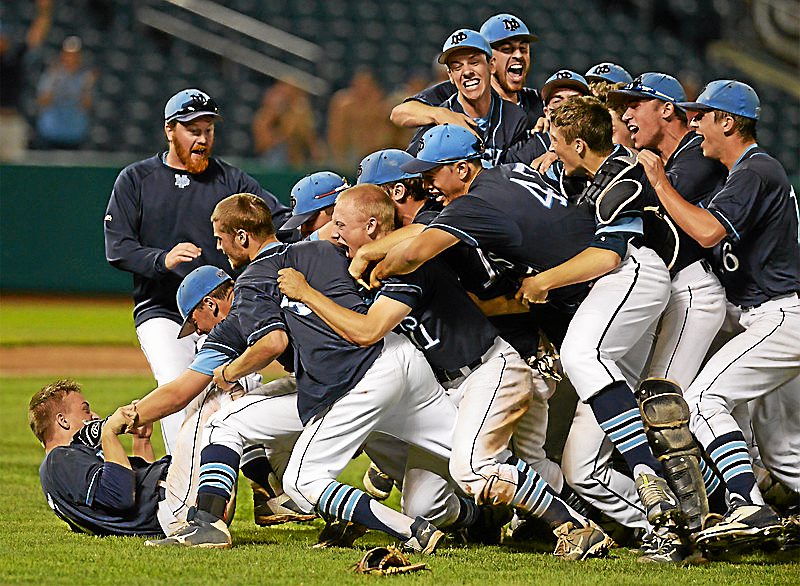 After a first round that featured its share of upsets and tight contests, The Reporter/Times Herald/Montgomery Media Baseball Team of the Decade Tournament continues with the quarterfinals this week.

Polls for the four matchups are on The Reporter Sports Twitter account (@ReporterSports) and run through noon Friday.

The quarterfinals features a pair of games between PIAA champions. Fourth-seeded 2012 La Salle takes on No. 5 2013 North Penn in a battle between state Class 4A winners. North Penn’s second side to make the round of eight, its No. 2 seed 2015 squad that won the 4A crown, faces No. 7 2014 Pope John Paul II, which claimed that year’s PIAA 3A title.

The round also has a matchup that came close to actually happening with No. 14 2014 Methacton taking on No. 6 2014 La Salle. Methacton – which upset No. 3 2019 Souderton in the first round – was a win away from facing the Explorers in the ’14 state semifinals.

Here are the breakdowns of the four quarterfinal contests:

In 2010, Germantown Academy went 29-3 – 8-2 in the Inter-Ac for second in the league – and claimed the program’s last PAISAA title in impressive fashion, outscoring opponents in four tournament games 52-5. The Patriots rolled past Germantown Friends in the title game 14-4 with John Citrone hitting two home runs. Sean Coyle, the state’s Gatorade Player of the Year in 2010, added a double and a triple.

Coyle – who was picked by the Boston Red Sox in the third round of the 2010 MLB Draft – Mike Fitzgerald, Dan Hoy and Keenan Kish were all named to the Inter-Ac first team.

A second-place finish in the District 1-3A tournament earned the Bears a spot in the PIAA field where they advanced to the state final for the first time in program history and finished 21-5 overall.

Upper Moreland earned a pair of 4-3 wins in the first two rounds of states – topping Greencastle-Antrim in the opening round then edging Punxsutawney in 10 innings in the quarters. The Bears beat Keystone Oaks 3-1 before falling to West York in the final 2-1.

The ’13 Knights squeaked into the District 1-4A field – the 12th and final seed in the North – but came together in the postseason and won NP’s second-ever PIAA crown. Brian Maher, who went on to play at La Salle University, tossed three shutouts in the playoffs – 5-0 over Strath Haven in the district quarters, 1-0 over Parkland in the state opener and 3-0 over Pennridge in the state semis.

La Salle earned its second state crown in three years with a 4-2 eight-inning win over Conestoga, Brian Buckley broke a 2-2 tie in the top of the eighth with a two-run single. John Scheffey pitched a scoreless bottom of the eighth for the save after Dominic Cuoci threw the first seven frames.

Cuoci, who went on to play at St. Joseph’s, was named PCL Red Division MVP and Pitcher of the Year as La Salle was first in the division at 12-3 and went 21-6 overall. Cuoci – at both infield and pitcher, Scheffey (pitcher), Ryan Coonahan (outfield), Nick Dermo (catcher) and Jimmy Herron (outfield) were all All-PCL Red first team selections.

This quarterfinal matchup almost happened in the 2014 PIAA semifinals but Methacton’s run was stopped by PAC rival Spring-Ford in the quarters 3-2 at Neumann University. La Salle blanked Spring-Ford 3-0 four days later at Neumann.

Methacton, which went 22-7 and 12-6 in the PAC, claimed the PAC title over eventual state 3A champ Pope John Paul II 1-0 then captured the program’s first District 1 championship with five wins in the Class 4A tournament – the last a 7-3 victory against conference foe Boyertown in the final. Austin Bregman (infield), Kyle Lowery (infield), Kyle Feaster (outfield) and Glenn Seymour (catcher) were all All-PAC first team picks for the Warriors in 2014.

The Knights posted a 23-4 overall mark in 2015, taking the SOL Continental title with a 12-2 record and finished second in the District 1-4A tournament before going on to win a second PIAA title in three years by holding off Wyoming Valley West 4-3 in eight innings. James Witner pitched all eight innings for the Knights in a contest that included an hour-plus rain delay. Ryan Bealer scored NP’s winning run after an error in the top of the eighth.

2014 Pope John Paul II advanced out of the first round after a close battle with 2018 PIAA semifinalist La Salle, the Golden Panthers pulling out a 52%-48% win over the No. 10 Explorers.

PJP II was edged by Methacton for the 2014 PAC title but regrouped to win both the District 1-3A and PIAA championships, beating Harriton in tight matchups in both finals – 3-2 in districts then 4-2 for the state crown in State College.

Luke DeLeo provided the decisive blow in the PIAA title game, breaking a 2-2 tie in the bottom of the sixth with an RBI triple then scoring after an error on the play. DeLeo and James Fleming – an All-PAC first team infielder – each had two hits as PJP II secured its first-ever state championship.