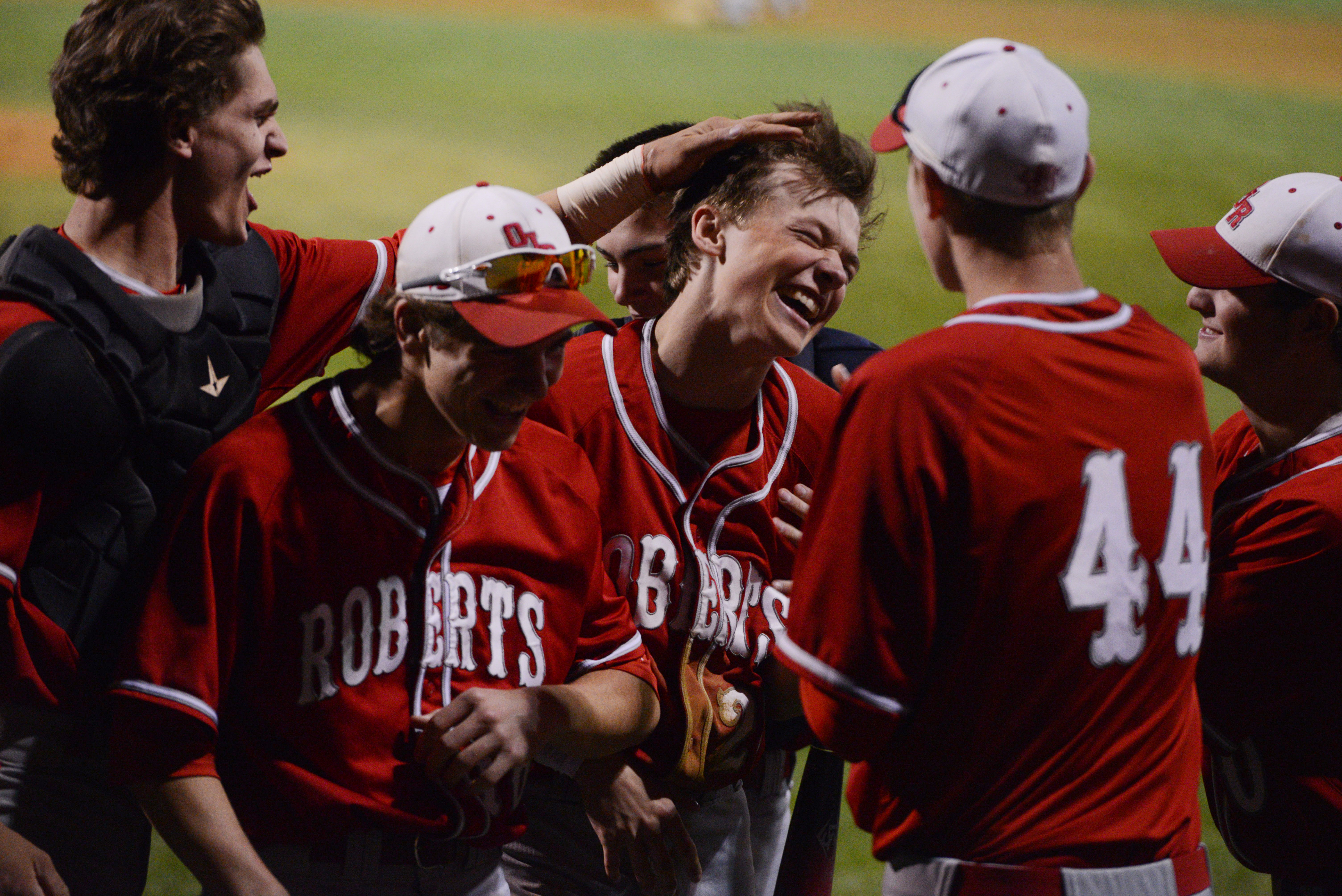 To that end, Jonathan Hannevig has been flexing his managerial muscles on the football and baseball fields for Owen J. Roberts. While doing so, he has become solidly reacquainted with the first sport and further refined in the second.

“I want to coach in the future,” he said. “I had the dream to play pro sports, but you also have to look at things past that.”

Preparing for his future down the road will be a big part of Hannevig’s focus in the immediate future.

The Roberts senior has committed to attending Lebanon Valley College to pursue a dual major of urban education and special education. He will also continue his involvement in sports, definitely playing football for the Flying Dutchmen’s NCAA Division III program and possibly walking on to the school’s baseball program.

“I love sports, and I don’t see that ever going away,” he said.

Hannevig drew considerable inspiration from the example of his uncle. Nathan Fisher is a fourth-grade teacher in the Spring-Ford School District, and Hannevig observed him as a coach for baseball teams on which his cousins, Nolan and Cade Fisher, participated.

“He showed a joy in doing that, being in the right place at the right time,” Hannevig said. “That’s one reason I definitely want to coach, to impact younger kids.

“It came over the past two years, finding what I thrived at.”

“Growing up in sports,” he recalled, “I wasn’t that good much of the time. But I was playing with older guys, and I got better.”

Making Hannevig’s gridiron prowess this past fall — he also played wide receiver on offense for Owen J. — even more noteworthy was the fact he got back into the sport this year after taking a two-year break from it.

As a member of the football team his freshman year, coach Jonathan Yoder noted how Jon “would help run the offensive drills and teach the other kids how to remember the routes, etc. when we were short on coaches.” But concerns for his academic status compelled him to not go out for football as a sophomore and junior.

“I was playing three sports, and it was too much,” he said, noting basketball was his third athletic pursuit as a freshman. “Baseball was the same thing. Between Little League and travel ball, I was doing it since I was eight.

“It was tough doing a lot. I was falling behind in my grades, which is why I stopped basketball and football.”

In his return, Hannevig helped OJR go 3-2 in the PAC’s Liberty Division and qualify for the District 1-6A playoffs. He also “went through the roof in goals.”

“From Grade 9 to 12, it was a whole different deal,” Hannevig recalled. “I learned the playbook again and got in shape. I shattered goals, got better and better, making plays left and right.”

And he made a believer of his head coach in the process.

“His work ethic was tremendous right off the bat,” Roberts grid boss Rich Kolka said. “I wasn’t sure what type of player he’d be because he didn’t play since ninth grade. Once we started contact, he really shined. He has tremendous cover skills and good hands. He played every snap in multiple games for us.

“I wish he had played for us for his entire career.”

At Lebanon Valley, Jon will be looking to play defense … among other things.

“I will try to get on the field as much as possible, to help wherever I can,” he said. “My biggest thing will be to help the defense.”

Hannevig came into baseball season with the same degree of drive. He was hoping to pick up from where he left off in 2019 — when he hit .424 with four doubles ­— but the shutdown of this year’s season by the COVID-19 pandemic left him at a loss.

“When I heard the rumors at first, I almost believed them,” he said. “I was focused on having a good spring season. I was so excited.

“When they stopped school, it left a big hole in my life. But I’ve been able to manage.”

A notable contribution Hannevig made to the program this season was inspiring his friend, Vincent Giorgio, to try out for the team after having been cut in Grades 7 and 9.

“His motivation took a hit,” Hannevig recalled. “Through weight lifting, he got down to his goal weight of 190, It was a blast the past three months, motivating him to want to play baseball.

“We had 6 a.m. workouts. I told Vinnie he needed to go to anything that would get him in shape. Coach Yoder was excited see me help somebody out.”

Instances like that have resonated with Yoder in a big way.

“He is unparalleled not only in his pure athleticism, but his character is the kind of which legends are written,” Yoder said. “He yearns for more knowledge and is always listening.”

Hannevig is not ready to separate from playing organized baseball, either. He is very receptive to the idea of walking on at LV as an outfielder.

“Coach asked if I play other sports,” he said. “They encourage dual-sport athletes. It’s doable at the D-3 level.”

He is also open to playing summer ball if the Norchester area can organize and field a youth team … part of a move by several programs from Berks County to play outside the umbrella of American Legion baseball, which has been cancelled for the 2020 season. But he’d be looking at having to report to Lebanon Valley Aug. 13.

“Obviously, if it goes past that, I’d have to cut it off,” he said. “But even if I got to play just one game, I’d be thrilled.”