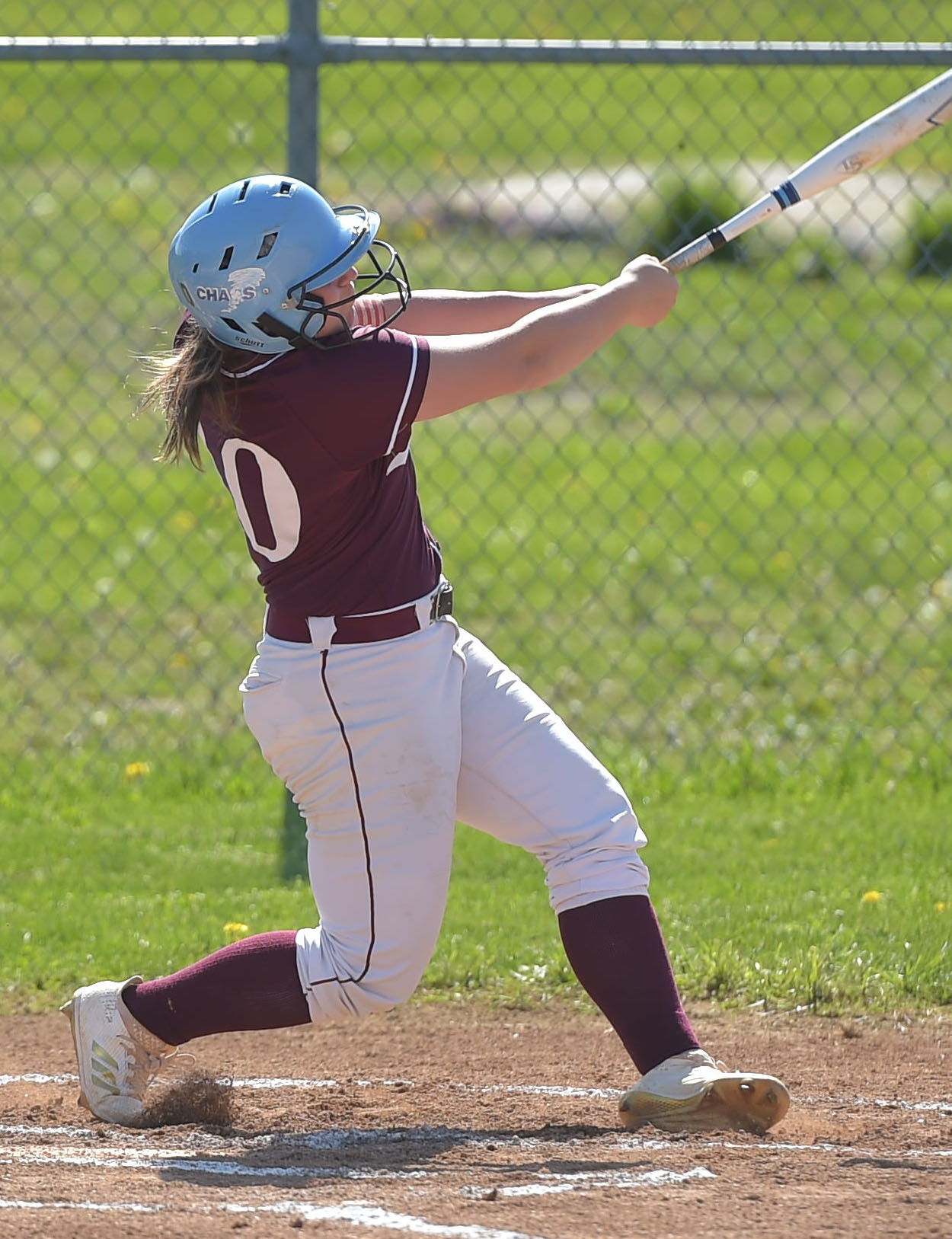 About a year ago, Chichester three-sport athlete Ava Franz was a candidate for the Daily Times Female Athlete of the Year award, voted by readers via the sports department’s Instagram account.

Only a sophomore, Franz advanced to the final round of the polling. In a tightly contested match with Episcopal Academy senior Olivia Dirks, a multi-sport Daily Times Player of the Year, Franz came in second place. But it was a close call. The showdown drew 5,000 votes, but a scant 44 ballots separated the two contestants.

Franz had put forth a very strong showing, considering her grade. While already a two-time All-Delco in softball, she was only halfway done her scholastic career as a soccer, basketball and softball player.

In her best sport, softball, Franz was able to carve out a reputation as one of the best female athletes in Delco. Unfortunately, her junior campaign was canceled due to the coronavirus outbreak. But that doesn’t mean Franz was any less noticeable on the college recruiting trail.

Franz has been on the radar of Division I coaches for a few years now. In December, while just starting her junior basketball season at Chi, Franz gave her verbal commitment to the Villanova University softball program. Instead of waiting around until she was a senior, Franz was happy to  have the opportunity to make her decision early and get it out of the way. For her, ‘Nova Nation was a no-brainer.

“Anywhere around here, I knew I would’ve chosen Villanova and I’m really glad that I did,” Franz said Friday, several months after making her decision. “I was mostly looking down south at some schools, but Villanova caught my eye right away. I love the campus. I’ve been on the campus so many times, not just for softball but to watch their basketball teams and everything like that. I’ve been a Villanova fan since I was young, so getting an offer from them and committing there was definitely a big deal.”

Franz went on her official campus visit in November and was offered a scholarship on the spot. During one of her showcase tournaments with her club team the Chaos last fall in Florida, there were Villanova coaches in attendance. Franz made sure they would remember her.

“I went to Florida two times and they saw me there. I actually hit a home run right at them, they had to get out of the way,” she said. “So, they loved that.

Franz said she wants to pursue a degree in the medical field, but is keeping her options open.

As for playing softball, she was looking forward to leading Chichester to the top of the Del Val League this spring. During her All-Delco sophomore season, Franz posted a .574 batting average, a .673 on-base percentage and a 1.128 slugging percentage. She blasted seven home runs for the Eagles, who qualified for the District 1 Class 5A tournament. She struck out only twice in 56 plate appearances.

But Franz is excited to play for her Chaos 18U Gold team sometime this summer.

“I’m disappointed that there wasn’t a (high school) season. We had six seniors on the team and I really felt bad for them. I love soccer and basketball, but softball is the real season for me,” she said. “I can’t wait to start for the Chaos. Our biggest tournament in Colorado got moved … and we’re supposed to be going to Tennessee instead. That’s a little disappointing, but I’ll still get to play.”

To keep herself busy, Franz is working out with a “virtual trainer,” offered by her Chaos team.

“They asked if I wanted to join and I said, ‘Yeah, totally,'” Franz said. “I get to do something and that’s what matters.”