SENIOR WEEKS: Westtown runner Morrison proud to have led Moose to titles inside and out 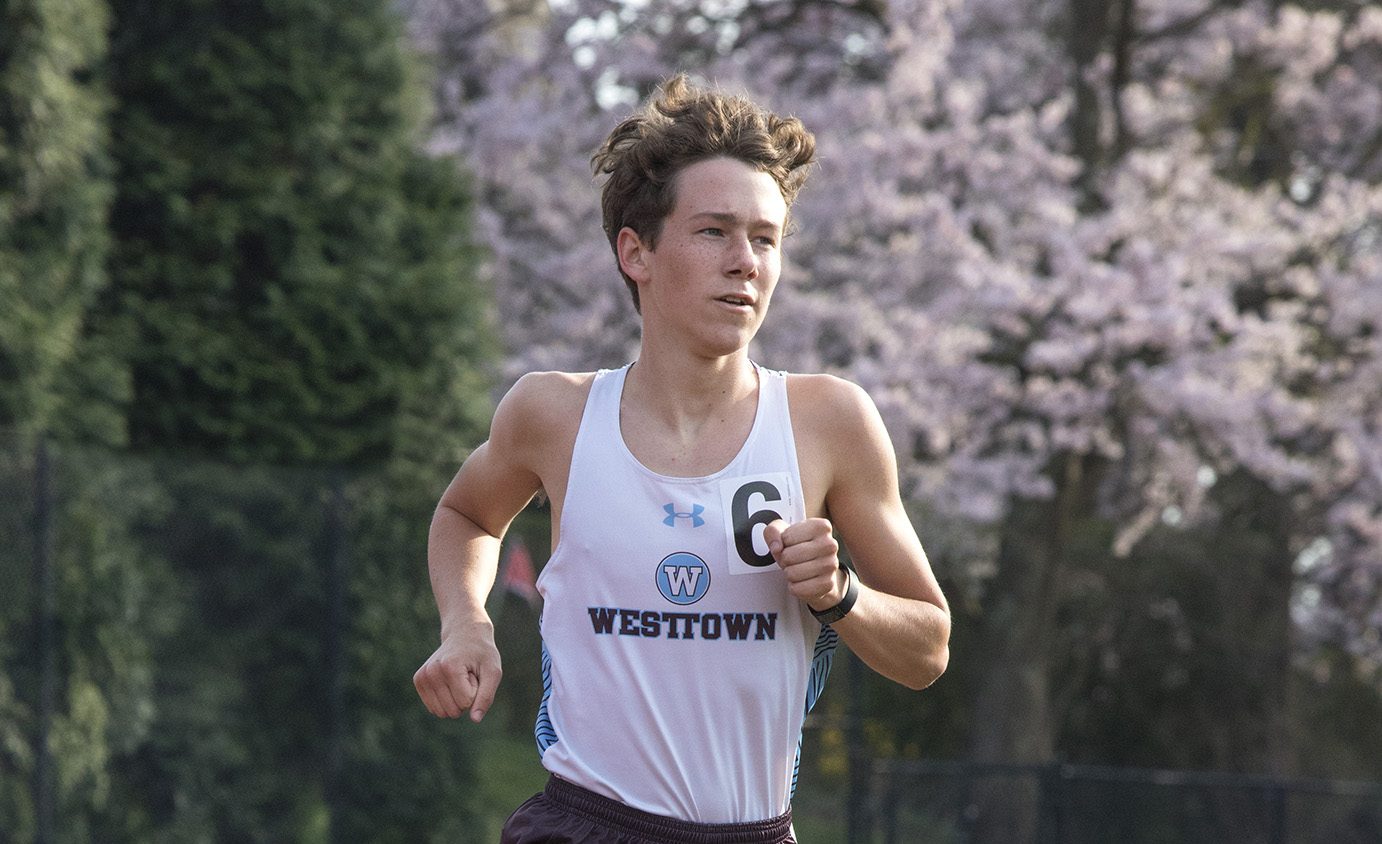 Aiden Morrison has worn the mantle of leadership well during the past two years as a captain of the Westtown boys’ cross country, indoor track and spring track teams as a junior and senior.

“Aiden has given his heart and soul to running in a way that has lifted not only himself but his teammates to a level of greatness that we’ve never seen before — at least not in my time for the past 15 years,” said Westtown boys’ cross country head coach Elson Oshman Blunt.

As a junior, Morrison finished 13th at the PAISAA cross country championships, and Westtown finished second in the team competition.

Morrison said, “Finishing second gave all of us that drive to improve and potentially be No. 1 [last fall]. It isn’t enough for just me to run well, being successful in cross country is a true team effort. With all the training we did, we were able to finish first in almost all of the invitationals that we competed in over the season.

“Going into the PAISAA championships last fall, we all knew we could win, we just needed to push hard. After our race was finished, we had to wait to find out the results. We didn’t know whether we had secured the title, I will never forget one of my teammates shouting that we had won and all of us being ecstatic.”

“Together with co-captain Nick Hanchak, Aiden brought our team together and showed everyone what they could do if they dedicated themselves to excellence,” said Blunt. “He’s an amazing athlete and amazing for our program.”

Morrison then continued his fast pace during the 2019-20 winter track season, helping Westtown finish eighth in the boys’ distance medley relay with a school-record clocking of 10:38.87 at the PTFCA Indoor State Championships at Penn State University March 1.

“The one event that I really focused on during the [winter track] season was the 1200 meter run so that I could help our distance medley relay team,” said Morrison. “The four of us (Morrison, Eddie Siwarski, Will Nagy and Constantin Carls) were working on each of our individual legs for that race the entire season.”

We set a new school record [in the distance medley relay] for Westtown, and going into the [spring track] season we all really wanted to improve our times even more and continue that momentum we had built and take it all the way to the Penn Relays.”

Last spring, Westtown’s 4×400 relay team qualified to run at Penn Relays and Morrison was an alternate runner. Of course, there was no Penn Relays this spring (or a Westtown spring track season) due to the COVID-19 pandemic.

“I am sad that my school’s community won’t get to see the end result of all of the hard work my [spring track] teammates and I put in this year,” said Morrison. “There were more records we were planning on breaking and they won’t get to see us hold up any medals or plaques in Westtown’s name. It feels unfinished.”

Morrison is grateful that he was able to serve as captain of three Westtown teams the past two years.

“Being a captain is an incredible honor,” said Morrison. “Believing in my teammates, supporting them through difficulties and cheering them on for their successes plays a big part in [a captain’]. These runners are my family and I would do anything for any of them. It’s important to lead by example, so I push myself hard and expect a lot of myself. I do the same for my team. You have to lead with your heart, and when you care as much about the team as I do, that is a natural result.”

Morrison is a resilient runner, bouncing back after an injury sidelined him for most of his sophomore cross country season.

“The level of character and perseverance he showed in coming back from that injury was remarkable,” said Blunt. “He took some clear and important lessons with him about stretching and general running health, which he shared with his coaches and his team.”

“I was very thankful to work with Kinetic Physical Therapy during my injury,” said Morrison. “I was able to learn the importance of recovery and stretching. Before my injury, I had the mindset of doing as much as possible every single day at practice; however, I learned that rest and recovery play just as important a role and that building strength is a key component to being a better runner.”

Off the track, Morrison has served as a prefect (similar to a student resident advisor) in the Westtown dormitories, and is an avid mountain climber who spends time with his family in the Adirondacks every year. In the fall, he will run cross country (as well as compete in track) for High Point University in North Carolina.

Morrison said, “Following what I have learned from my work with the incredible physical therapists and trainers during my high school years, I am planning on majoring in Exercise Science at High Point, leading to a career, hopefully, in physical therapy.”

SENIOR WEEKS: Oxford ace Neskie was planning for big things as Hornets went for Ches-Mont three-peat
Senior Spotlight: Boyertown’s Elwell contributes to success on and off the track and field