SENIOR WEEKS: Conestoga’s Lanouette leaves his mark on and off the track 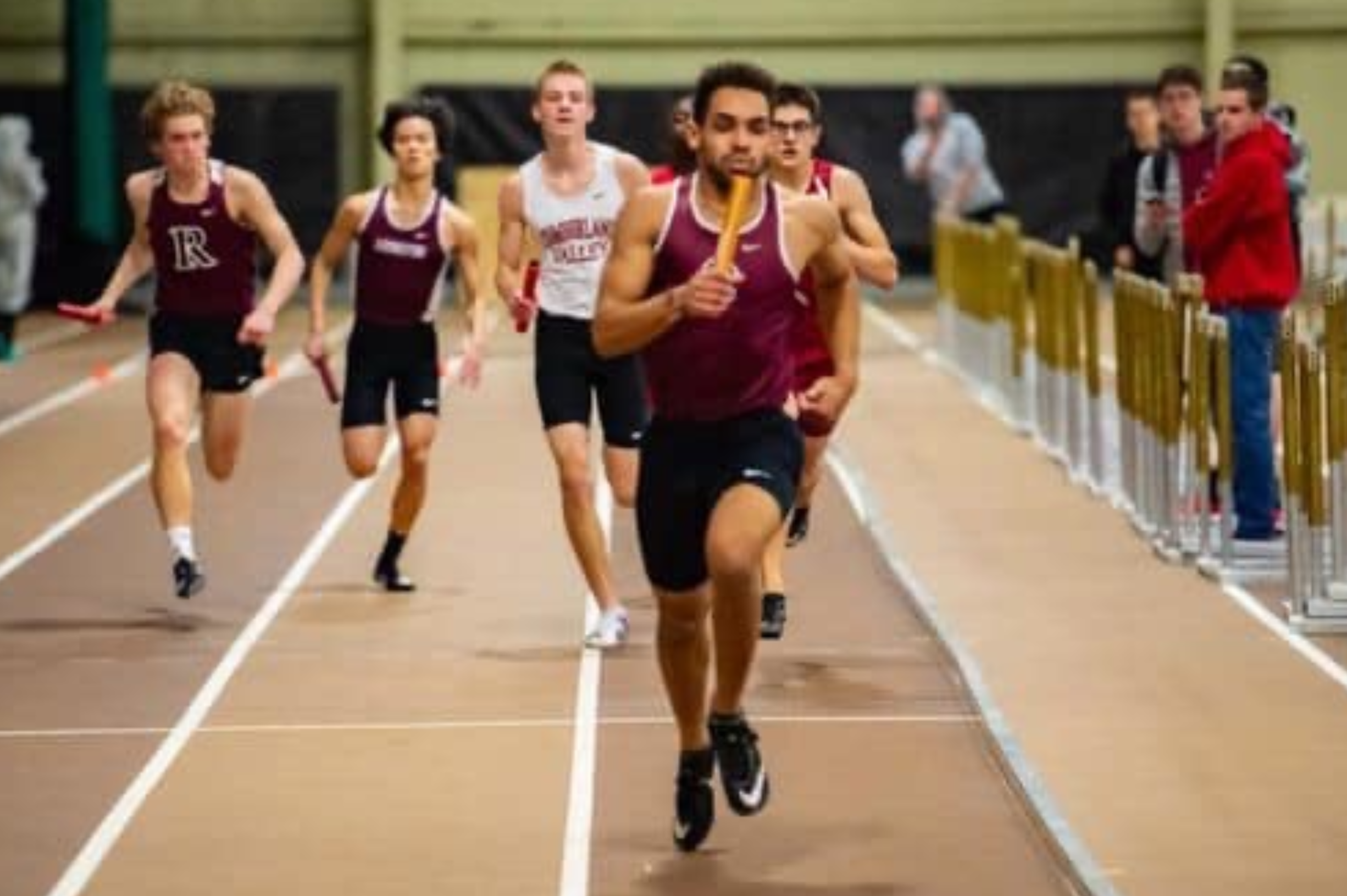 During his Conestoga track career, senior Noah Lanouette has been a source of strength for the Pioneers’ program, in more ways than one.

And his mental strength and discipline has been impressive as he’s worked his way back from several injuries. According to Conestoga track head coach Mark Carberry, Lanouette has worked tirelessly in the weight room and through physical therapy to strengthen the weakened areas.

“Physically, Noah has consistently been the strongest athlete on the Conestoga boys’ [team], which gave him that mental confidence on his 4×400 relay legs,” Carberry said. “Noah wasn’t a vocal leader in the early part of his running career but, rather, he chose to lead with his legs.

“That intrinsic confidence, coupled with an ability to provide levity, has made him a natural-born leader for our program.”

A couple of months ago, Lanouette was coming off a strong winter track season, becoming a Track & Field Coaches Association of Greater Philadelphia qualifier in the 400 meter run and the 4×400 relay. During the winter, he particularly worked on his endurance.

“I knew I would be running a few more 800s in the winter and spring, and along with the stamina required for the 400, I wanted to make sure I didn’t falter too early in those races,” said Lanouette, who also was looking forward to being a captain on the spring track team.

“The winter offseason allowed me to prepare for the role of captain by working with a smaller group of people in preseason workouts,” said Lanouette. “I had the privilege of learning from amazing captains before me and I wanted to be able to share what I knew and run with the underclass men to push them to become their best.

“For the spring season, I was not only looking forward to improving in the 200 and 400, but also watching the freshmen and sophomores improve and enjoy my final season with my friends as well.”

Of course, the COVID-19 pandemic caused a cancellation of the PIAA spring sports season April 9.

“Obviously it’s annoying that the last season of my high school career was canceled, but I totally understand why and it’s definitely for the best,” said Lanouette. “I think the last thing we as a school, community and nation should do is take this too lightly by waiting too long to close or reopening too early, so I’m perfectly accepting of the decision, despite my desire to finish my last high school season.”

Lanouette got an early start in making his mark in track at Conestoga was a strong sophomore campaign. He finished third in the 200 meter run in the Central League Championships; then, one week after setting a personal best in his leg of the 4×400 at the Penn Relays, he enjoyed what he calls his most memorable experience as Conestoga track athlete, running the 4×400 at the Lower Merion Invitational.

“I was really nervous about the event and being the first leg didn’t help quiet that feeling either,” said Lanouette. “In the blocks I told myself to just run my best and trust the training my coach had given me. The gun went off and I ran the hardest I had ever run up to that point.

“After handing off the baton, I was exhausted beyond belief and kneeling down in the turf infield and my teammates kept coming up to me and congratulating me and I didn’t know why. As it turns out, I had just unofficially split a 49.7 according to my coaches, by far a best. Although it wasn’t an official split, that race gave me a lot more confidence in my abilities and we qualified for Districts with that race.”

Lanouette continued to be a force on the Conestoga track team despite several injuries, mostly in his hamstrings.

“The problem with that is not only that I can’t run during that time, but the true cause of it is unclear since the hamstrings are so influenced by hips, glutes and back,” said Lanouette. “So trying to find the true cause of the injuries is a challenge that I’m not even sure I’ve uncovered.

“The greatest challenge during my rehab was in knowing if I was actually good to run again. I didn’t want to miss too much time and slow down in that break period, [though] I didn’t want to rush back and injure myself again, something that I think happened a few times.”

Off the track, Lanouette is part of Conestoga’s ethics bowl team, a board member of the Conestoga Anti-Stress Association (CASA) and a member of the school’s literary magazine. In the fall, he will head just down the road to attend Villanova University.

“Right now, I plan on majoring in either political science or journalism, a major a lot of colleges don’t have,” said Lanouette. “The ability to have options like that is what attracted me to Villanova, along with a strong sports program and connection to the Philadelphia 76ers that would help me go into sports journalism. The full tuition and general fees scholarship didn’t hurt, either. Although right now I don’t plan on trying out for track at Villanova, who knows? This year has shown a lot can change very quickly.”