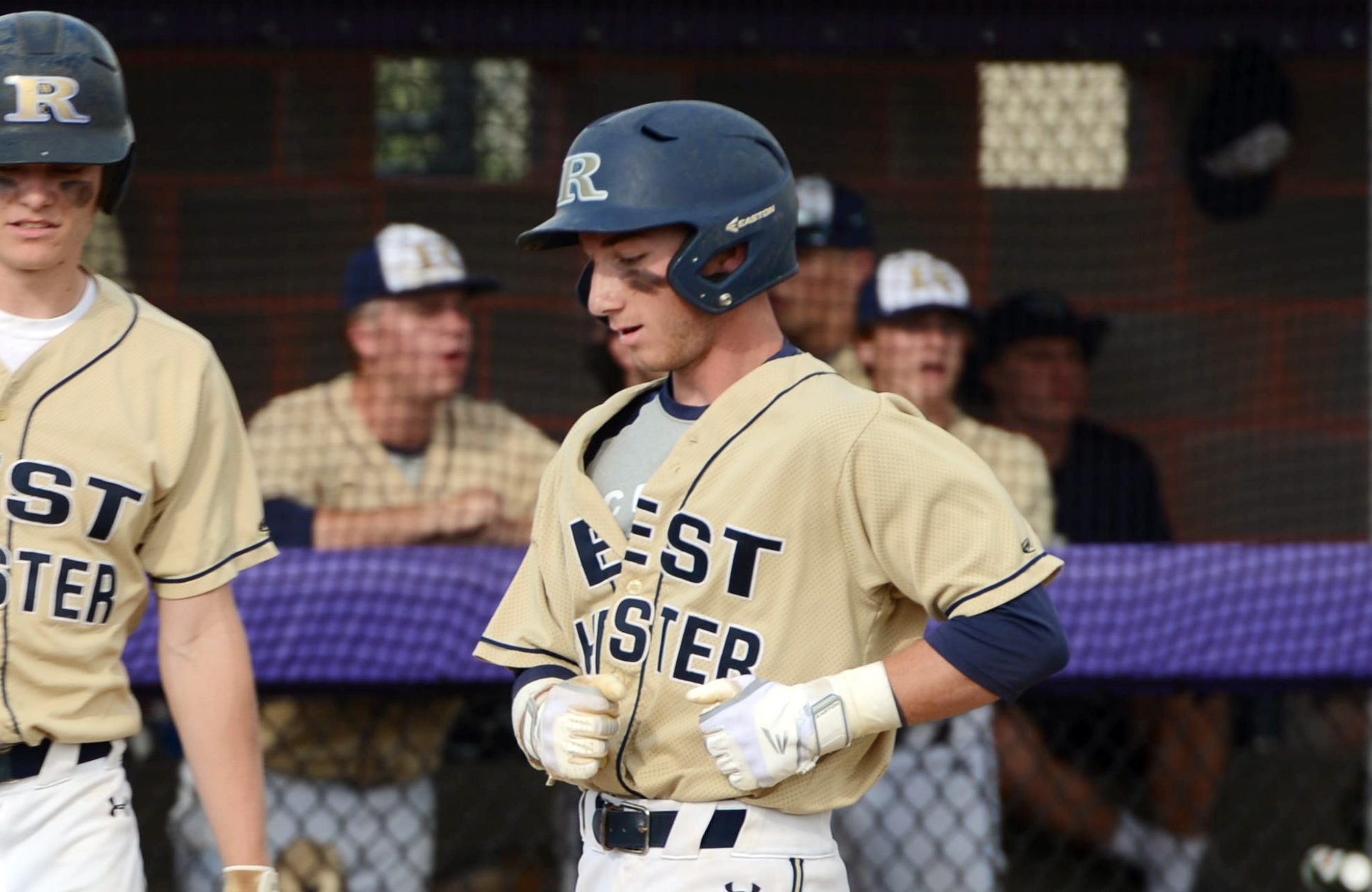 The 2019 season was a year of firsts for the West Chester Rustin baseball team.

For the first time in the 13-year history of the school, the Golden Knights qualified for the PIAA Class 5A tournament. And one of the big guns in the Rustin lineup was hard-hitting outfielder Nick Halcovich. The Golden Knights senior was instrumental in the squad’s run to the state playoffs and was one of the very few regulars who was back for the 2020 season before the PIAA cancelled spring sports due to the COVID-19 outbreak.

Halcovich tried to stay ready in case the season started late, and the Rustin senior said it was a big blow when the PIAA announced there would be no spring sports this year.

“I mean, this was really bad and heartbreaking when we saw on Twitter the season was cancelled,” Halcovich said. “We were holding out hope for those two weeks that we would get to play. I was really looking forward to my senior season and to have it taken away like that was really crushing. Believe me, I would much rather be in school and going to class and playing baseball than be out of school and have no baseball. It has been really tough to deal with.”

Halcovich and his Golden Knights teammates were trying to keep in shape during the time the season was suspended, until the final announcement there would be no spring sports on April 10.

“I was lifting with some guys twice a week,’ Halcovich said. “And we went to All-Star Academy twice a week and we hit up there. We were trying to do anything to keep in shape and just hoping for a baseball season. And especially, after our state run last year, that was so much fun. I was really looking forward to seeing how the young guys would play at the varsity level.

“Last year was so much fun with us beating Phoenixville and Interboro in the district playoffs and then playing Archbishop Wood in the first round of states,” Halcovich said. “I will never forget those games and I even hit a home run in the Wood game. Those are going to be really special memories of just having fun taking the buses to those games and being with my teammates.”

Halcovich was poised to have a big senior season for the Golden Knights. His bat in the middle of the lineup was being counted on to provide some power and base hits, while his young teammates learned the ropes of playing varsity baseball. Next fall, Halcovich will attend Ursinus University and continue his baseball career.

“I really wanted to go to a smaller school and when I visited Ursinus and met the coaching staff it was really a no-brainer,” Halcovich said. “I just had to go there. The school is very good academically and I really felt welcomed by the coaching staff and everyone up at the school. I have not decided what I will major in yet in college but I know things will turn out well.”