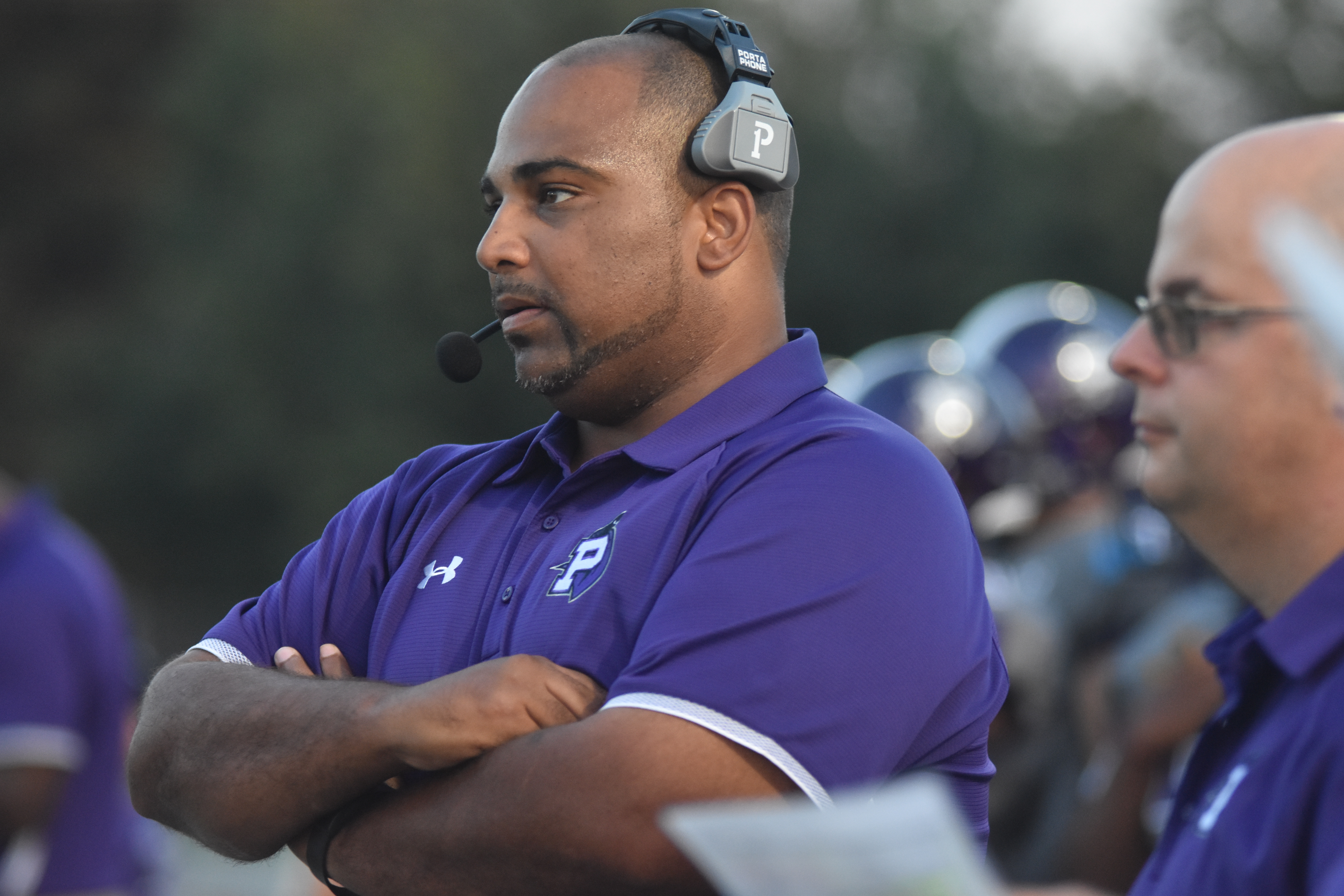 He’s moving to a job for which he’s solidly qualified.

More than a dozen years’ experience has Don Grinstead poised to become an administrator at Phoenixville High School.

Grinstead has been named the school’s new director of student activities and athletics. He will come on board July 1 as replacement for Matt Gionta, who recently resigned the post.

Grinstead, the high school’s head football coach the past two years, was recently approved by the Phoenixville school board on April 27. He had taken part in two virtual interviews — a function of the COVID-19 pandemic’s shutdown of school districts throughout Pennsylvania — following one in-person session.

Grinstead hooked up with Phoenixville in March 2018, where he most recently worked in a clerical position involving attendance. He came back to the area after logging three years as a director of sports for seven Young Men’s Christian Association (YMCA) facilities in Volusia County, Fla.

He has worked 12 years as an athletic manager, along with logging time at the Spring Valley YMCA in Limerick. It’s a background that made him confident in applying for the AD position.

“There’s a close resemblance in jobs,” he said. “It’s different in terms of logistics, but not management. It gave me the opportunity to put my name in the hat here.”

Grinstead feels he’s coming into a good scene at Phoenixville, whose school buildings and athletic fields have undergone significant upgrades recently. For the present, tightening his relationships with the school’s coaches is a priority.

“I know the coaches, but not intimately,” he said. “I want to meet with the coaches … to evaluate things and get comfortable.

“I have quite a number of game managers who work the bigger events. I have the things I need as far as staffing.

“The great thing is, I’m coming into a place where a strong foundation has been set. The past 6-7 years, the structure and facilities became solid. I want to continue to see it grow and make it better.”

Grinstead has been the high school’s head football coach since 2018, that after serving three years (2013-15) in a similar post at Pottstown High. His most recent team went 2-3 in the Pioneer Athletic Conference’s Frontier Division (3-7 overall), part of a three-way tie with Pottstown and Upper Merion for third place.

“It’s been great,” he said. “The kids are unbelievable.”

Grinstead remains the head football coach at this time, though he acknowledged that could change once he is officially installed as AD. It is uncommon but not unheard of for an athletic director to also be a head coach.

“I’m still the head coach. That could obviously change after July 1 (when he becomes AD), and we’ll address the position at that time. We’re getting mixed signals on the way the fall looks, so we’re taking it day by day.”

As is the case throughout Pennsylvania school districts, Grinstead and Phoenixville are waiting to see what effect the current pandemic will have on the next school year as they finish out the current one.

“It’s been different for all of us,” he said. “One thing it’s done is getting people used to being uncomfortable. We’d all like to see us get some normalcy back in our lives.”