Senior Spotlight: PJP’s Fallon had only her own records left to chase 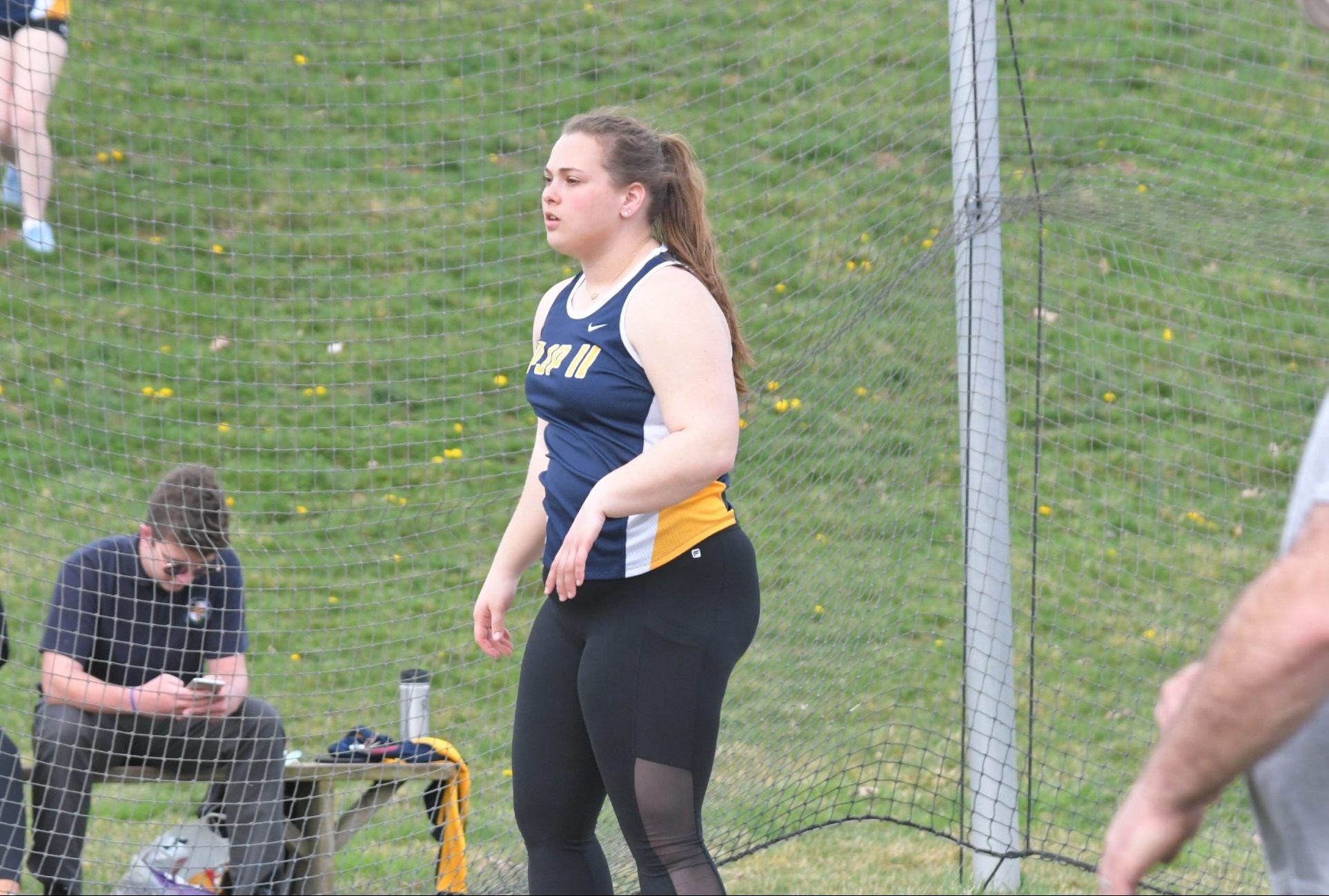 She was in the unique position of going one better on herself.

Katie Fallon had a memorable 2019 season with the Pope John Paul II girls track team. The Golden Panthers’ junior throws specialist first became the program’s record holder in the shot put, then she bested her own standard.

“I had a private coach, and a new technique that made me stronger and faster,” Fallon said. “I’d go into the weight room working upper or lower body, then throw.

“I also went to Spring Valley YMCA weekends to do lifting. At the end of last year, I was doing 100 pounds on the overhead bar and 40 on each side. On leg presses, I was doing 200-plus pounds.

“Having strong legs was important. Throwers mostly use their legs, so that helps.”

The changes in her training regimen were key to Fallon medaling at the Pioneer Athletic Conference championship meet. She placed sixth with a throw of 34-6 1/2 — she had been seeded fourth among 28 competitors — alongside competing in the javelin, where she threw a 78-11.

“I enjoyed having Katie on the team,” PJP head coach Lisa Cagliola said. “She would score in almost every meet, lead the underclassmen by example and worked hard to perfect her skill.”

Fallon pointed to the 2019 Henderson Invitational meet as a key one in her junior season. It was where she became the program’s record-setter in the shot.

“The Henderson Invitational was significant,” she said. “My throwing coach (Kimm Galbraith) was not able to be there, nor my other field event teammates. I felt alone performing the shot, but managed to break the school record.”

Buoyed by her previous showing, Fallon came into the current spring season with high hopes and higher goals.

“This year, I hoped to break the record, get closer to 40 feet with the shot, 90 feet or above with the discus, place at districts and go on to states,” Fallon said.

Her throwing coach lauded Fallon for her performance both as a competitor and a team leader.

“Throughout Katie’s track career as a thrower, initially throwing all three implements (javelin, shot, discus) and starting her sophomore year focused on shot and discus only, she demonstrated her love of the throwing and competing,” Galbraith said. “Katie was always a very positive student athlete who was one of the strongest female PJP throwers. She was always open to constructive criticism of technique.

Fallon’s current daily routine kicks into gear with 3-4 hours of school work through Google Classroom and Zoom. Get up 10-11, have breakfast/lunch, school work for 3-4 hours through Google Classroom and Zoom. She also fits in an exercise regimen that includes individual workouts, cycling, walks and playing basketball with her siblings in the family’s driveway.

Fallon’s future has her enrolled at St. Joseph’s University, one of three members of PJP’s Class of 2020 planning to go there. She will be pursuing studies in interdisciplinary health science to eventually become either a speech or occupational therapist.

She presently does not plan to participate with the Hawks’ track program but has thought about getting into the sport as a walk-on.