Senior Spotlight: Pottstown’s Lowe has pursuits of helping others 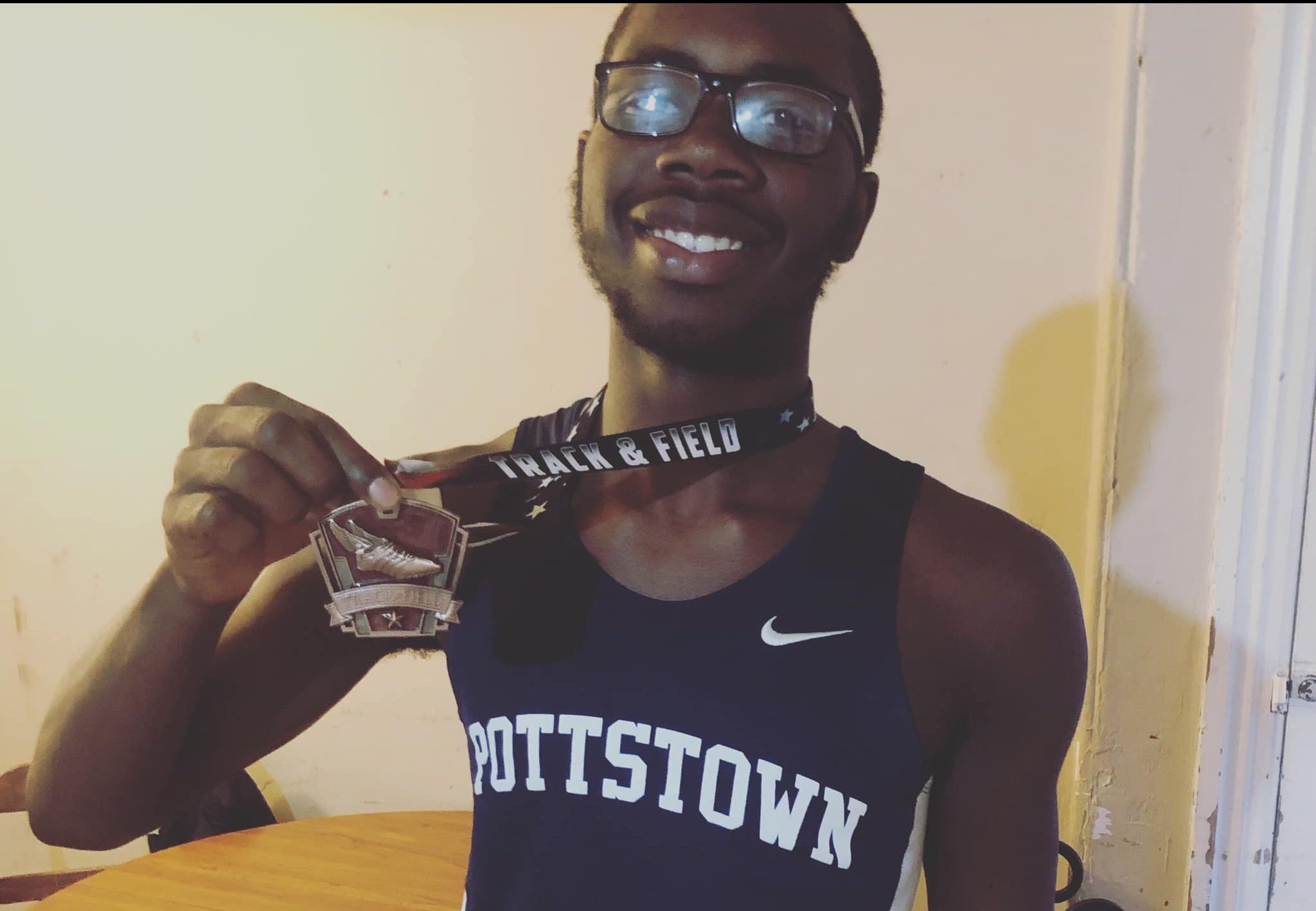 Tahkeim Lowe possesses a desire to help other people.

It’s a trait the Pottstown High senior developed early, and on the homefront. Being one of nine siblings in a single-parent family — a majority of them still living together under the same roof — Lowe considers serving others a trait as basic as breathing.’

While his father, William Sr., works to support his extensive family, Tahkeim does his part to keep the household operating. That’s in addition to his school work and athletic pursuits, and also working — he’s held jobs in the fast-food business — to earn money.

“I help sometimes doing things,” he said. “I want to do that.”

“Balance out time. School at 8 a.m., work out with track, get stuff done then go home.”

Suffice it to say, the household is a very active one.

“You could say that,” Tahkeim said.

Tahkeim lost his mother in 2005, when he was only three years old. He has no recollection of her other than the fact “she wore glasses.”

Sports offered Lowe an outlet for some of his considerable energies. He is the most actively involved of his siblings in athletics.

Lowe’s approach to his life’s circumstances resonated with Pottstown High principal Danielle McCoy, who lauded him for his outspoken nature.

“Tahkeim is a personable young man who has many friends,” McCoy noted. “He isn’t afraid to speak his mind and voice his opinion, making him a valuable member of the Pottstown High School community because he can be counted on to voice student concerns honestly.

“For as long as I have known him, he has had responsibilities outside of school that not many students have and has managed to fulfill those duties while also participating in school extra curricular activities.”

Tahkeim’s athletic endeavors centered around playing high school basketball for two years. He then gravitated to track and field, ultimately establishing himself on the Pottstown indoor program in the 110 high and 300 intermediate hurdles.

“At first, I didn’t want to do hurdles,” Lowe admitted. “Then the coach (Mary Ann Hill) talked to me.”

He was part of a 2019 boys team that went 5-0 in the Pioneer Athletic Conference’s Frontier Division. Lowe came into the 2020 spring season confident about improving his standing in hurdles competition.

“I knew I would be able to make it again,” he said. “I worked non-stop toward qualifying for states.”

Then the coronavirus ended the school year several weeks ago, and with it the hopes of Lowe and his teammates.

“It was heartbreaking for a lot of us, especially the seniors,” he said. “But I have to keep going. The priority now is getting my diploma.”

Lowe faced more heartbreak in regard to his post-high school future.

He pursued admission to Albright University to continue both his academics and athletics, but he was turned down. Tahkeim then looked into attending community college but was unable to get the financial aspects in order.

That hasn’t derailed his goal of becoming a family and marriage therapist. Lowe plans to work to get himself as much money as possible.

Tahkeim is looking at four years of college, and specific training after that, to achieve his goal. But it’s something he is driven to do.

“I like to help people out,” he said. “A lot of people don’t deserve to go through a lot of the things they do. I believe some people want to get on track.

“I want to be there to help people out.”