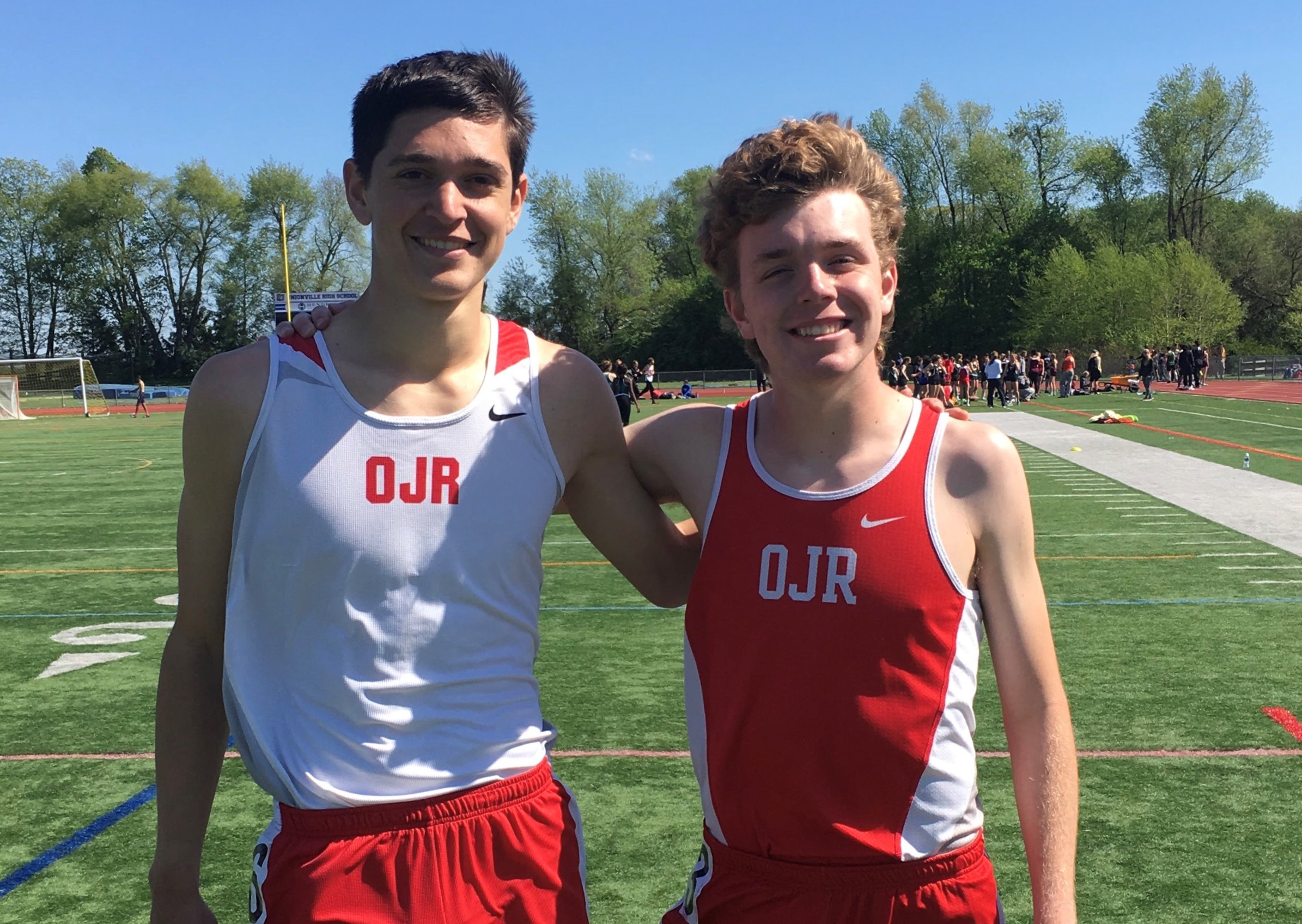 They made each other’s acquaintance in middle school and became fast friends through high school.

But while some friendships have to endure college separation, Vince Fennell and Matt Muthler won’t have to face that situation. The soon-to-be Owen J. Roberts graduates will maintain their tight relationship for the next four years, with both slated to attend the same college.

Fennell and Muthler have committed to continuing their academic and athletic pursuits at Lock Haven University in the fall. They will maintain close ties as dormitory roommates and members of the Bald Eagles’ NCAA Division II cross country and track and field programs.

“It’s good, especially in a new environment,” Muthler said about their matching college plans. “It helps to have someone you know, for normalcy and comfort.”

The Fennell/Muthler connection dated back to their seventh-grade days with the Owen J. Roberts Middle School. Vince, a traditional-track student, and Matt, home-schooled his entire life, were both members of the middle school track program.

“We didn’t get to know each other too well at the start,” Muthler recalled. “But that changed as we ran and worked out.”

Their bond became tighter in 10th grade, when Muthler joined Fennell on the high-school boys cross country team. They were part of a Wildcat program that went a combined 13-2 in Pioneer Athletic Conference (Liberty Division) meets during that span, and was team champion of the 2018 and 2019 league meets after placing second to Spring-Ford in 2017.

Fennell was a high finisher in the 2019 race, placing seventh in a time of 16:52 on the PAC’s Heebner Park course. He followed teammates Thomas Damiani (third) and Andrew Mcgonigle (fourth) as top-10 finishers for OJR.

“As the years went on, we became friendlier,” Vince said of his relationship with Matt, like him a co-captain of OJR cross country this past fall season.

“I was excited to have him for a friend.” The binding tie became even stronger their junior year of track and field. They ran on a 4×800-meter relay team that was the PAC champion, clocking an 8:09.57 that was three seconds under the District 1 qualifying time and one second (8:10.41) better than runner-up Perkiomen Valley.

Their collaboration went another step further, Fennell running the third leg on the team and Muthler the anchor. Cole Smith and David Brunton ran the first two legs.

“I don’t think we ran that team during season,” Muthler said, noting the alignment wasn’t firmed up until the night prior to the league meet. “I was on the relay most of the year. I did more middle distance (400, 800) events during the season.”

“We’re pretty much neighbors,” Vince said. “We ran together during the summer. It makes it more enjoyable, having someone to talk to.”

“We’ve been partners a little,” Matt added, “but with the quarantine we haven’t done as much.”

They came into track practices this spring as team co-captains, and with hopes for the Wildcats to match their PAC championship finish of 2018. But the COVID-19 pandemic denied the program the chance to do so.

“It’s really sad, not being able to go out one last time,” Fennell said. “We had big goals this season for the relay. I thought we’d go to states.”

“It’s definitely tough.” Muthler added. “We got no chance to run the outdoor season, to improve our times and run with friends.”

“We were both looking at it, but he didn’t tell me he committed,” Fennell recalled. “He announced it two days before I was going to do it.”

Their connection stands strong even in spite of their differing personalities.