Senior Spotlight: Pottsgrove’s Yorgey, Wilson go out with a bang 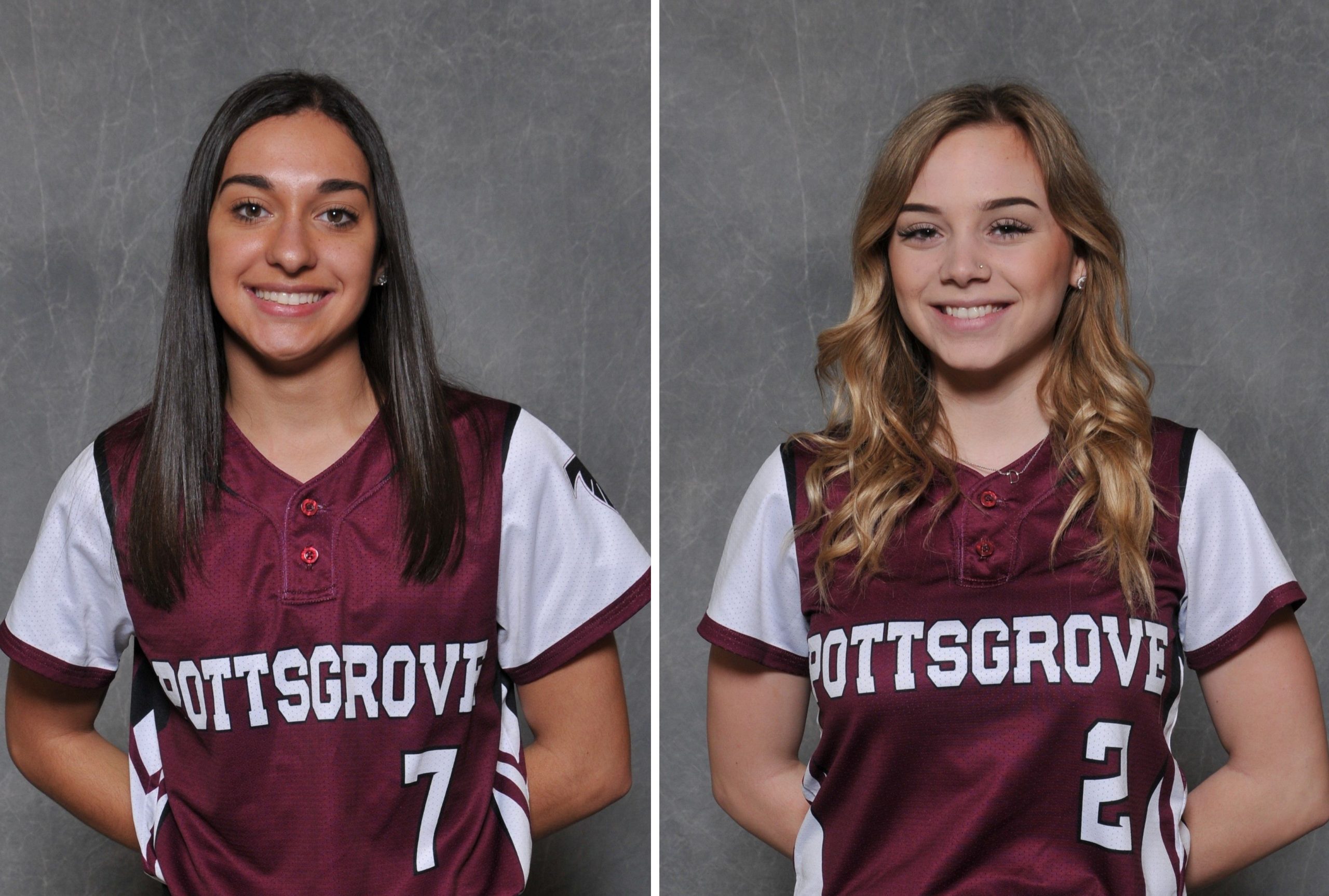 Jayde Yorgey had been working on her batting stance the past two seasons, trying to tap into her power at the plate before her softball career ran out.

During a scrimmage against Academy Park earlier this spring, the hard work paid off for the Pottsgrove senior as she hit the first home run of her career in what would be her final game in a Falcons’ uniform.

“In my previous years I was much faster, so I bunted a lot,” Yorgey said. “The past two years, my junior and senior year, I’ve been really working on my hitting and my stance, and I hit my first home run this year, so that was a really good memory for me…It’s crazy to think that was our last game, being there didn’t even feel like that.”

Yorgey and classmate Savannah Wilson have been varsity members of the Pottsgrove softball program for the past four seasons.

Like the other spring senior athletes in the area and state, along with many others around the country, the pair had their final high school seasons prematurely ended by the coronavirus pandemic.

Wilson, much more of a power hitter than Yorgey during her four years in the lineup, also happened to homer in the scrimmage, leaving her with a lasting memory of her final high school game as well.

“It was pretty memorable to me because I didn’t know that would be my last time playing as a high school senior,” Wilson said. “It was my first home run as a senior.”

Yorgey, a first baseman, and Wilson, a shortstop, have been steadying presences on and off the field for Pottsgrove coach Jessica Bedard, who took over head coaching duties before their freshman seasons.

While she also applauded their talents at the plate and in the infield, Bedard described them both as vocal leaders who are mature for their age.

“The nice thing about Jayde and Savannah is that they’re good friends,” said Bedard, who was also an assistant coach for Yorgey on the field hockey team. “I was really looking forward to going into this year having these two lead the group because we were coming in with about 12 freshmen. I was really excited to see them in the leadership role.”

An 8-12 freshman season, in which the Falcons finished third in the Frontier standings, ended up being Wilson and Yorgey’s most successful year at Pottsgrove in terms of wins and losses.

One of the things the two seniors and their coach are most proud of is their ability to keep the team positive, even during tough times the last three springs.

“We stuck it out all together,” Wilson said. “I feel like we were strong as a team. We weren’t the best as a team, but we stuck it out no matter what…We never put our heads down. We always pick each other up. That’s one thing Pottsgrove does for softball.”

The relationship between the two seniors, who first played together when they were eight years old, has made that positivity and leadership possible.

“Me and Savannah are very similar, but we’re quite opposite,” Yorgey said. “We kind of just piggyback off each other. We’re both very positive influences. Savannah is someone I look up to as a player and a person, and I think with each other on the team, especially this year knowing we were both captains and leaders together, I think that it really helped the team as a whole because of how close we are. It just showed a lot of leadership.”

Wilson will continue her softball career at Penn State Berks next season, where she will study kinesiology, while Yorgey will hang up her cleats. She is currently in cosmetology school and plans to work full-time at Lords & Ladies in Perkiomenville after graduation with hopes of eventually becoming a hairstylist.

After helping celebrate the event for their older teammates for the last three years, Wilson and Yorgey said what they were most looking forward to this season was their senior night.

While she won’t have a designated day to acknowledge the contributions of Yorgey and Wilson to the program over the past four seasons, Bedard wanted to make sure it’s known they did not go unnoticed.

“The seniors in the past, I haven’t been with them for as much time as I would have been for Savannah and Jayde,” Bedard said. “So it does break my heart that I won’t be able to have this season with them and have those monumental things that they usually go through. It would have meant a lot more than in the past.

“But in terms of the two of them, I feel that their performance to the program and what they’ve given us, I don’t think there was any unfinished business with what this year could have been because they’ve both been such steady leaders throughout the four years. Of course I wonder what could have happened on the field and where we could have gone that way, but in terms of how their qualities turned them into good teammates and leaders, I don’t think there’s any unfinished business there.”