Senior Spotlight: Lindsay elevated Upper Perk’s ceiling at plate and behind it 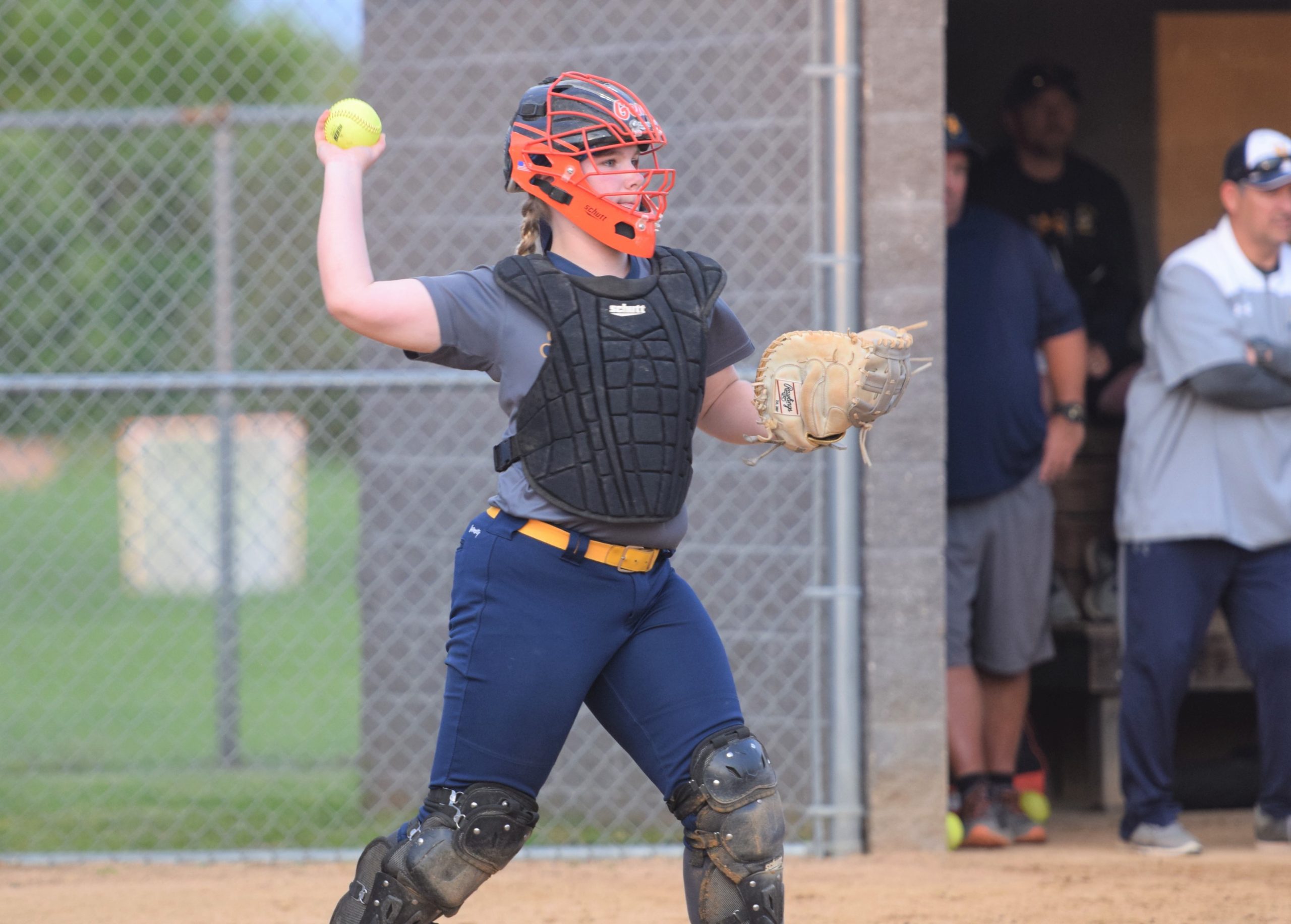 For the past three seasons, Upper Perkiomen softball coach Dean Sullivan hasn’t had to worry too much about opponent’s running games.

A pre-game toss down to second from catcher Morgan Lindsay has dismayed most runners from trying to swipe an extra bag before the game even started.

“She’s dominating, intimidating to players on the opposing teams,” Sullivan said. “Just in warmups alone, watching other teams watch her fire the ball down to second base on throwdowns when she’s catching.”

After the cancellation of the spring sports season due to the coronavirus pandemic, Lindsay won’t get the chance for a senior season alongside classmate Kelsey Bernhart to cap her terrific career for the Indians.

Lindsay, an impact player since her first day at Upper Perkiomen, will still leave a tremendous legacy from her three seasons with the Indians as she departs for Division I Colgate University next season.

“It’s definitely hit me that’s over, and I’ve had an amazing career at the high school level, and I think it’s because all the players have pushed me to be better,” Lindsay said.

While Lindsay has become quite comfortable behind the dish, that wasn’t always the case.

Her first experiences playing catcher were in the backyard when her older sister Taylor, now a pitcher at York College, made Lindsay squat down and catch her bullpens.

When she began to play on the 12U travel teams as an 8-year-old with her sister, Lindsay naturally gravitated toward the position.

“I actually didn’t want to be a catcher because I always had to catch my sister,” Lindsay said. “I actually stayed away from catching. I was a centerfielder, but I’ve just grown to love catching because you play every pitch and you have control of the field.” Morgan and Taylor Lindsay played two seasons together at Upper Perk with Taylor in the circle and Morgan behind the dish. Sullivan, who also coached the two in travel ball, remembers a number of sisterly arguments between them on the softball field.

“We definitely had chemistry because I’ve been catching her my whole life, which is pretty cool, but there’s definitely that rivalry going on so that was also fun.”

In 2017, the Indians tallied a 22-4 record, went to the Pioneer Athletic Conference championship game, won the program’s first District 1 championship and made their first trip to states, where they advanced all the way to the PIAA Class 4A semifinals.

Upper Perk followed up that special 2017 postseason run with a 17-win season in 2018, when the Indians won consecutive District 1 championships and advanced to states for the second year in a row.

“As a freshman, (Morgan) kind of put the team over the hump,” Sullivan said. “We were always a competitive team. Once we got her, everything turned around and we were one of the top teams in the PAC.”

Upper Perk’s 22 wins in Lindsay’s freshman season were more than the team’s win totals in the previous three seasons combined.

Even without her sister and the other leaders from the 2017 and 2018 squads, Lindsay helped make sure Upper Perk stayed among the top teams in the PAC last season.

The Indians won 17 games again in 2019, advanced to the District 1 semifinals for the third straight season, and qualified for the PIAA tournament for the third consecutive year. Lindsay has been among the best — if not the best — catchers in the area during her entire career at Upper Perk. The Indians’ standout was a Mercury All-Area first team selection in her freshman and sophomore seasons.

Her talents have also been recognized around the state. She was a first team all-state selection as a freshman and then once again last season, when Sullivan said she was intentionally walked about 16 times.

Lindsay eclipsed 100 hits for her career near the end of last season and had hopes of potentially reaching 150 for her career in 2020. While she’s not quite certain the exact figures, Lindsay still thinks she’s at least in the ballpark of her sister’s career hit totals in just three seasons.

“I definitely have more home runs though,” Lindsay said.

Sullivan knows at a smaller school like Upper Perk, a talent like Lindsay isn’t likely to walk onto the field for the Indians any time soon. She’s raised the bar high for those who follow her in the Upper Perkiomen softball program.

“We’re going to miss her a lot, the bat and the presence catching alone,” Sullivan said. “We do have some younger players that will step in and do it, but losing her, she’s a once in a lifetime player I’ll get.”