All-Delco Boys Basketball: With help from above, Watkins’ season of redemption (almost) complete for Chester 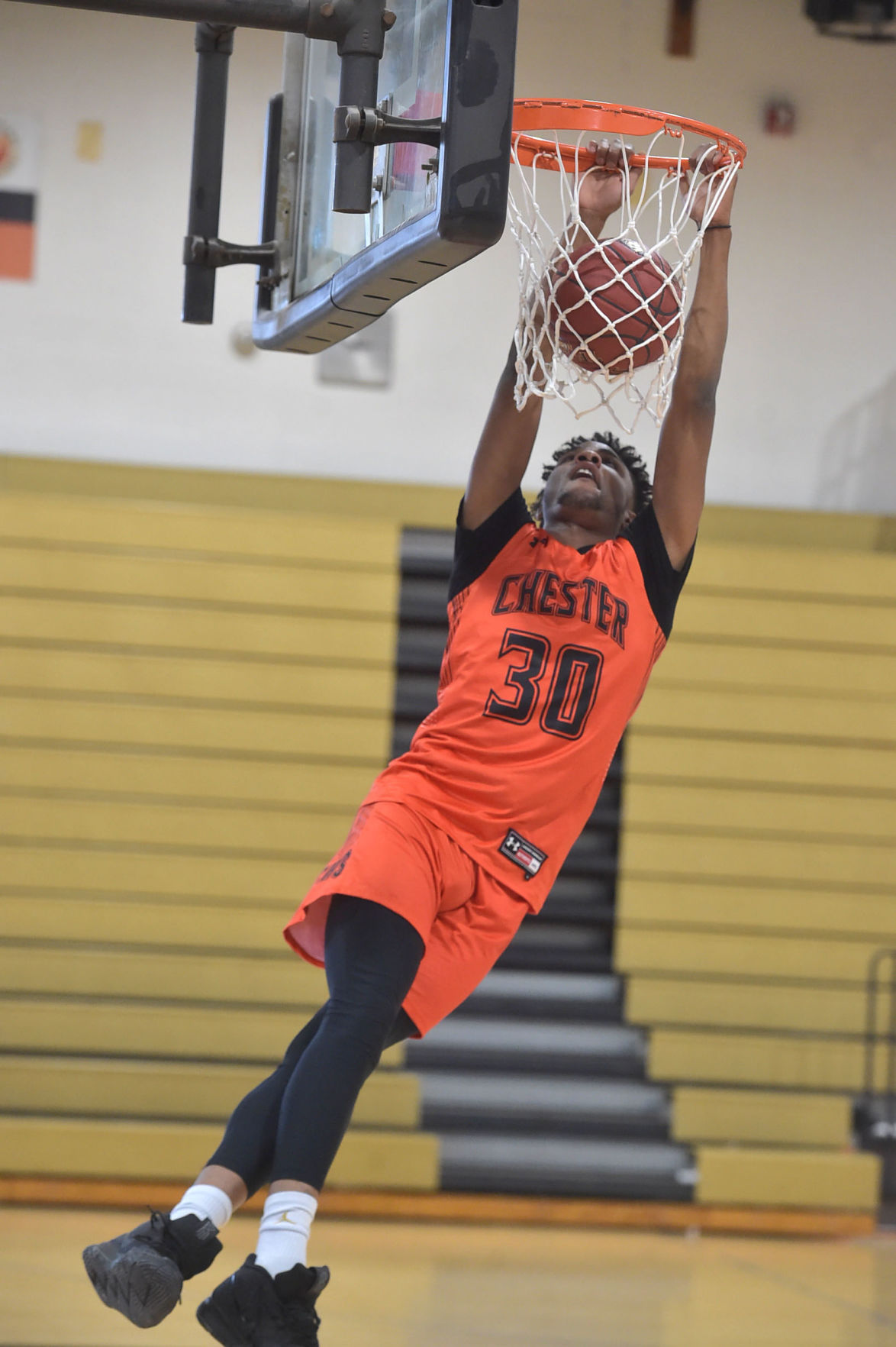 Neither Karell Watkins nor Chester High coach Keith Taylor shy away from the fact that the 2018-19 season ended on poor terms.

Watkins, a talented sophomore, helped the Clippers win 21 games. But his season ended prematurely, suspended for a violation of team rules for four games, one in the District 1 tournament and all of the Clippers’ run to the PIAA Class 6A quarterfinals. In a basketball program that seeks to teach more than the game, the loss of Watkins’ 19.9 points per game wouldn’t supersede the rules.

It also meant that to move forward with a promising career, player and coach needed to clear the air once the season was over.

Chester’s Karell Watkins goes to the net in the first quarter of a PIAA Class 6A game against Simon Gratz that the Clippers would win at the buzzer. (Pete Bannan/MediaNews Group)

“He came to me,” Taylor said. “That shows his maturity. He came to me toward the end of the summertime saying that he wanted to be part of the team again. He knew that he had messed up, he knew the mistakes he made in the past, he knew he was wrong, and he wanted to come back and do anything he could do to help us win. And he did that.”

“He gave me a second chance,” Watkins said. “We sat down to talk about it and he told me, ‘this is what I need to do to be a better person,’ and I just accepted it, took that, humbled myself, and went forward. … I appreciate Coach Taylor because without that second opportunity that he gave me, I wouldn’t have been able to accomplish what I did this year with this team.”

Watkins has made the most of that chance. He’s grown not just into a more dominant player on the court, but a more accountable one behind the scenes. He’s extended his ability to take over games as a junior – doing it more often, for longer stretches, in more ways.

Watkins’ ability to meld maturity and humility with his undeniable talent brought out the best in the player and the Clippers. It’s why he’s the 2020 Daily Times Boys Basketball Player of the Year.

The team is evenly split between juniors (Schaller, Watkins, Seidman) and seniors. Taylor and Watkins were second-teamers last year. The All-Delco team is selected in consultation with area coaches.

Legacies are a thorny proposition in the era of coronavirus, when PIAA state-title aspirants had their season cut short by the closure of schools and the cancellation of states. But the final moments of the Chester season, under the most adverse of circumstances, crystallized its reputation.

On Tuesday, March 10, four teenagers were shot in Chester. Two 15-year-olds, Ed Harmon and Tayvonne Avery, died. Another two, including Jermere Clark, were wounded. Both Harmon and Clark were sophomores on Chester’s JV team who had recently been promoted to varsity.

The Clippers got together that day to mourn their fallen brothers and decided they would play their PIAA Class 6A second-round game against Simon Gratz a day later.

It proved to be one of the most memorable games in the program’s history, with a miraculous finish, Zahmir Carroll taking a feed from Watkins and hoisting a 35-footer at the buzzer for a 63-62 win.

Chester’s Karell Watkins, here reacting to a foul call during a district semifinal loss to eventual champion Methacton, turned himself from suspended player to team leader in the space of one very impressive year. (Pete Bannan/MediaNews Group)

“We were just heartbroken as a community,” Watkins said. “We were playing off of sad emotions. There was no anger, it was just sadness. And we were hoping Ed was there with us watching over us. And I believe Ed was with us because when Zahmir hit that buzzer beater, he was standing on one leg.”

The way the Clippers handled themselves, while grieving and with COVID-19 casting a pall over the tournament that would lead to postponement two days later, showed the maturity that Watkins and others have gained.

In pondering the legacy of this group, Keith Taylor points to its resilience. It showed in honoring Harmon’s memory. But it was also prevalent in less dire times. This version of the Clippers isn’t the most talented. But its style was distinctly tenacious, led by people like Akeem Taylor, Watkins and Carroll, who never shied away from the inglorious work.

“Everybody’s got a role on the team,” Watkins said. “We all play our roles, but it’s people that love to do a little extra to help the team in a positive way, that love to go above and beyond. Without coach saying anything, they like to show him what they’re capable of doing.”

Watkins did plenty of that. He finished the season again averaging 19.9 points per game and added 12.5 rebounds. He’s less heralded for his passing (2.6 assist per game) and his ability to impact the game defensively (2.4 steals, 1.2 blocks per game).

The postseason, save for a semifinal blowout to eventual District 1 champion Methacton, became a parade of gaudy stat lines. Watkins had 24 points and 10 rebounds against Gratz, 22 and 6 in the states opener against William Allen, 18 and 10 against Bensalem, 23 and 11 against Lower Merion’s Demetrius Lilley, 20 and 10 against Haverford.

Watkins scored in double figures in all but one game (and missed a game due to injury late in the season). He had 16 20-point games, topping out with 32 against Chichester, part of a run of nine straight 20-point outings. He tallied 46 points in two states games, and became one of a select few Clippers to eclipse the 1,000-point mark as a junior, entering his final season with 1,111 points.

“He matured an awful lot coming from last year to this year, took more of a leadership role for our team,” Keith Taylor said. “When our guys were looking for someone to come through and to do something, they looked toward Karell to do it for them and give them some sort of guidance, put them on their back and take them where they needed to go.”

Watkins will enter his senior season in search of an elusive ideal ending. As a sophomore, the disappointing finish was his doing. As a junior, it was beyond anyone’s control.

But with the lessons of youth learned, Watkins wants to keep building.

“My plan is going in as a senior, being a team leader, doing the best I can, and being coachable and helping the younger ones that are coming up in ninth, 10th and 11th grade,” he said. “I’m trying to help them better themselves, be coachable and have the humbleness like I did.”