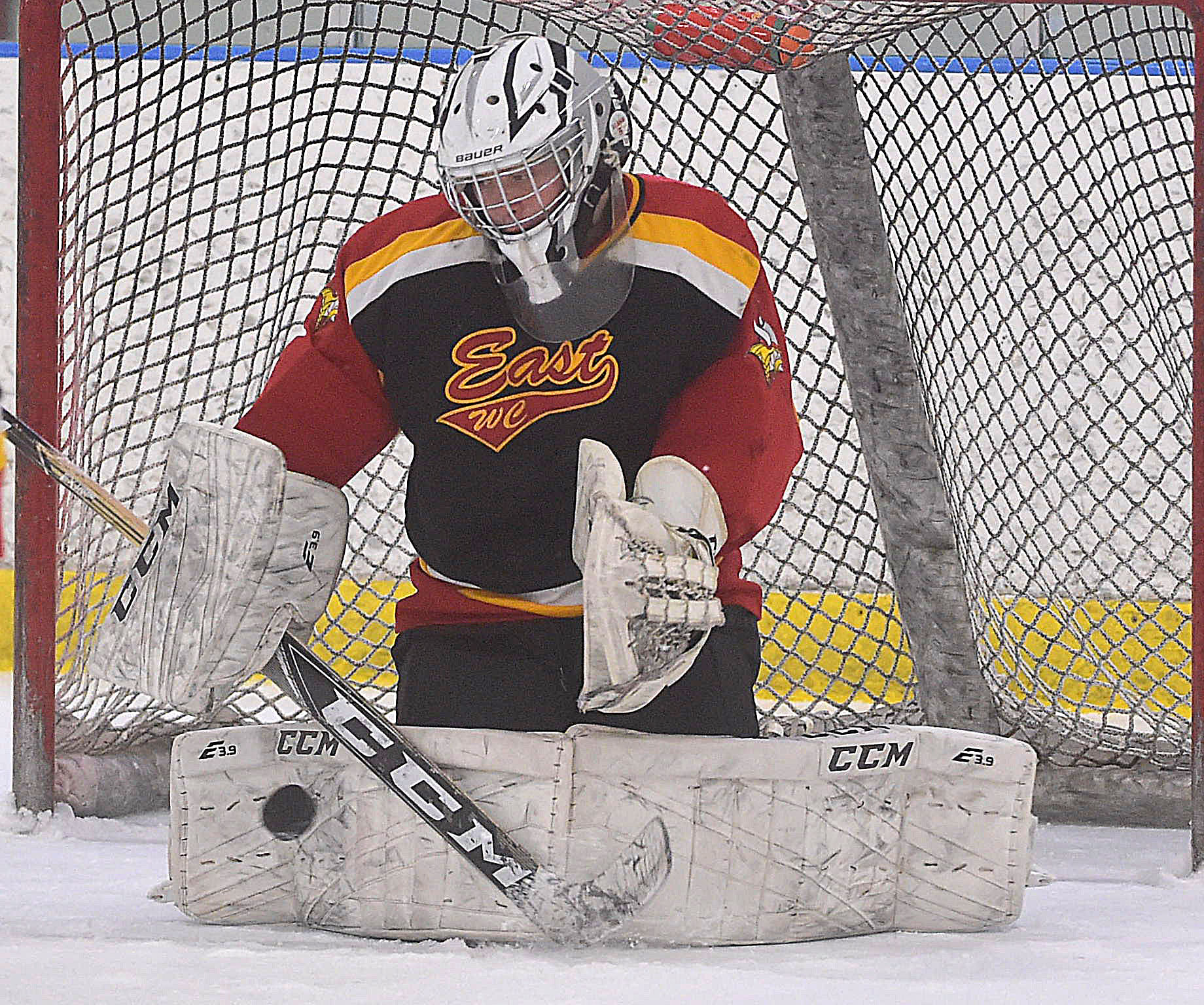 The senior was second among boys in the ICSHL in points with 55, behind only Perkiomen Valley’s Hunter Ringwood. His 30 goals were just one off the ICSHL lead, and he helped Unionville to a 10-7-1 overall record.

With 19 goals and 11 assists, the Friars sophomore was second in points (30) in the Atlantic Prep Athletic Conference (which includes St. Joe’s Prep, La Salle and Holy Ghost Prep). He had two goals and three assists in a February win over West Chester Rustin.

The senior had 15 goals and 11 assists for a very strong Whippets’ squad, which finished 11-5 and was still alive in the Flyers Cup when it was suspended in March. He had two game-winning goals for West, including one in a Novemeber win over archrival Downingtown East.

In what may be classified as the first ever “average” season for the Rustin hockey program (if you could 11-6 as “average”), Page is the engine who made the Knights go. He had four goals and 11 assists from the back, all while locking down opponents’ top goal-scorer.

The sophomore had 23 points from the back for the Vikings, who went 14-5 and won the Ches-Mont League title. Combined with junior goalie Jake Godshall, a fellow first-teamer, the Vikings are going to be tough to score on again next year.

With a 2.51 goals against average in 20 games, the junior backstopped the Vikings to a big season, going 15-5 in net. His .894 save percentage ranked near the top of ICSHL goalies with more than 10 starts.

“Heading in, I thought we’d have to win games 6-4 because the Ches-Mont lost a lot of good goaltenders and defenders,” Wold explained. “We thought the offense would be more at the forefront.

“At times, we struggled to score, and I did not think that was going to be our problem.”

Undaunted, Wolf and the Vikings found their footing on defense thanks to an infusion of some young defensive replacements, and implemented a style of play that led to a 21-7-1 overall record. It also earned Wolf Coach of the Year honors.

“I thought we were maybe a year away,” Wolf said. “But some things broke our way and we played good defensive hockey. We kept a lot of teams off the scoreboard. We weren’t the highest scoring team but we learned how to play in tight games.

“The guys bought in to what we were saying as coaches.”

With first-year starter Jake Godshall in at goaltender to replace graduated all-league standout Joe Galitski, East went wire-to-wire to win the division with a 9-3 mark. The junior got a lot of unexpected help from young defensemen Michael Cardarelli, Nick Watson and Logan Soster.

“Jake sat behind Joe and got to see what it took, and he stepped right in, and was a very pleasant surprise,” Wolf said. “We threw (the young defensemen) out there and they were either going to sink or swim. Well, they could swim.”

The Vikings lost Cardarelli to a knee injury late in the regular season, and then Godshall suffered a pulled muscle in East’s final practice before the postseason began. Nevertheless, the Vikings edged Unionville in overtime in the semis and topped West Chester Henderson, 6-2, in the Ches-Mont final to win the program’s first title since 2013, and the first of Wolf’s five-year coaching reign.

“Everybody was writing our obituary, and we really stepped up,” Wolf said.

“It kind of made it all the more remarkable that we won it. We played with a goaltender who was kind of on one leg and without our best defenseman. But it all reverts back to how our team was. They picked each other up.

“This group was resilient. That’s something that is hard to coach. We lost our last two games heading into the playoffs and we could have curled up and died. But they didn’t. We just kind of simplified our style and little bit.”

DLN ALL-AREA: Unionville goalie Robitzer proves to be worth the price of admission
DLN ALL-AREA: Downingtown East’s Prestayko carries on family tradition with presence on the ice