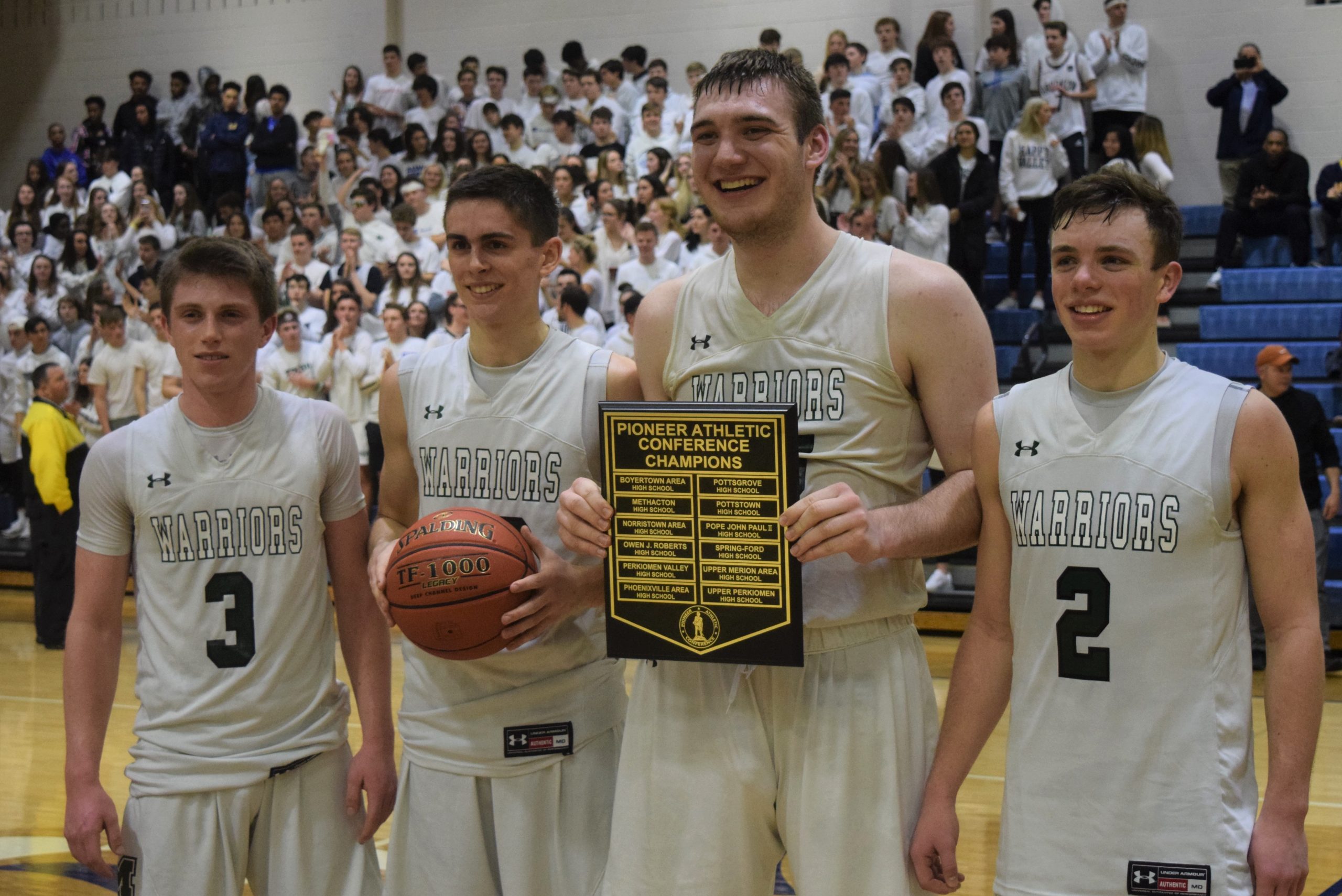 While the official news that her senior season was over had yet to come, the Upper Perkiomen swimmer came to the realization that her high school career was likely over about two weeks ago.

Fresa like many other winter sports athletes around the state had visions of capping her season with a state gold medal, but the coronavirus pandemic forced the PIAA to postpone the final meet multiple times before officially announcing the cancellation of all winter and spring sports championships Thursday.

“At this point, I had already assumed it was going to be canceled,” Fresa said. “Initially I was really upset. I cried. Right now, I already accepted it. I’m sad I’m not going to be able to do it, but I have four more years swimming at college and everything. It’s not over.”

Fresa was the only senior among the five Mercury-area athletes who did not have a chance to compete at the PIAA Class 2A swimming championships. Also included were teammates junior Devin Romanowski, junior Kayman Heater and sophomore Darragh Martin and Pope John Paul II freshman Henry Phillips.

“We were all kind of optimistic, but we were all kind of realistic,” Woodward said. “We all knew that every week that went by, every two-week delay they put on the tournament, our chances of getting to finish it was getting slimmer and slimmer.”

“To find out this way (that our season ended), it’s hard,” he added. “But I think all the things we accomplished really speak for themselves about how much we were able to do and how much we still had left to do.”

Though she had yet to taper this season, saving her best times for states, Fresa left the District 1-2A championship with a gold medal in the 100 and a silver medal in the 200 and was seeded second in both events heading into the PIAA championships.

Fresa, who has all but two individual records at Upper Perk, wasn’t able to get one last chance for a state gold medal but that doesn’t take away from a decorated career.

“I was hoping to be a state champion, and that didn’t happen, but overall I think what I did in those four years was really impressive,” Fresa said. “It’s been really surreal just how good I’ve gotten over these four years compared to where I started.”

Pope John Paul II (21-6) was in the midst of its deepest run in school history after defeating District 11 champion Allentown Central Catholic in the second round of states. The Golden Panthers, who had never been to the semifinal round, was to face District 11 three seed Tamaqua in the quarterfinals.

This PJP team will still go down as the school’s best in its 10-year history. The Golden Panthers set program records for regular season wins (17), overall wins (21) and advanced to the Pioneer Athletic Conference championship game for the first time since the school opened in 2010-11.

“I can’t imagine what the spring athletes are feeling with all the hard work they put in the fall and the winter,” McKeon said. “It stinks. There’s really no other way to put it. It stinks. But it does put it into perspective because at least we had what we had. A lot of teams don’t get to play basketball into March anyway. It’s nice to look back and see that we did have 27 games together and a whole season.”

Methacton (28-2) already won its third straight PAC championship and the program’s first District 1 championship before opening its first two PIAA games with 20-plus point wins to set up a rematch with Roman Catholic in the state quarterfinals.

The Warriors, which lost on a buzzer beater to Pennridge in last year’s state quarters, had aspirations of reaching the PIAA semifinals for the first time in school history and were considered one of the state favorites since the start of the season. Over the past two seasons, this Methacton team won a combined 52 games and twice advance further in states than any other team in program history.

“Especially the seniors, we’ll always probably look back on this and think, ‘Damn, what could have been,’” Woodward said. “But you’ve got to move on now. It’s finished now and you have to move on.”

The events of the past month have reminded McKeon the truth in the coachspeak he’s heard in his basketball career. While a loss is certainly more likely than a global pandemic to end an athlete’s season, they truly never know when their final game will come.

“That was something, I wish I could go back to that (Allentown CC) game and relive it because I know everyone says play every game like your last, but it’s so much easier said than done,” McKeon said. “Then, literally none of us could imagine what was going to end up happening the way it did. I’m just glad we ended on a positive note, and it’s a very exciting ending that I don’t think we’ll ever forget.”