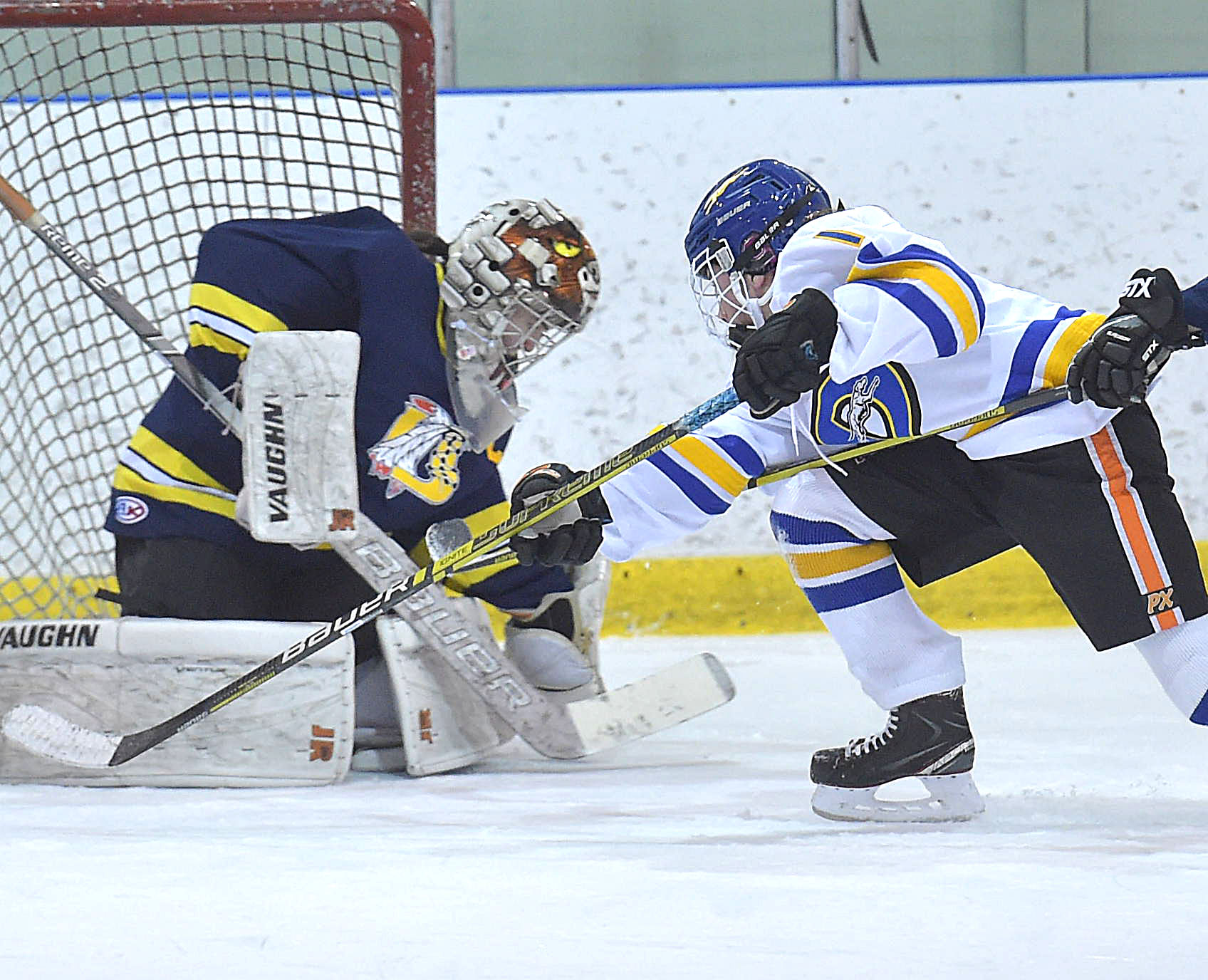 All-Area Player of the Year

With 26 goals and eight assists, the first team All-ICSHL and National selection led the Unionville offense to a 12-5 record and a spot in the Flyers Cup semifinals.

Her 17 assists were tied with fellow first-teamer Thomas for second in the ICSHL girls division. The first team All-ICSHL and National choice added 21 goals to total 38 points and lead the Whippets to a 10-7-1 mark.

The lockdown defenseman had 31 points and three game-winning goals for the combined Shanahan/East team, which put together an impressive 11-5-1 season in its first year as a combined squad. Jacoby was a first team choice in the ICSHL and in the National Division

A second team choice in the National Division, Campanile had 15 goals and seven assists from the back, while anchoring a defense that allowed just 33 goals in 15 games.

The second team National Division netminder had a gaudy .941 save percentage in 10 games, which was the second-best number in the entire ICSHL — boys or girls — behind only All-Area Player of the Year Mattie Robitzer. Her impressive goals against average was an impressive 2.83, and her 462 saves were second among girls behind only Robitzer.

In an effort to keep an existing program alive, while at the same time helping to start a second brand new program, the girls’ ice hockey teams at Bishop Shanahan and Downingtown East were combined for the 2019-20 season.

“Downingtown East was trying to get a program started but they didn’t have enough players,” said head coach Jeff Wallace. “We were also a little light on players, so it made sense to combine. We’re doing that for a couple years.”

Despite being a rookie head coach, and facing all of the inherent challenges of fielding a team from two schools, the squad responded with an 11-5-1 record. For his efforts, Wallace has been named the Daily Local News Coach of the Year.

“That was a neat challenge,” he said. “Are we Shanahan or East? But we made a collective decision early on that we are one team of hockey players.

“We wore Shanahan jerseys to keep costs down because that’s what we had, but we put a Downingtown East patch on every jersey.”

A West Whiteland resident, Wallace’s first introduction to girls’ hockey happened about a decade ago, when he took his young daughter, Amanda, to IceLine.

“I friend of mine said he was going down to the rink to watch a girls’ hockey game, so I took Amanda with me,” Wallace recalled. “She was only six years old, I put her on the bench, and she loved it.”

A few years later, Wallace became an assistant coach on Amanda’s Junior Flyers club team, and he spent eight seasons there until becoming a high school head coach. Amanda is now a prominent sophomore on his team.

“About eight years ago, girls’ ice hockey really started to take off,” Wallace said. “We now have 20 girls’ teams in the ICSHL. It’s phenomenal.

“We had a lot of new players on this team and all kinds of skill levels, so it was a challenge. I told the parents up front that my coaching philosophy was that everybody is going to play, and that’s what we did until the last five minutes of each game all the way through the season.”

With a roster of 18 players, Wallace’s team improved steadily. Shanahan/East dropped an early game to established Unionville, 5-2, despite outshooting the Indians 65-12. But in the second meeting in the final regular season game, the Eagles/Cougars prevailed 3-1, slipping three goals past player of the year goalie Mattie Robitzer.

“This season was rewarding,” Wallace said. “We had two first-time hockey players and it was courageous to see them come out and play.

“For me, it’s all about growing the sport and letting the kids play. It’s a sport after all, so let them go out and have fun.”

After PIAA cancellation, Chester wonders what could have been
DLN ALL-AREA: Unionville goalie Robitzer proves to be worth the price of admission