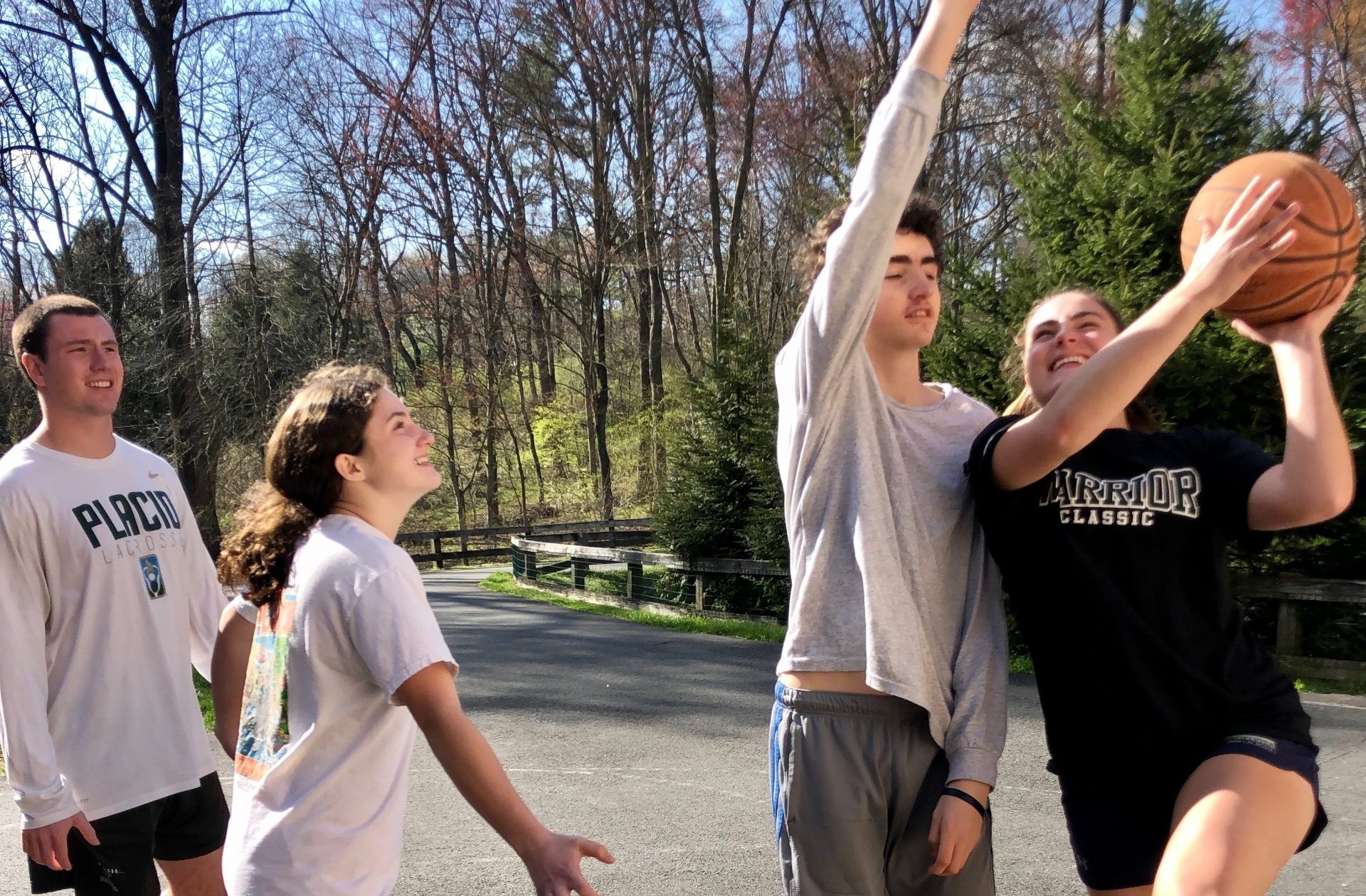 At the Fowler residence in Landenberg, competitions pop up all the time. Not unusual with four athletic-minded siblings.

With stay and home guidelines now in effect to battle the coronavirus pandemic, it was only a matter of time until the Fowler’s squared off in the driveway for some two-on-two basketball, family style. It was an opportunity to get out and get the competitive juices flowing.

“It was just the other night,” said Maddie Fowler, a three-sport standout at Kennett High School.

The contest pitted Maddie and her 16-year-old brother, Luke, against her older brother, Colin, and younger sister Claire, an eighth grader.

“It initially started as a nice, friendly game,” Maddie reported. “And then towards the end, as it was getting closer and closer, it became pretty intense. There was some trash talking. Both sides wanted to win so badly.”

That ‘never surrender’ mentality helped Colin earn an athletic scholarship to Lehigh to play lacrosse. And Maddie was poised for another standout senior season until COVID-19 put it all on hold. As a junior, Maddie was a first-team all-league and all-area midfielder with 56 goals and 22 assists.

“I can firmly state that you will not find a more competitive, driven individual than Maddie,” said her coach, Lisa Daugherty. “Her intensity level on the lacrosse field is unmatched as she continually sets the standard on and off the field.”

With Fowler — the team MVP – leading the way, the Blue Demons staged a breakout season in 2019.

“We are returning a lot of the players from a team that went to the second round (of the PIAA Playoffs) for the first time in a very long time,” she said. “We had a big upset on the road against Spring-Ford and we competed with Unionville to the end, and that hadn’t happened in a long time.

“It is tough to know that our senior season is probably going to be taken from us. We’ve put in so much work and everybody was excited to see what we could do together this spring.”

“It is a huge part of my life,” she said. “But I’m also driven in the classroom. I want to be the best athlete and student I can be.”

Fowler’s also earned varsity letters in basketball and tennis. She suffered a knee injury and had surgery prior to her junior season, but still played at an elite level. Being unable to finish off her high school career has been difficult.

Fowler has already committed to playing collegiately at Drexel and plans to pursue a career in nursing.

“Not many athletes possess the drive, stamina and determination needed to day-in and day-out work the ‘grind’ of sport,” Daugherty said. “Madeline will not settle for mediocrity.”