Mercury All-Area: Like she envisioned, Niness becomes one of OJR’s standard bearers 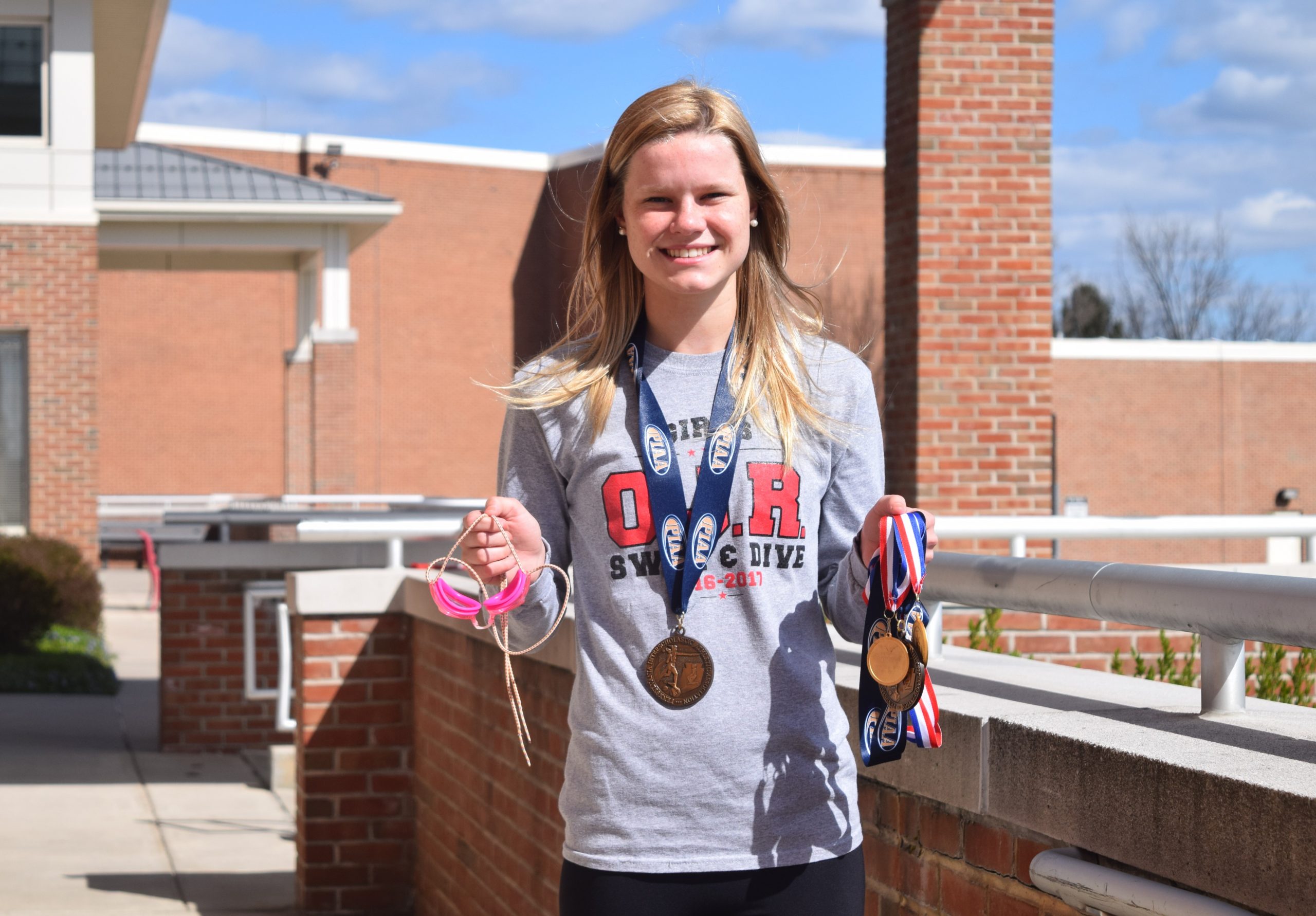 When Mikayla Niness walked through the doors as a freshman at Owen J. Roberts four years ago, she peered up at the record board on the pool deck like many ambitious swimmers do.

Along with finding tangible goals to chase like school records and league, district and state medals, Niness also had her eyes on a more abstract ambition as she entered a program that had a lengthy record of individual and team success.

“I wanted to leave a mark because I know a lot of swimmers who have come through have made big impacts,” Niness said. “There’s names that stick out, and I just wanted to be something like that and be remembered at my school for something. I felt like that was my way in through swimming. I just kind of made it a goal from there and worked hard to hopefully get my name there.”

The OJR senior, a three-time first team All-Area selection, was also a team captain and earned the PAC All-Academic and Citizen-Athlete awards this winter after earning both awards for the cross country team last fall.

The all-around accomplishments of Niness’ career in addition to a triumphant senior season have earned her one more accolade: the 2019-20 Mercury All-Area Girls Swimmer of the Year.

“She’s a great kid. She really is,” OJR head coach Kevin Bott said. “She has been a great pleasure to coach over the years, and her teammates really respect her. She has a bright future ahead of her at the collegiate level, and we’re all really proud of her.”

Niness was a second team All-Area selection as a freshman when she finished third in the PAC meet in the 200 free and finished 26th and 30th in the 500 free and 200 free, respectively, at the District 1 championships.

In her first year at OJR, Niness said she looked up to then seniors Laurel Fink (Nova Southeastern) and Morgan Hansen (Fairfield) as well as her brother Carter, currently a sophomore at Susquehanna, and some of his friends on the boys team.

It was nothing new for Niness, who is the youngest of three children. Carter and older sister Devon, who finished her career at Susquehanna last spring, have provided motivation for her throughout her life.

“I’m the youngest, so I’ve always tried to be competitive and live up to my siblings’ accomplishments,” Niness said. “I’m always looking up to older people and what they do and trying to be like them.”

“They pushed me in practice and I always tried to be right with them,” she added on Fink and Hansen. “I think they started me off with everything, and I can’t thank them enough for me being a better swimmer.”

OJR’s Mikayla Niness looks up after her winning the 100 freestyle during the PAC Championships. (Barry Taglieber – For MediaNews Group)

Niness, also a member of the OJR cross country and track & field teams, has steadily grown as a swimmer the past four seasons, turning into the Wildcats’ standard bearer.

A switch to the 50 free and 100 free as a sophomore translated to gold medals at the PAC championships, fifth and 15th place finishes at the District 1 meet and her first trip to states.

Last season came two more PAC gold medals, a gold medal in the 50 free and a seventh place finish in the 100 free at the District 1 championships, and her first time competing in multiple individual events at states. She medaled in the 50 (seventh place) and missed the finals by one spot in the 100 (17th place) at the 2019 PIAA Class 3A Championships.

“She has great tempo and she loves to race and has this explosiveness, and you need that in those events,” Bott said of Niness’ success in the 50 and 100 free. “She’s also talented in other events as well. She can swim the 200 free, the 500 free, the 100 fly, the 100 backstroke, the 200 IM. She can do all those events very well. She’s versatile, but when you only get to swim a certain number of events at certain meets, she’s going to stick to the sprints.”

Niness’ senior season ran into a bit of a snag when she got the flu. Then Niness got the flu again and a concussion to boot, keeping her out of the pool for about a month. But Niness said her teammates and Bott helped her get through the tough time.

When she returned to the pool, it took Niness about a week to return to strength. She ended her career with two more PAC gold medals (this time in the 100 and 200 free) and followed with another District 1 gold medal in the 50 free and a career-best fourth place finish in the 100 free at districts.

“Obviously it was a challenge during the time,” Bott said, “And our goal was No. 1 to get her back healthy and stay as positive as we could throughout the course of the season and continue to have her believe in herself. We were very proud of the resilience throughout the course of the season. She kept believing in herself, and she swam spectacularly.”

Though the coronavirus pandemic kept her from racing the 100 free finals at the PIAA Class 3A championships as the second day was cancelled halfway through, Niness was able to add another seventh place finish at states in the 50 free to cap her career.

“It’s really cool to just see everyone up at the stands looking at you and teammates looking at me and being proud of me and my coaches,” Niness said. “It was just a nice way to end my senior year.”

More than the individual success in the sport, what drew Niness to swimming when she was younger was the community environment and team support she felt when she showed up to her first swim meet.

The Wildcats finished this season 10-0, earning a fourth straight PAC championship and capping a 38-0 league record during Niness’ time at the school. There’s not doubt Niness has played a large role in that success both with her efforts in the pool and out, setting the tone for the OJR swimmers who come after her.

“I’m hoping to be remembered as a positive person who anyone could come to and be a friend to,” Niness said. “That was the whole thing for me, having fun and being someone else’s supporter and helping them be better … I always wanted to pump people up and let them know that they were good and they could do anything they set their mind to.”

With a terrific high school stint in the books, Niness heads to West Chester University to continue her swimming career. She will once again try to find a way to leave her mark.

“I’m really excited to swim there,” Niness said. “Their program is great. I think the girls team is ranked like No. 3 in the nation, which is crazy for a Division II. It’s really high standards, but I’m really excited. I’m hoping to go to PSACs and maybe place there and then hopefully NCAAs.”

“She came in as a very talented swimmer and has continued to make great progress along the way,” Bott said. “And she has a great college future ahead of her as well.”