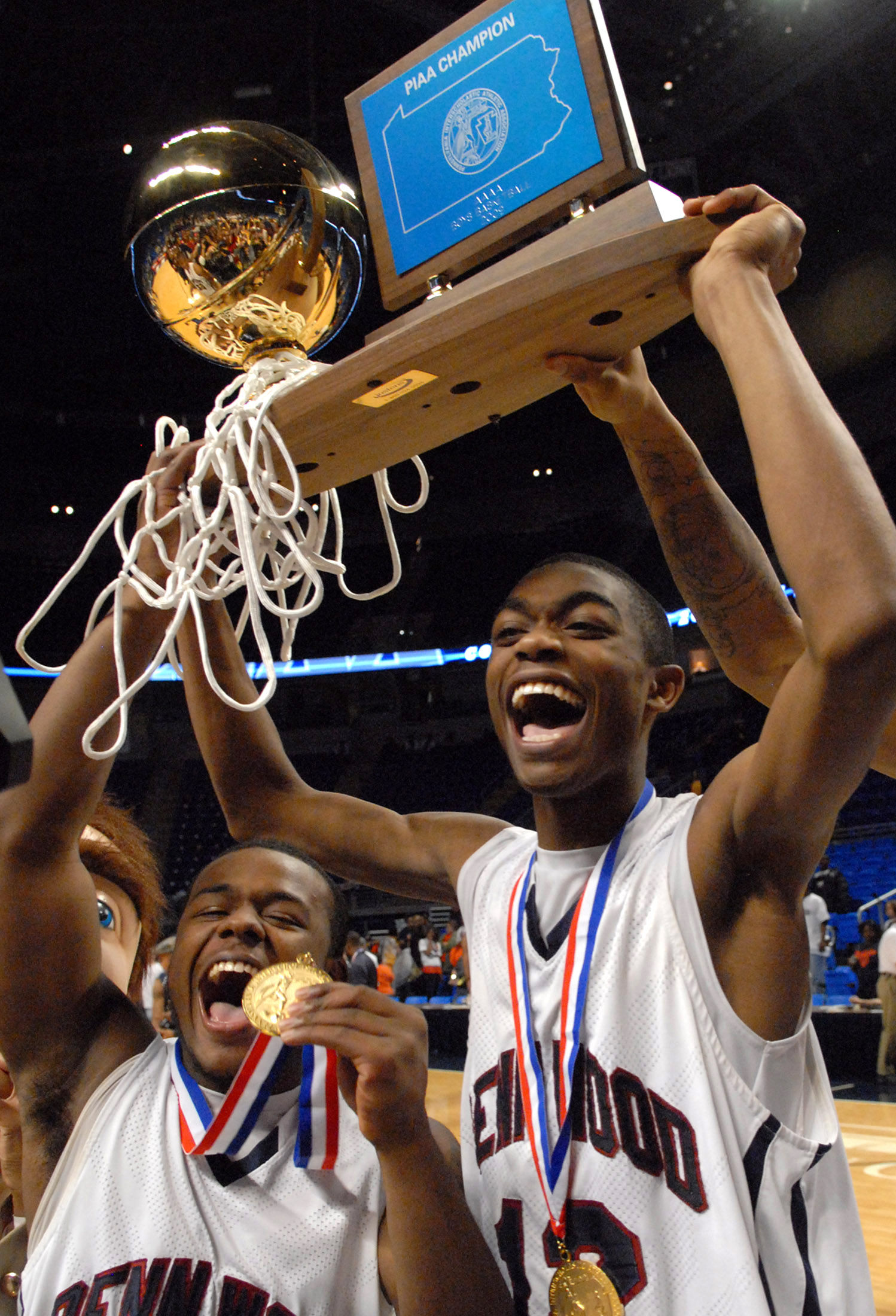 Before the Delco Madness tournament began to determine the best boys high school basketball team in Delaware County history, 2009 Penn Wood coach Clyde Jones had a concern, a complaint and a plan.

The concern: His Patriots were a little under-seeded at No. 6.

The complaint: The selection committee showed what he’d call “Chester bias” in crowding the 16-team bracket with six Clippers teams.

The plan: Dive right into the deep Chester pool … then come up swimming.

For that, the Patriots are right where Jones might have expected two rounds into the mythical tournament. With a 77-60 victory Sunday over surprising No. 14-seed Darby Township (1963) at Saint Joseph’s University, the Patriots became the only non-Chester team in the Final Four.

Maybe he was biased, but it was about what he’d expected.

“I used to use a computer program to simulate high school games,” Jones said. “I used to simulate our games against the teams we were playing.

The Patriots won 28 games in 2009, lost four and rolled York by 19 for the PIAA Class AAAA championship. They have won two more in the Delco Madness frenzy to reach the semifinals, where Saturday they will meet the 1983 state-champion Clippers at the Wells Fargo Center.

After eliminating the 1958 Haverford state championship team in the first round, Penn Wood faced the possibility of needing to defeat three Chester teams for the championship. But when the surprising Eagles stunned third-seeded Chester (2008) in Round 1, Penn Wood would face one of only two remaining mid-majors.

Impressive as Darby Township was in rolling to a small-school championship in 1967 with a 27-1 record, and then as popular as the Eagles became after that first-round stunner over Chester ’08, Penn Wood was ready for anything and used 26 points from Tyree Johnson and Aaron Brown’s 12 points and 12 rebounds to improve to 30-4.

Darby Township, coached by former Harlem Globetrotter Charley Walker, tried to succeed with a well-oiled weave offense. The ever-alert Jones, however, had that well-scouted and the Patriots allowed no back-door layups.

Oliver Smith and Tony Williams bagged 17 apiece for the Eagles, who’d earned their One Shining Moment clip with Leroy Eldridge’s game-winning three-quarters-court shot in Round 1.

In other Round 2 action Sunday:

No. 7 CHESTER (1983) 68, No. 2 DARBY-COLWYN (1963) 66 >> It took longer than five decades, but D-C’s unbeaten streak ended when Clipper Darin Pearsall scored the final five points of the game, including a contested 3-pointer from the corner with a second to play.

Pearsall scored a game-high 22 points and Steve Miller made six steals as the Clippers improved to 34-5.

The Clippers, widely viewed as the best team in Chester’s splendid history, remained undefeated when Erikk Wright connected on three free throws (the last banking in) with no time left after being bumped while attempting a game-winning 3-point jumper.

Carroll enjoyed 38 points from Juan’ya Green, including six in the final 2:30 of regulation to force OT. D.J. Irving added 16 points and 10 assists.

Due to overwhelming ticket demand, the two Delco Madness Final Four events will be split over four days. All games will be at the Wells Fargo Center. The games are sold out.

The survivors will play next Monday night at 9:30.

The survivors will play Sunday afternoon at 2:30.