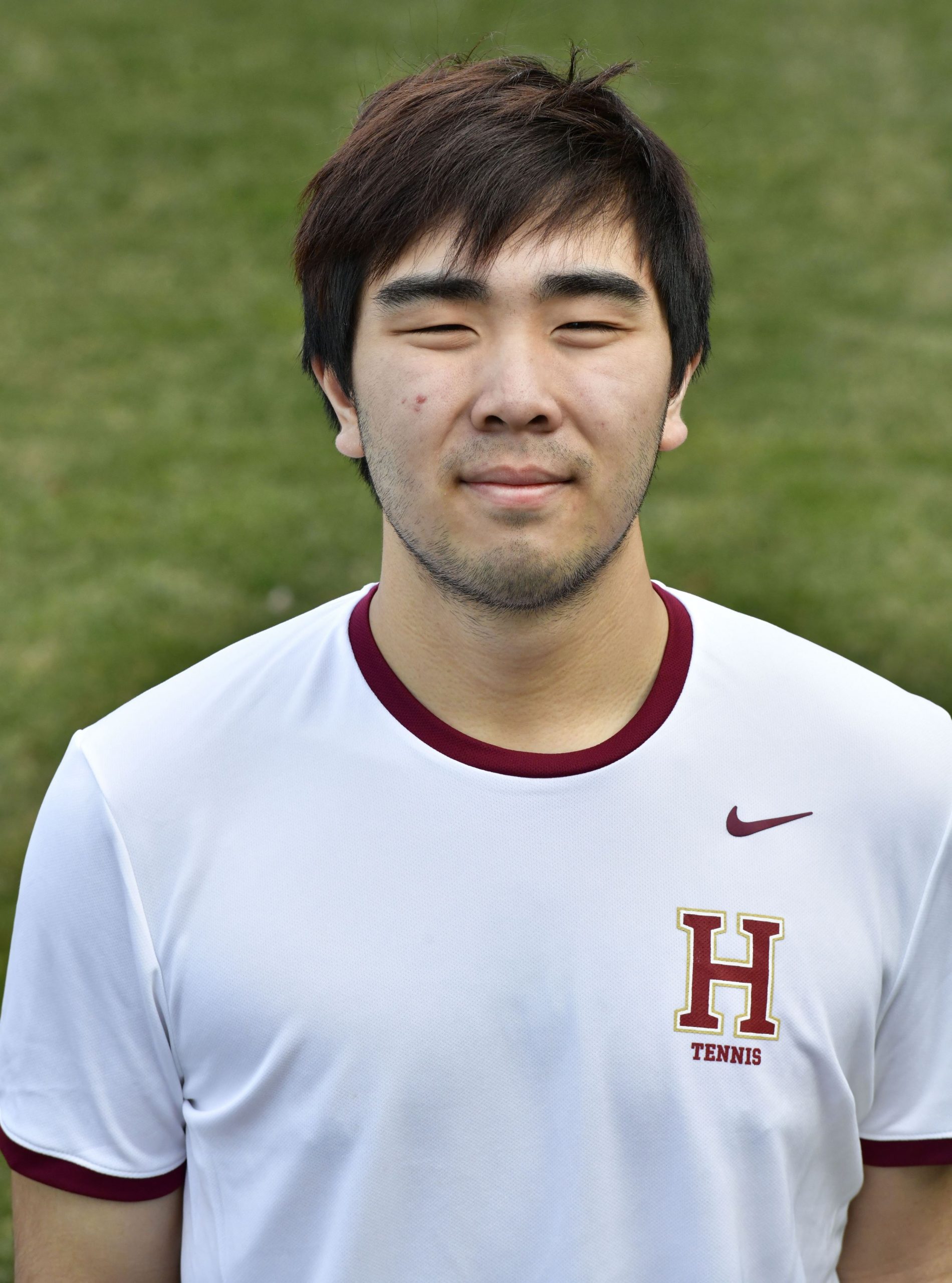 A senior, Sunny Yu was slated to play No. 1 singles for Haverford this spring. He played No. 2 singles as a junior, posted a 9-4 record, and won a deciding three set match at EA to keep Haverford’s streak of 10 consecutive Inter-Ac titles alive. Yu was undefeated in doubles play as a sophomore and freshman at Haverford. Ford head coach Antonio Fink said, “Sunny is a great competitor, and a great leader.”

Q: What were your goals for this spring season? What did you work on most in the off-season?

A: I was really looking forward to competing this season and just wanted to play like I trained. I knew that if I kept to my training and played with passion on the court I would be fine and succeed. In the off-season I worked really hard on playing more aggressive and moving into the court more to finish off points.

A: My favorite tennis player is Nick Kyrgios. I think he has one of the best forehands and serves on the tour and his attitude in team events is spectacular. I based my off-season a lot on his play style and tried to play similar to him. He plays incredibly aggressive and with that he has become a major threat on the tour.

A: I think the strongest part of my game is my forehand. I like to utilize my forehand as much as I can, running around shots in the middle and trying to get a good angle for my forehand. With that being said, I think there is a lot of room for improvement in my backhand and volleys.

Q: Last spring, you won a deciding three set match at EA to keep Haverford’s streak of 10 consecutive Inter-Ac titles alive. What is your sharpest memory of that match – can you share it with us?

A: I think it had to be just winning the match. Though no one told me that the match was the decider, I could tell from the vibe that it was. This inspired me to keep fighting and seeing my teammates’ response and excitement when I won will always stick with me as a highlight of my career.

Q: You mentioned that this three-set match against EA was your best match of last spring. What was working particularly well for you that day?

A: The match was an intense one with a lot of energy surrounding it. I like the high stake matches, so I came out with real energy to play my best and I think I did. I think I was just playing really consistently that match and it kept me in for those really long points.

Q: Who have been your top tennis mentors, and what was the most important thing you learned from each of them?

A: I’ve learned a lot from all of my coaches. Our team coach, Coach Fink, has really challenged us on our effort during matches and especially during practices. This really helped us through a lot of hard times, especially last year, where our rank in the Inter-Ac was up in the air. Coach Fink also really understood the idea of the team mentality and keeping the doubles teams together and our entire team as a unit supporting one another always staying to watch everyone play.

Q: Tell us a little about your pre-match preparation the day of a match.

A: I finish class and get a Propel. Typically, I try to re-grip my racquets and that is about it. I normally try to keep it as much as any other day to try and not overthink or add too much unneeded pressure.

Q: What is your favorite tennis venue, and why?

Q: What is your favorite academic subject at Haverford School? What do you think you might like to major in at college?

A: My favorite class I have taken in Haverford so far has to be Social Psychology, which is an elective seniors can take for one semester. In college, I plan on majoring in Finance and Entrepreneurship.

Person I most admire: Roger Federer.

DiGIOVANNI: Sports may not seem to matter in coronavirus era, but of course they do
Haverford High’s Mia Ciancio is Main Line Girls Athlete of the Week