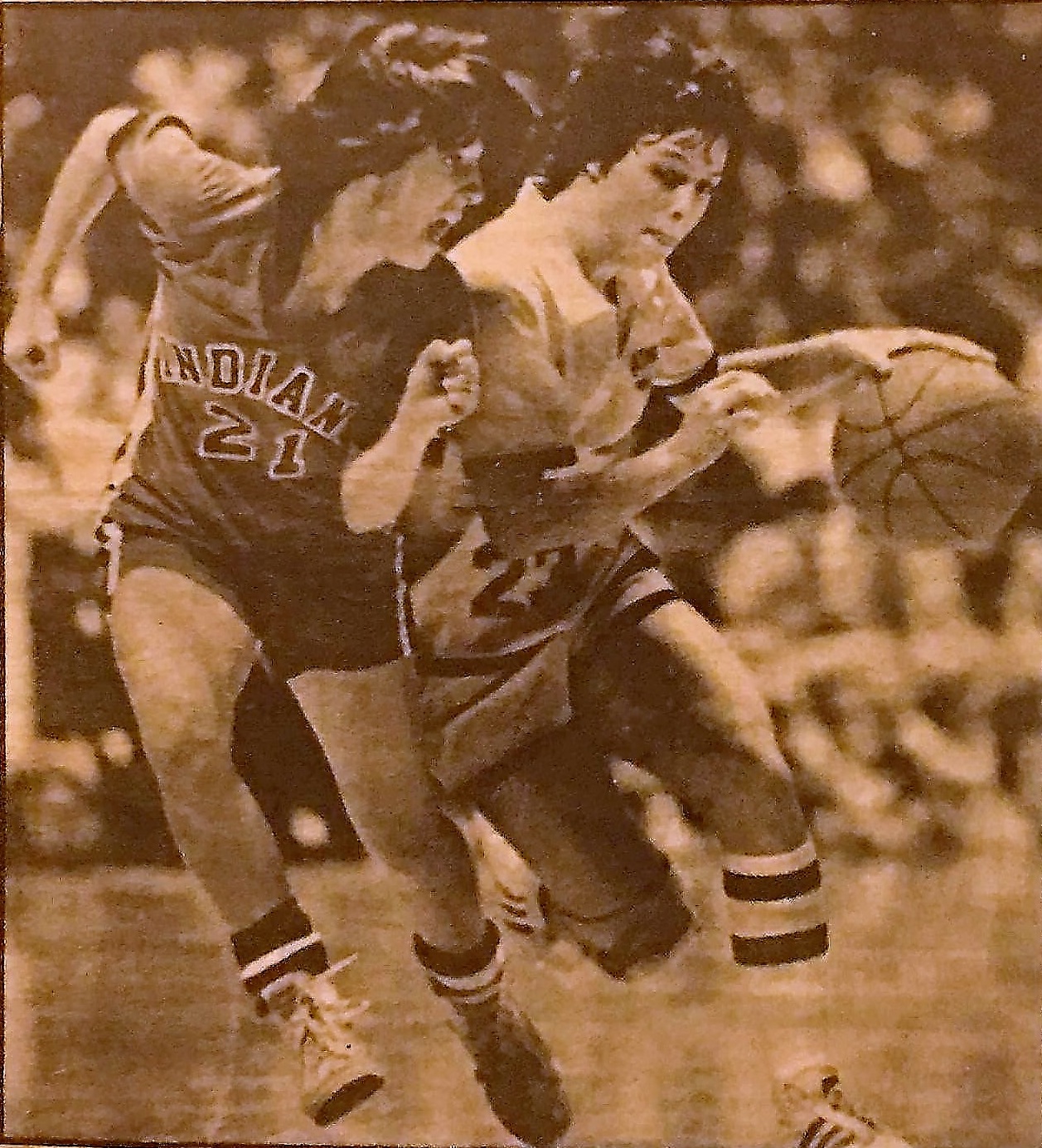 Donna Bowers, right, tallied 10 points as 1983 Nether Providence rallied for a 59-54 victory over 2016 Cardinal O'Hara in the Sweet 16 of the mythical Delco Madness tournament. (DFM File)

The eternal truth about basketball-tournament brackets, the everlasting appeal, the lure that mesmerizes, the gravitational pull that makes them a world-wide addiction is simple.

Somewhere in the field, no matter how expertly constructed by trained and accomplished bracketologists, there will be one glaring opportunity, one team that will jump out as an under-seeded value play.

So it would be when the Daily Times revealed the seedings for the mythical Delco Madness Sweet 16 to determine the greatest high school basketball team in Delaware County history.

“Nether Providence,” said Jim Vankoski, whose dedication to the Sports Legends of Delaware County Museum and careful handling of all Delco sports history made him the 2018 Daily Times Sports Figure of the Year. “I don’t know about the rest of them, but that team they had in 1983, that is one to watch.”

Though the No. 5 seed was anything but disrespectful for John Smith’s PIAA 3A champions, it would suggest the Bulldogs would be underdogs beyond the first round.

As for Saturday, the Bulldogs proved they could handle themselves against a modern-era opponent of some achievement as they bumped off 12th-seeded Cardinal O’Hara of 2016, 59-54, at Haverford College to advance to Sunday’s Elite Eight.

Predictably rusty from a long layoff, N-P was outscored, 14-2, in the first quarter. But the trait that made the Bulldogs so special in 1983, a relentless pressing defense, would help them force a 30-30 halftime tie.

“If you’re not prepared for that, man,” warned Lou Alleva, the coach of the 1985 Archbishop Prendergast team that also advanced Saturday, “it’s going to be a problem.”

In addition to the defense, the Bulldogs received a boost Saturday from large Chester contingent, there to watch the 1981 Clippers play the 2009 Archbishop Carroll team in the second game of the doubleheader. The show of neighboring-district support was reciprocal, with Bulldogs fans sticking around to cheer on Chester. As many recalled, a similar dynamic played out in 1983 when the Nether Providence girls and Chester boys won state championships in the same Hershey doubleheader.

While O’Hara, the PIAA 4A runner-up, was able to solve the Bulldogs’ press late in the game, Nether Providence was more efficient at the offensive end.

Daily Times Player of the Year Lisa Cano finished with 19 points. Barb Yost added 16. Donna Bowers had 10 and the Bulldogs improved to 35-1. For the Lions, who dipped to 26-5, Player of the Year Hannah Nihill scored 26 points, making enough nifty moves to rate consideration for a One Shining Moment clip. Kenzie Gardler added 12 points and 10 assists. Mary Sheehan tabbed 10 points.

The Bulldogs will face the 1981 Clippers Sunday at 2:30 in the quarterfinals at the Palestra. The know-it-alls, and there were more than a few, are none too surprised.

The other first-round results from Saturday:

No. 13 CHESTER (1981) 66, No. 4 CARROLL (2009) 65 OT >> With Nether Providence fans lending full-throated support after their team’s Game 1 victory, the Clippers forced OT when Fredia Gibbs made both ends of a one-and-one with no time left in regulation. Teresa Govens saved eight of her 20 points for overtime, including a game-winning put-back with a second to play. Erin Shields and All-Delco Player of the Year Kerri Shields scored 20 apiece for the PIAA 4A-champion Patriots, who fell to 30-2. Chester improved to 26-3.

No. 14 PRENDERGAST (1985) 48, No. 3 DARBY-COLWYN (1976) 47 >> Nothing less than furious with their seeding, the Pandas made Delco Madness by rallying from a 10-point halftime deficit to prevail. Helen Koskinen shot 8-for-8 from the foul line and had 17 points as Prendie went to 22-7. Darby-Colwyn (25-1) suffered its first defeat, but only after a five-minute video review revealed that Debbie Bechta’s swished 16-foot jumper came a tenth of a second after the horn at Cabrini. Bechta had a game-high 22 points.