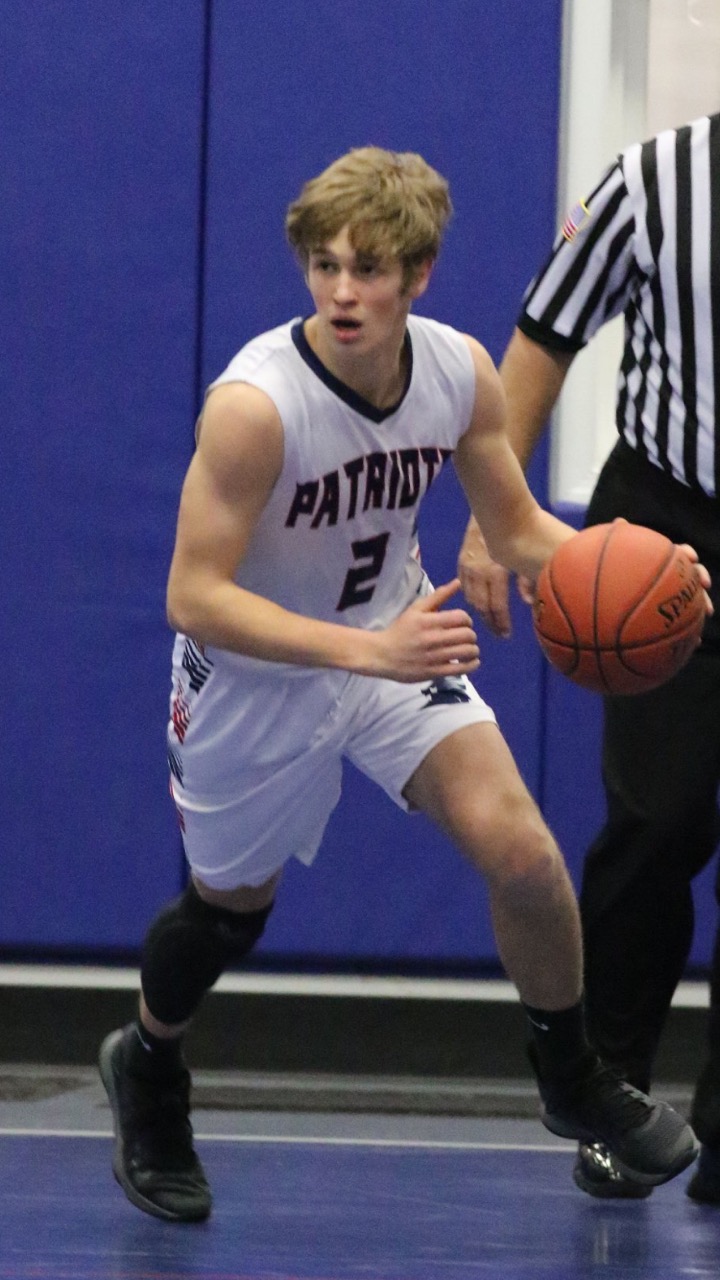 The senior became the second player in program history to score 1,000 points and the first to be named the Atlantic Coast Christian Athletic Conference Most Valuable Player.

“It’s really important to me to represent my school well,” Gregory said, “especially being the best that I can be in the league. It was very special to me. With all the support around me, too. When I got called up to get the MVP trophy my teammates were right there. Even though it did come after a loss, everyone was happy for me. It meant a lot to me.”

Gregory, a Gilbertsville native, played varsity all four years for the Patriots. He came off the bench for most of his freshman year before starting the final handful of games. He led Valley Forge to its first two league titles in his sophomore and junior seasons. A short-handed Patriots team lost the 2020 championship game in February.

“We only play 20 games a year,” VF head coach Todd Comstock said. “For him to score 1,000 points — you really have to score. As a player as a whole, he’s one of those players you watch and you just go, as a coach, it’s so nice. ‘Just go out and play.’ I’ve never really had a player like that. I’ve coached for 19 years. I’ve had some good players, but he ranks amongst those that really flourished the last two years as a junior and a senior.”

Comstock estimated that Gregory scored around 850 points during his junior and senior seasons after mostly being a distributor in his first two years. He moved off-ball as a senior and totaled 411 points in 21 games.

The 6-foot-2 guard will continue his basketball career next year at Lancaster Bible College.

“I was able to connect to the coaches very well,” Gregory said of his college decision. “I went to a prospect camp back in October. I was able to talk to the assistant coach beforehand and got to know him a little bit and I really liked him. Being at the camp I got to know how the head coach coached and I liked his style of play — it was very fast-tempo and it was all hustle. He talked to me later — I think a month or two later — he seemed very excited to have me if I wanted to go there. It felt like a very welcoming place. I like the team already. I’m very excited for next year.”

Gregory is a three-sport athlete for Valley Forge, also earning All-ACCAC honors in soccer and baseball. He played varsity all four years for soccer and was set for his fourth varsity baseball season before the COVID-19 coronavirus pandemic.

“I think I’ve bettered myself by playing those other sports,” Gregory said. “I’m not just a one-minded sports player. I just love playing sports in general.

“It was good to play all year round.”