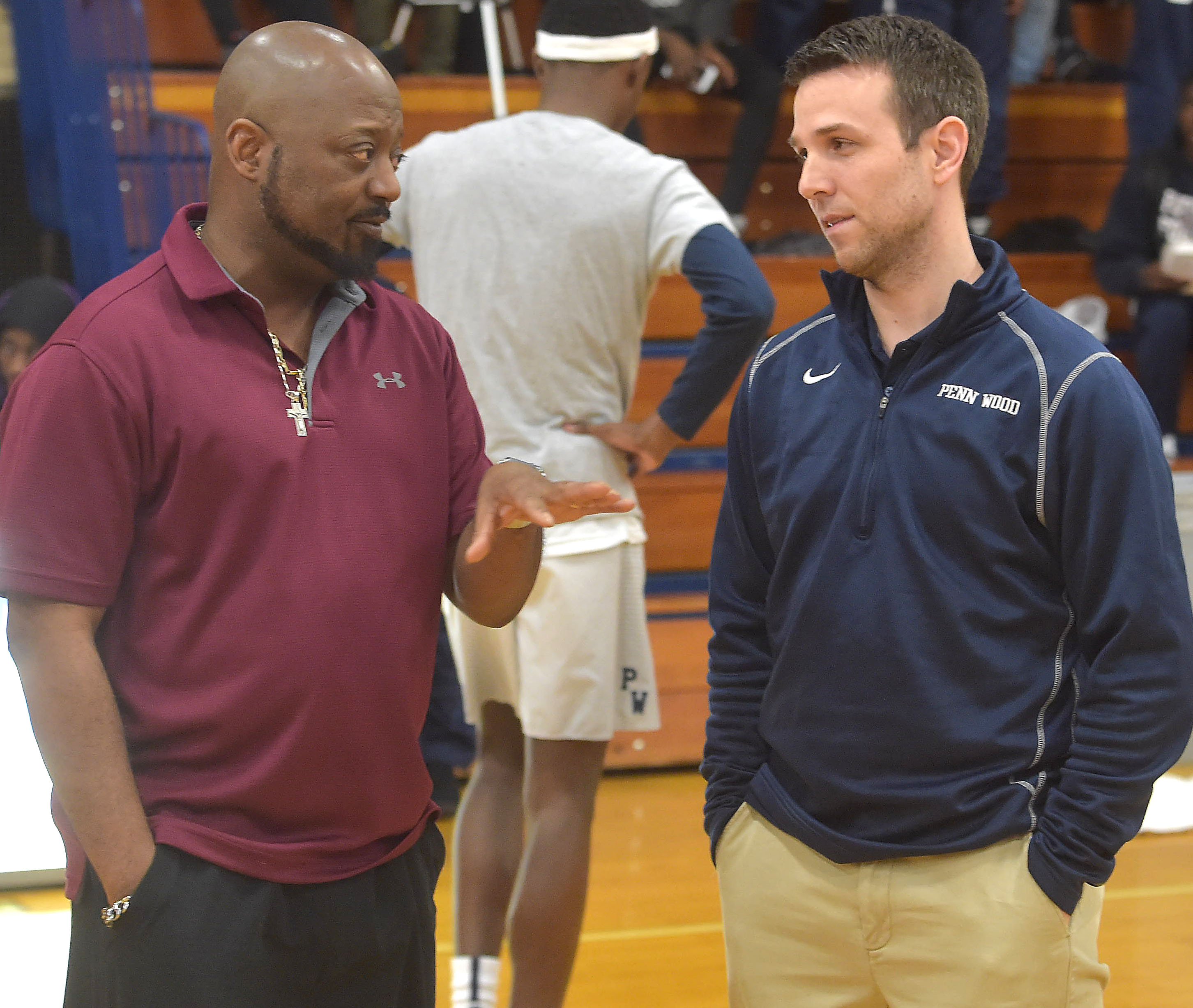 In his many successful years as a Delaware County basketball coach, Clyde Jones never had trouble calculating a basketball score. That was until he saw the Delco Madness Sweet 16 list of top high school basketball teams in county history, and thought something must have gone awry.

As the Daily Times prepares for mythical tournaments to determine the best boys and girls teams over several decades, Jones was disappointed in, yet not necessarily shocked by, this early result: Chester 6, Penn Wood 1.

Six Chester teams in the field.

“That shows me a little bit of Delco Chester bias,” Jones said. “I do know that they have had a lot of really good teams. But six was a bit much.”

So it has begun: The debate, the competition, the spirit of a mock event that will play out over the next couple of weeks in the Daily Times. As for Jones, who coached Penn Wood to a 28-4 record and the big-school PIAA championship in 2009, he knows how tournaments work.

Let the results speak for themselves.

For that, he expects his sixth-seeded Patriots to make a statement. It would hardly be the first time.

“Our team that won the state championship was extremely versatile,” Jones said. “It was easy to coach. The kids put in the work. They understood what the expectations were. And they just played. It was incredible to just see a group of kids that understood what they were playing for each and every night.”

Though seeded a reasonably high sixth, the committee placed Penn Wood behind four Chester teams, a bracket quirk Jones expected would not go unnoticed by his former players.

“You have to remember, these kids were all from the neighborhood and they just came together at the right time,” Jones said. “We made sure we kept them in Lansdowne and didn’t let them get away. Aaron Brown had gone to Roman for a year, but he came back. Will Brown went to Bonner. And he came back. Tyree Johnson went to Comm Tech (defunct Communications Technology High) and came back.

“Those kids just came home and realized it was something special, growing up together and playing together. They wanted it to continue.”

In the opening round, the Patriots will encounter the 11th-seeded 1958 Haverford Class A state championship team that featured, among others, Al Kaemmerlen, Danny George, Jack Juenger and Ed “Reds” McIlmoyle.

Ever confident, Jones is thrilled that his team won’t have to face the 2010 Patriots, who did not receive an at-large bid. That was the team that played a national schedule, won the District 1 title and was upended, 58-51, by Plymouth-Whitemarsh in the Class AAAA final at Penn State.

“My 2010 team might have been better than 2009,” Jones said. “That’s when Darian Barnes came into his own. He was 6-8, had long arms, was a great shot-blocker. We lost a lot when Duane Johnson graduated, but we gained a bit with Darian. And Aaron matured and was one of the Top 20 players in the country that year. Everywhere we went, he had fans. He just exploded.”

Brown, Duane Johnson (still a successful pro overseas), Tyree Johnson, Barnes, Will Brown, Chris Brown and XFL player Shawn Oakman will have an imaginary opportunity to do the same and try to give the 2009 Penn Wood state champions one more net to trim in the Delco Madness tournament.

“Delaware County has such a rich basketball tradition,” said Jones, who now oversees the Chichester varsity. “And just to have the opportunity to see and hear the chatted arguments that are going to start after the first upset will be great.

“I know some of my kids are already screaming.”