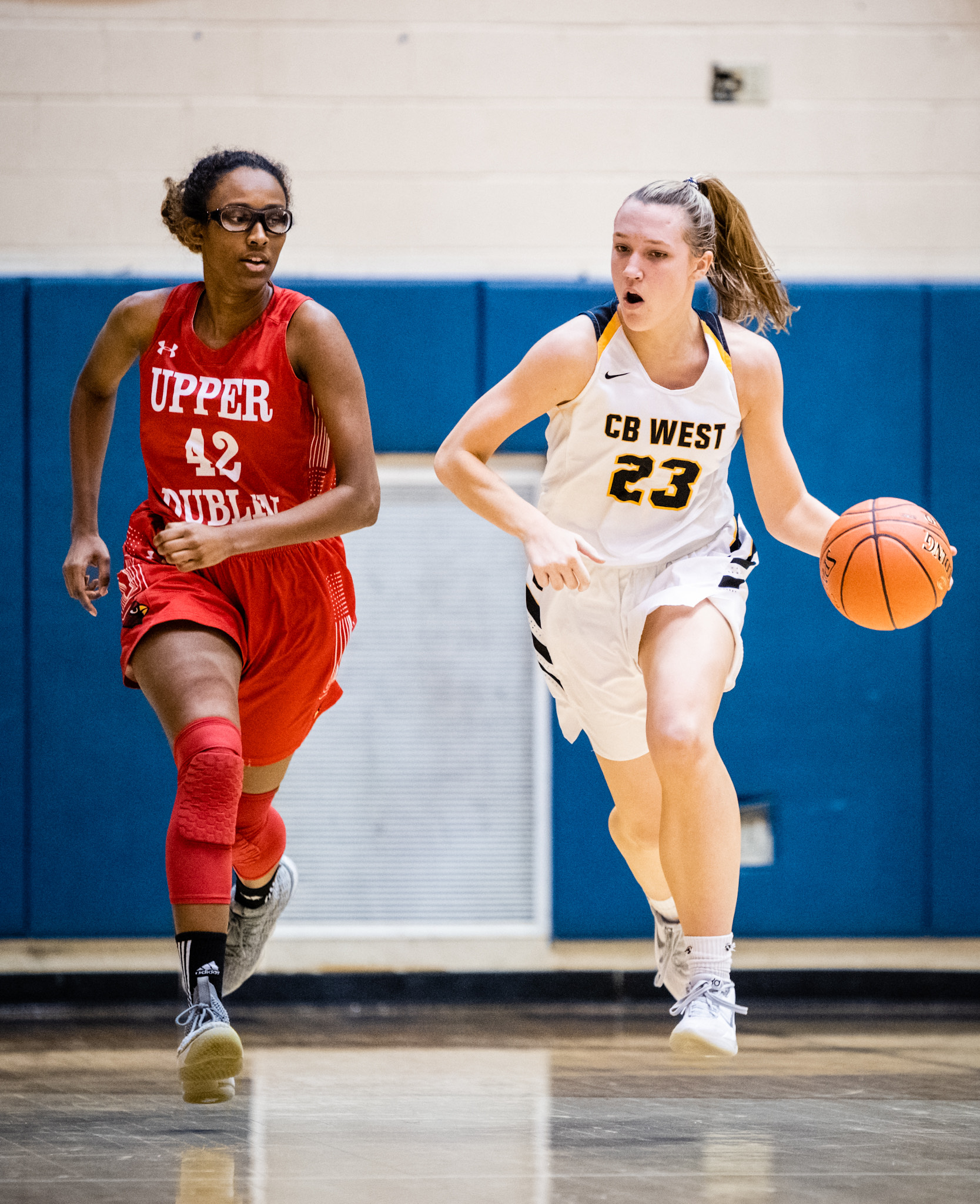 The 2019-20 girls’ basketball season could come down to just two words.

What if the COVID-19 coronavirus hadn’t hit and prompted the postponement of the PIAA basketball tournaments? What if Jenkintown got to finish its pursuit of an undefeated season and second state title in four years? What if a firmly rolling Archbishop Wood was able to take a crack at undefeated Chartiers Valley in Hershey? What if Plymouth Whitemarsh, with no seniors on the roster, was able to take the next step on just its third state quarterfinal appearance in program history?

The window hasn’t been shut on finishing the season and programs still standing in the Reporter/Times Herald/Montgomery Media area continue to hold out hope of resumption.

Plymouth Whitemarsh’s Anna McTamney (32) attempts to get a shot off but is halted by Pocono Mountain West’s Caroline Weirich (5) Friday night in the first round of the state tournament. (James Beaver/For MediaNews Group)

Regardless of what the ending ends up being, local teams accomplished plenty in the three-plus months of competition. PAISAA competition ended before the virus outbreak, with Abington Friends School finishing strong to win the PAISAA title while Germantown Academy rolled to a third straight unbeaten Inter-Ac title.

Central Bucks West’s high-energy squad won SOL Continental, SOL tournament and District 1-6A titles, PW won the SOL American and finished third in the district. Lansdale Catholic went unbeaten in the PCL Blue, won the District 12-4A title and was preparing for a state quarterfinal when things skid to a halt.

In order to recognize standout individuals from the area, the Reporter/Times Herald/Montgomery Media all-area teams have been selected.

Kaitlyn Orihel, Archbishop Wood: The all-area Player of the Year, Orihel played through a fractured kneecap the first month of the season and served as a driving force for a Vikings team that reached the PCL title game and hoped to play for a state title. A first team All-PCL pick, the junior averaged 15.1 points per game behind a relentless will to attack the basket and a few more clutch shots for a growing highlight reel.

Anna McTamney, Plymouth Whitemarsh: Described as the rock of the Colonials, McTamney brought it every game and had found another gear in the postseason. A unanimous first team All-SOL American pick, the junior forward averaged 12 points and eight rebounds per game for the Colonials. A team captain as well, McTamney’s energy is a tone-setter every day for PW.

Jackie Vargas, Upper Dublin: The senior’s final season at UD brought more of the same, which meant being the focal point of everything. Vargas, a Lehigh recruit, was the Cardinals’ go-to on offense averaging 12.7 ppg and the anchor of their stout defense where she averaged about six boards and three blocks per game. The 6-foot-3 post was a four-year starter and her constant presence on both ends of the floor was something opponents had to account for every time out.

Jaye Haynes, Germantown Academy: A constant in a GA lineup that dealt with plenty of injuries this season, the senior simply elevated her game. Haynes was named Inter-Ac MVP after averaging 16.7 ppg and adding a reliable outside shot to her athletic, slashing game. A La Salle recruit, Haynes played her best games against the best competition and finished a terrific career with 1,440 points.

Maddie Burke, Central Bucks West: Burke and the Bucks put high expectations on themselves prior to the season and they delivered. The Penn State recruit , despite being the player everyone wanted to stop, was a big part of it averaging 12.4 ppg and scoring her 1,000th point in the process. What the 5-foot-10 sharpshooter brought as much as scoring was effort whether it was defending, rebounding or diving on the floor after a loose ball for a steal.

Timaya Lewis-Eutsey, Lansdale Catholic: A guard by trade, the junior was asked to play more of a post role this season and absolutely thrived. Lewis-Eutsey posted 24.2 points per game, showing a relentless energy grabbing missed shots, powering to the rim and getting plenty of attempts at the foul line. She hit her 1,000th point during the season and nearly averaged a double-double with 9.2 rebounds per contest while playing solid defense for the Crusaders.

Erin Sweeney, Archbishop Carroll: An efficient and deadly shooter, Drexel recruit Sweeney showed it in her senior year averaging 14.3 ppg for the Patriots.

Ryanne Allen, Archbishop Wood: As prolific a long-range shooter as there is in the area, she connected on a blistering 43 percent clip beyond the arc. The first team All-PCL sophomore averaged 15.3 pg.