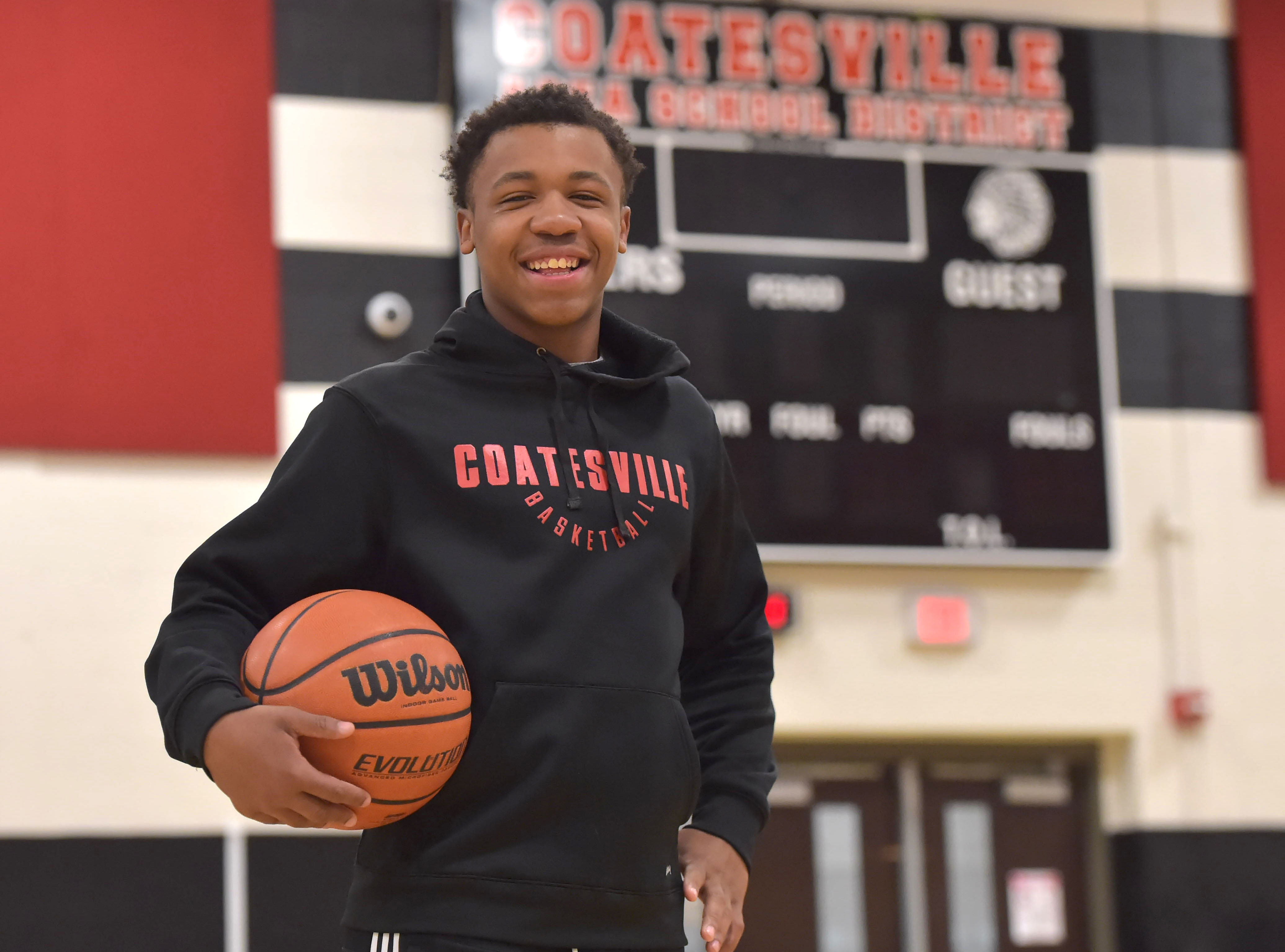 CALN >> The all-time leading scorer in Coatesville Area Senior High School history has made his college choice.
And it won’t be far from home.
Jhamir Brickus, the 2019 Daily Local News All-Area Boys Basketball Player of the Year, announced Wednesday he will play his college basketball at La Salle University.
Brickus became the Red Raiders’ all-time leading scorer — boy or girl — when he scored 26 points in a season-ending loss to Roman Catholic in the opening round of the PIAA Class 6A tournament on March 6.
“I want to thank everyone for their love and support throughout my high school career in Coatesville,” Brickus said. “It was all love. Go Explorers.”
Brickus averaged a little more than 23 points per game this season and led Coatesville to a 20-8 record and a share of the regular season Ches-Mont League National Division title with West Chester East.
“He has a very high basketball IQ,” Coatesville coach Marc Turner said. “He can get to the basket and finish at the rim and is an explosive offensive player.”
La Salle went 15-15 this year, and was slated to play Davidson in the first round of the Atlantic 10 Tournament, before the tournament was cancelled due to the coronavirus pandemic.
The Explorers are a relatively young team, with just two senior guards on the 2019-2020 roster. Both of those seniors — Saul Phiri and Isiah Deas — were regular starters, however, which means there may be room for Brickus to see the floor as a freshman.
Brickus will join two very familiar faces to Chester County hoops fans at La Salle. Current freshman Christian Ray graduated from the Haverford School, but was a star at Octorara High School before that, playing against Brickus and earning Ches-Mont League American Division Player of the Year honors as a sophomore.
La Salle sophomore Kyle Thompson went to St. Joseph’s Prep and played at West Chester University in 2018-19.