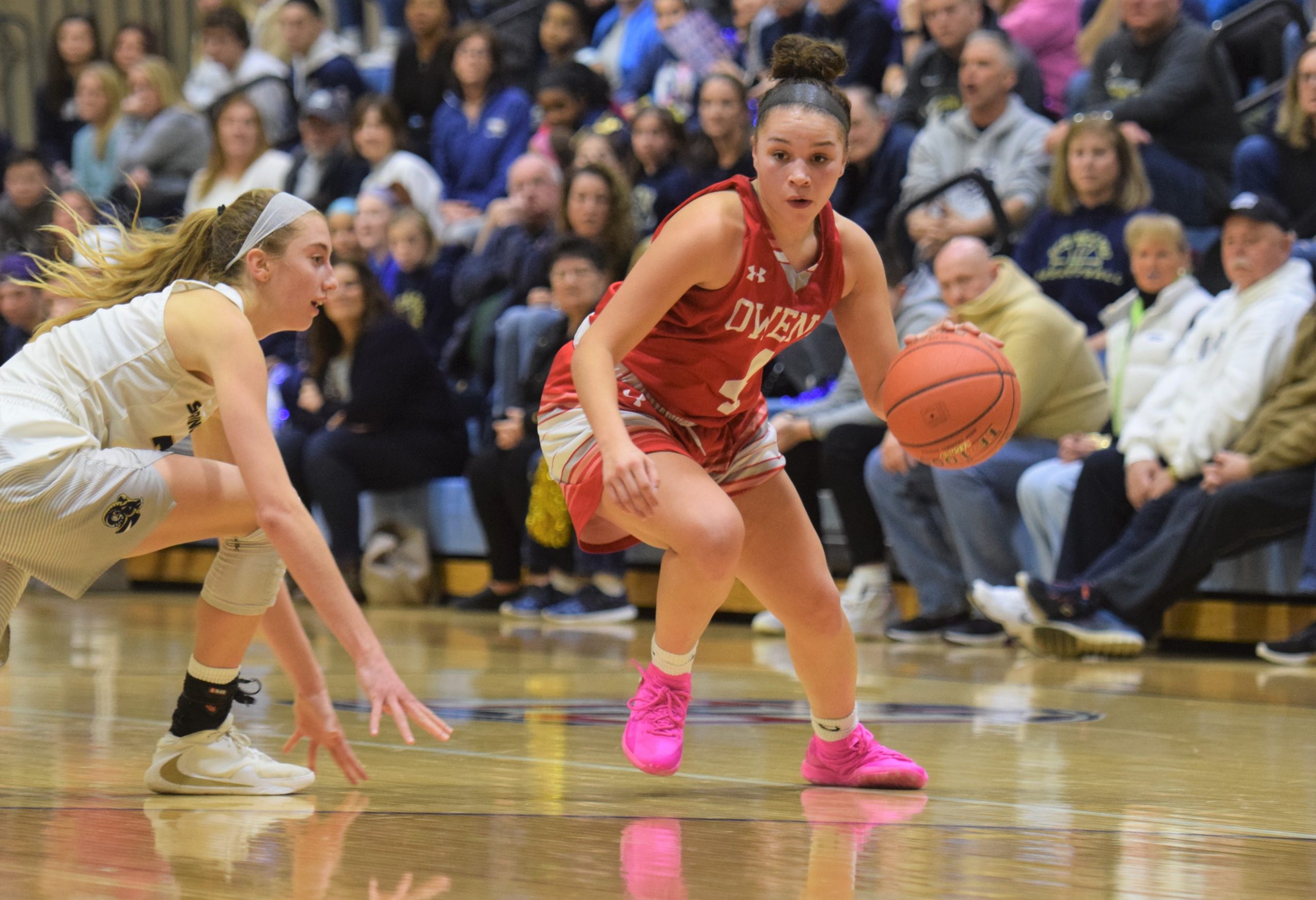 BERWICK >> Strong rebounding and defense have been the key factors during the Owen J. Roberts girls basketball team’s record-setting season, which has included 20 wins and a trip to states for the first time. And that’s what helped the Wildcats out when their shooting went cold in Friday night’s PIAA Class 6A opener against Hazleton.

OJR failed to score a field goal in the fourth quarter and missed its first eight free throw attempts in the period, but was still never seriously threatened in a 45-35 win at Berwick High School that marked the program’s first PIAA victory.

Friday’s win sends the Wildcats into the round of 16 and a contest on Tuesday night at a time and place to be determined against Pennsbury, a 45-24 winner over Red Lion.

Avery White scored 19, including 6-for-6 shooting from the line down the stretch, and Olivia LeClaire scored 10 for Roberts (21-9), which led by 19 points heading into the final quarter. Kyra Antolick led Hazleton (21-6) with 10 points.

“Our hallmarks, rebounding and defense,” said Wildcat coach Jeremy Mellon. “For 20 minutes, we were very, very, very good tonight. We’re not used to that much of a lead.”

“Rebounding is our key point this year,” said White. “We’ve tried to stress that.”

The Wildcats, the ninth seeded team from District 1, scored the final eight points of the third quarter on  3-pointers by Hannah Clay (7 points) and Emily Schall and then two free throws by White with less than a second remaining.

That gave Roberts a 38-19 advantage, which held up despite not scoring again until White sank two free throws with 2:09 to go to snap a run of eight points by the Cougars.

OJR missed all five of its shots from the floor in the period, including several layups, but grabbed four offensive rebounds and held the District 2 champions to 4-for-14 shooting.

“The layups were there,” said LeClaire. “We just couldn’t finish.”

“We have not lost a rebounding game since we came back from Florida,” said Mellon, who got eight boards from Brooke Greenawald, seven from LeClaire and six from White as part of an overall 31-27 advantage. “When you rebound like that, you can bail yourself out.”

OJR scored the first four points of the night on a drive by Greenawald and a basket off an offensive rebound by Maddi Koury. The Wildcats led the rest of the night, except for a 4-4 tie, and used an effective pressing defense to build its comfortable lead. They forced nine Cougars turnovers in the first half and five more in the third quarter.

They led by only 17-15 late in the first half, but scored seven straight right before the break and added six more in a row to start the third quarter for a 30-15 lead.

“We’ve been practicing pressing a lot,” said LeClaire. “We could get into a groove. They were pressing us, but we were able to go by them.”

“We were up to it,” added White. “We didn’t fall into their tempo style. I think we were just playing really well together and keeping our composure.”

Neither team shot well from the floor, with the Wildcats going 12-for-34 and the Cougars 11-for-38. Hazleton wound up with 14 turnovers while OJR had 12.

“There was a little tension, but we were all extremely excited,” said LeClaire. “We were ready to play after the long bus ride.”

“I’m very proud of them,” added Mellon. “We have seniors who feel that they want to keep playing. Now we’ll get ready for a very good Pennsbury team.”