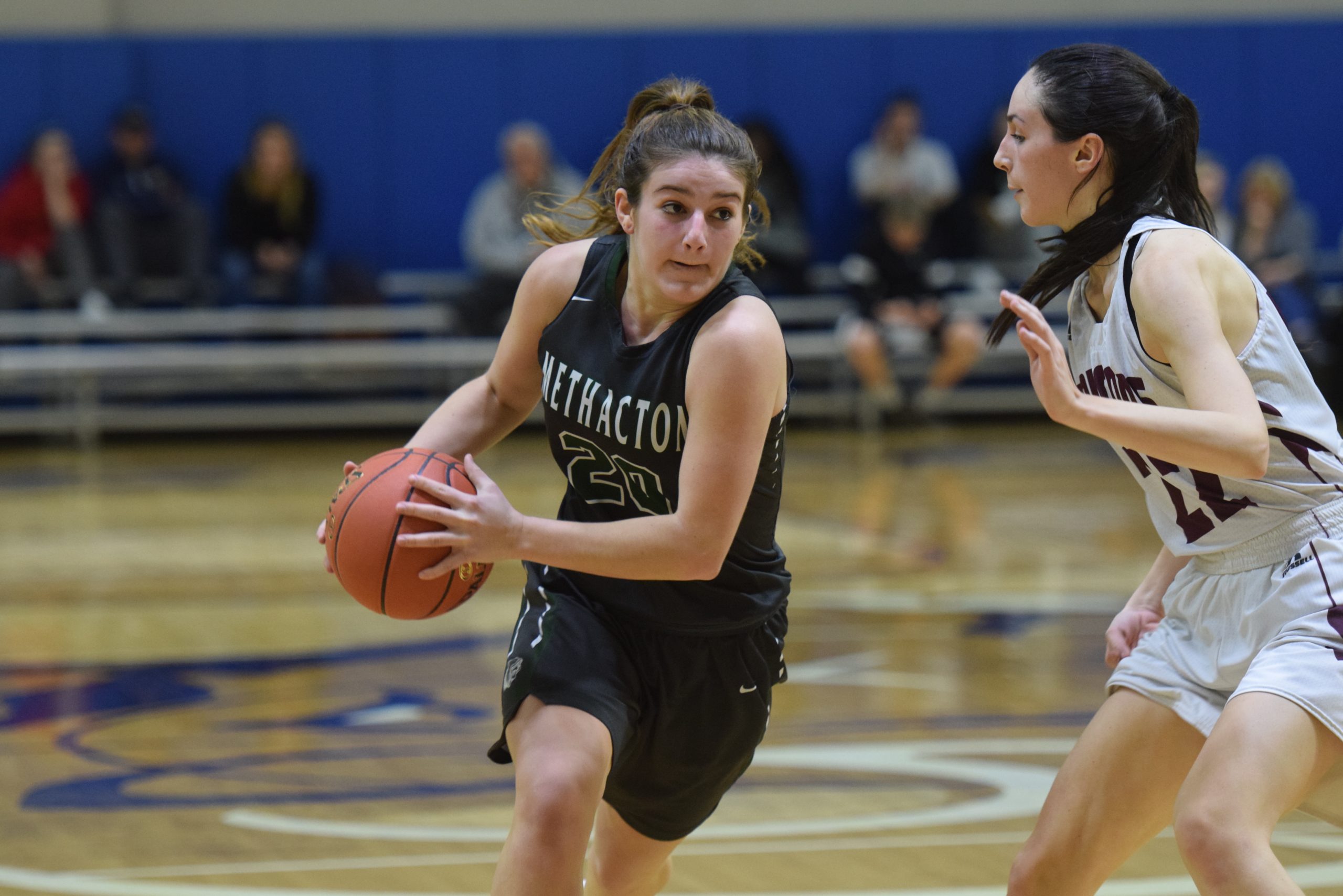 For the third time in its last three games, the Methacton girls basketball team found itself on the wrong side of a one-possession ball game Friday night.

The Warriors, District 1’s eight seed, fell to District 3 two seed Central York, 51-49, in a PIAA Class 6A contest to end their 2019-20 season. Central York will face District 1 seven seed Central Bucks East, another one of the recent teams to edge Methacton, on Tuesday in the second round.

The Warriors went ahead 12-9 after the first quarter and built that advantage to 24-18 at halftime. Central York erased the deficit with an 18-10 third quarter to go into the fourth with a 36-34 lead and found a way to protect the margin down the stretch.

After struggling at the line in its previous three losses, Methacton went an impressive 9-for-12 from the stripe in Friday’s defeat.

The Warriors’ loss wraps up one of the program’s best seasons on record.

Methacton, which finished the regular season at 20-2, won 10 straight games heading into the postseason. The Warriors fell to Spring-Ford in the Pioneer Athletic Conference championship for the second year in a row after defeating the Rams during the regular season for the first time since 2016-17.

For the first time in 12 years, coach Craig Kaminski guided his team to the Disrtrict 1-6A quarterfinals, where it fell to eventual district runner-up Pennsbury, 43-34, in a back-and-forth contest. Methacton never recovered from the defeat, dropping two district playback games by a combined five points before Friday night’s two-point season-ending loss.

Methacton will graduate three of its seniors from this year’s squad. Tornetta, Pellicano and Sydney Hargrove were all starters the past two seasons as they helped the Warriors to two of the five PIAA appearances in program history along with booking consecutive state playoff appearances for just the second time in program history (2012-13 and 2013-14) .

Tornetta, who will play lacrosse at Coastal Carolina, leaves the program as one of just seven 1,000-point scorers. Her 1,091 career points rank fifth all-time in Methacton history, while she also ranks among the top three rebounders in program history.