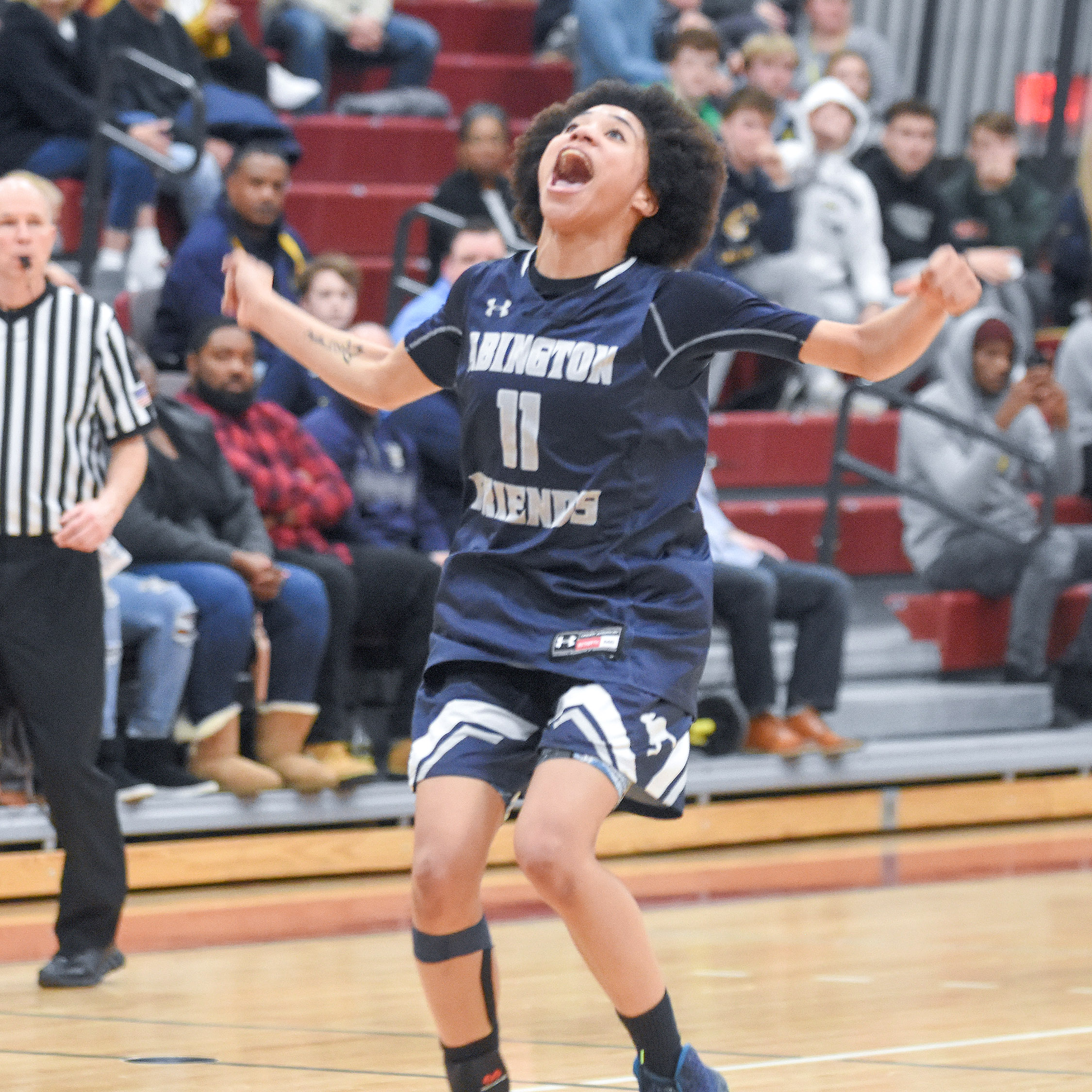 WHITPAIN >> When Abington Friends School lost four games in a row in late January and early February, it allowed the team to reset and suddenly everything began to click.

Instead of playing with a defeated mindset, pressures were alleviated and they became free of on-court mental strains. The style of play became looser and the quality improved. The culmination came Saturday when they defeated William Penn Charter 65-59 to win the 2020 PAISAA Tournament.

“This tournament was all we had left,” said AFS head coach Jeff Bond. “Either we were going to try to do it, or we were going to roll over. I have a bunch of tough kids on this team and they said, ‘Let’s go try and win the first state championship in basketball in school history. Let’s put a banner up in our gym.’ They bought into it.

“We had no pressure,” Bond continued. “We did not have the weight of expectations on us.”

AFS entered the tournament as the No. 5 seed and public perception was that the Kangaroos had a puncher’s chance at best. Even after upsetting No. 1 seed Germantown Academy, the social media masses were not believers.

“People were making polls that said Penn Charter would win,” said freshman point guard Ty’Lah Washington. “Just seeing people doubting else made us want to work harder. It made us want to come out on top. We worked to be the best. We wanted it more than everybody else.”

The Kangaroos had a six-point lead at halftime and extended that lead to 11 at the end of three quarters. The game felt largely in-hand until Penn Charter began to full-court press late in the fourth quarter. AFS turned the ball over on a few occasions and Penn Charter made some clutch buckets, but AFS made enough free throws to seal the championship.

Bond has been the AFS head coach since 2011. Prior to securing the 2020 championship, the program had lost in the PAISAA Tournament semifinals four years in a row.

“We got over the hump Friday night (by beating Germantown),” Bond said. “We started talking about the tournament as a bunch of one-game seasons, and then it’s a 16-minute season, and then it’s an 8-minute season. I’m just so happy for the kids. They worked so hard at this and they work so hard in school.”

Bright future for Washington >> Without the benefit of looking at the AFS roster, it would be near impossible to pinpoint Ty’Lah Washington a freshman. She was the most aggressive and most fearless player on the court against Penn Charter, routinely driving to the basket and welcoming contact and playing physical defense to boot. She played every minute and finished with 19 points.

She’s become so reliable and respected that, when Penn Charter was hit with a technical foul, Bond elected her to take the foul shots.

“What (Washington) brings to the team is an unbelievable sense of composure, poise and toughness in the big moments,” Bond said. “We open the floor up and give her the ball to make decisions. Her growth and development this year was tremendous.”

Key seniors moving on >> While Washington’s tenure is just teeing off, the AFS roster will be undertaking some big changes this offseason. Senior tri-captains Paige Mott, Kendall Hodges and Jordan Smith will all be graduating in the spring. Mott and Hodges played critical roles on AFS’ path to the championship, while Smith missed the tournament with an injury.

“There’s been a sense of continuity from year to year,” Bond said. “Kids move on but they play such a huge role while they’re here that the kids behind them really learn from them. (Mott, Hodges and Smith) learned how to be leaders from the kids that came before them.”

The return of Zaniyyah Ross-Barnes will make the roster transition easier for Bond. In the win against Penn Charter, she led all scorers with 26 points. She will be a senior next season and, along with Washington, will be tasked with leading the charge.

“I’m ready to be a better player and a better leader for my teammates,” Ross-Barnes said.

Penn Charter fans out in full force >> The crowd at Montgomery County Community College was loud and mostly there in support of Penn Charter. Of course, when a team is playing as free and easy as AFS it is easier to tune out the voices.

“Going against crowds and hearing people talk, we do that to each other in practice.” Washington said. “We’ll talk into each other’s ears while we are shooting foul shots so we can get used to stuff like that.”

Pennsbury gets revenge on Methacton in District 1-6A quarters
Garnet Valley stays alive; Ridley, Haverford fall in District 1 6A playbacks