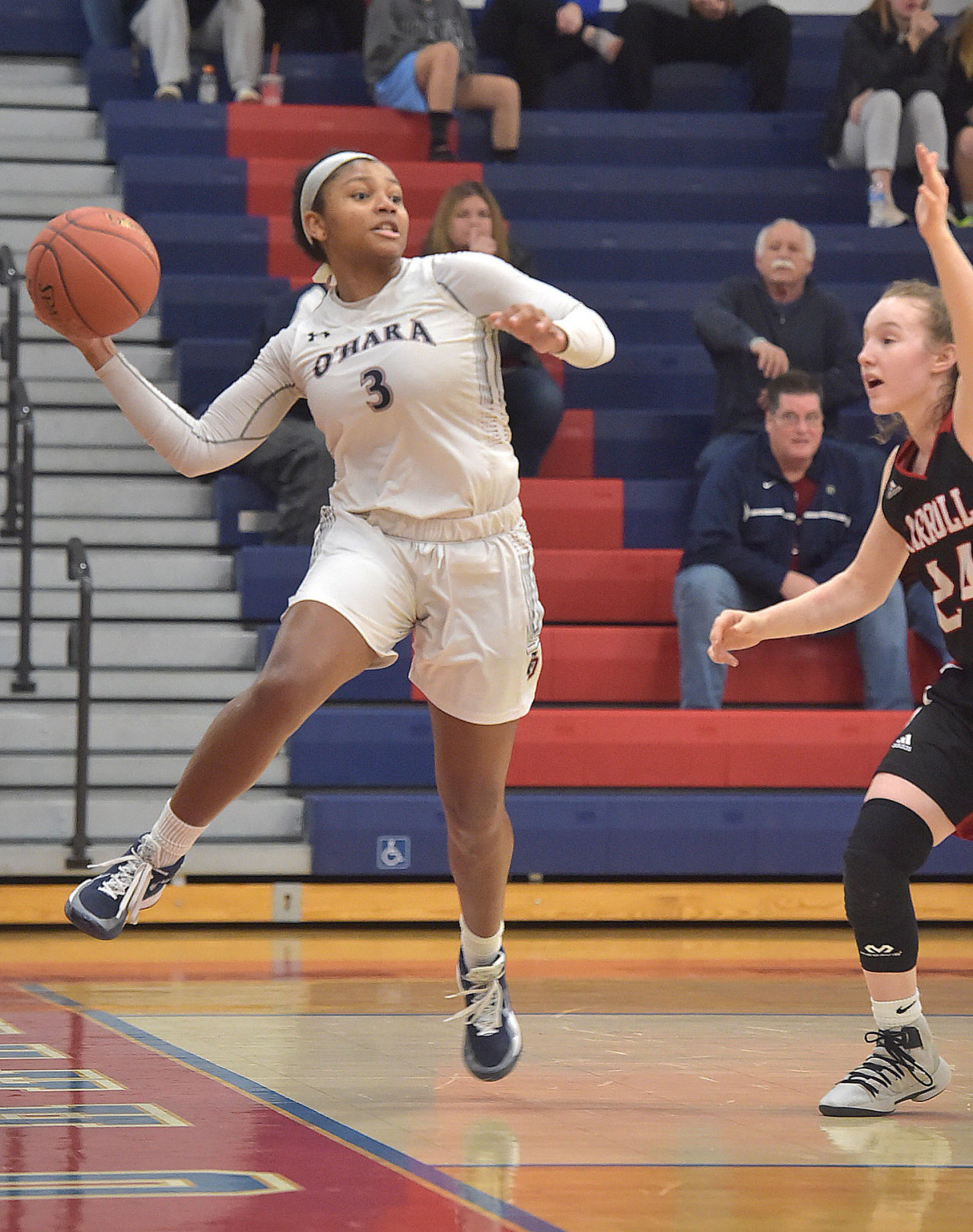 Two minutes and three baskets after the game began, the Lions were down, and they would be unable to get back on the right side of the score as they dropped a 57-49 decision to the Vikings.

Wood will play West Catholic, a 66-54 winner over Neumann-Goretti in the opening game of the doubleheader at Jefferson Thursday, for the Catholic League championship at the Palestra Monday night.

O’Hara’s players and coaches will take the weekend off to recover from this setback as well as to prepare for next week’s District 12 championship game and the PIAA Class 6A tournament, which begins March 6.

“I think nerves got the better of us a little at the start,” O’Hara head coach Chrissie Doogan said. “We didn’t play them as tough as we did a couple of week ago

“Wood’s just too good of a team to get behind like we did. We made a little run there in the second half, but we just couldn’t get all the way back.”

Junior Amaris Baker tossed in 10 points in the third period and added 10 more in the final quarter to account for 20 of the 36 points O’Hara scored after the halftime break. Baker also chipped in with a pair of assists and one steal.

“We really wanted to win this game,” Baker said. “All we’ve talked about was having the chance to play at the Palestra. We know we can beat these teams.

Ryanne Allen, who had one field goal in the first half, tossed in three 3-pointers and a two-point basket in the third quarter and was a key part of a 7-2 run to open the second half for Wood. She finished with 18 points, a pair of steals and one blocked shot.

Teammate Kaitlyn Orihel got 10 of her 15 points in the second half, including five from the foul line in the fourth period.

“We knew they’d do some different things that we’d have to prepare and be ready for, like some of their screens,” Wood’s fifth-year head coach Mike McDonald said. “It’s just a matter of playing good basketball. We talked about what we learned from playing them the last time, and then we did the things that we knew we would have to do.

“I think we were confident that we could be ready for what we would see, and when things happened we would be able to feed off what we had worked on. We split our two games with West (Catholic). We’re just happy that we’ll be playing Monday and going to the Palestra.”