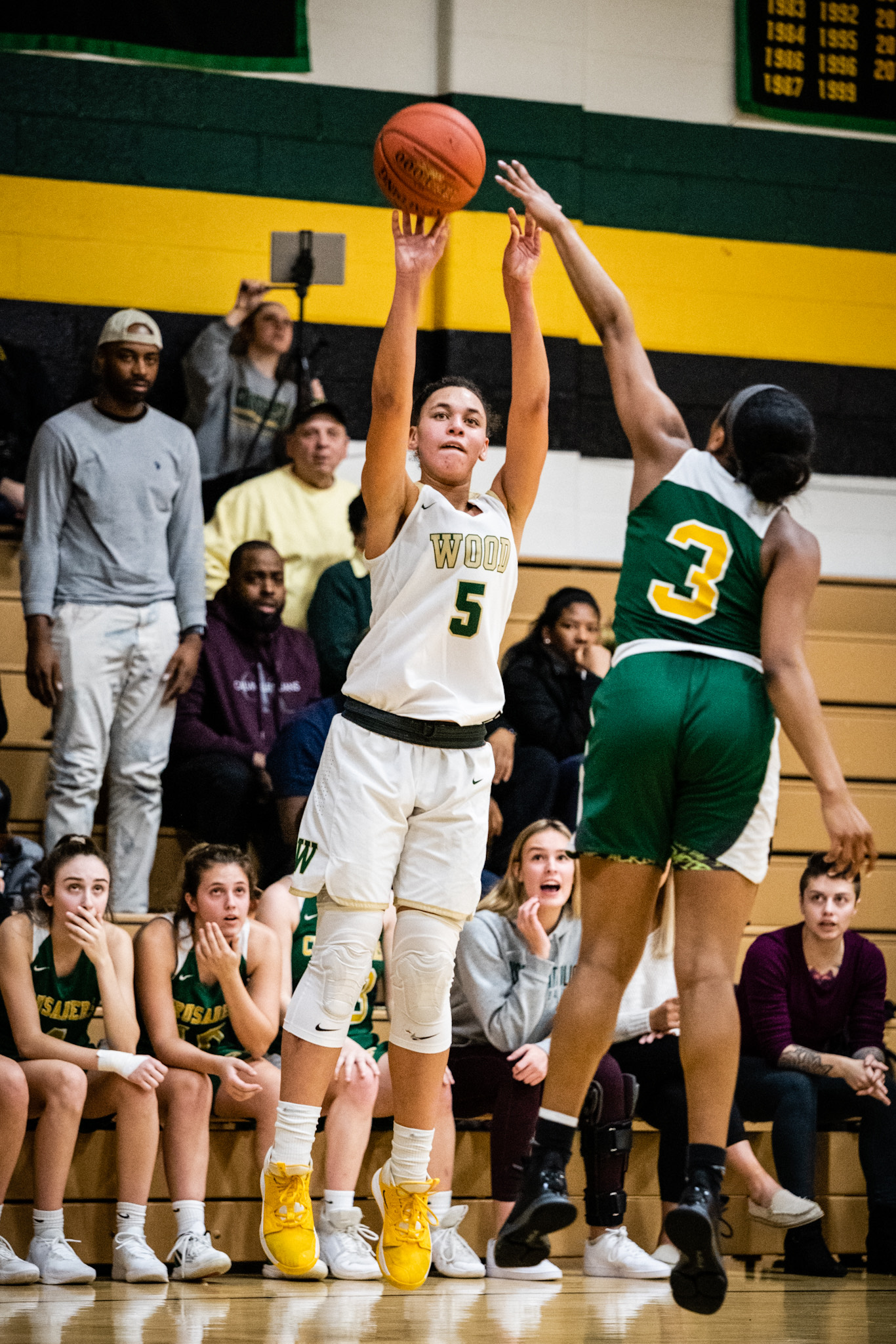 PHILADELPHIA >> Archbishop Wood got off to a fast start, withstood some of Cardinal O’Hara’s best shots, and went powering into the Philadelphia Catholic League Finals with a satisfying 57-49 victory over the Lions Thursday night.

“It feels amazing,” said the Vikings’ Ryanne Allen, who led the way with 18 points. “We got out to that big lead and we just had to hold it, keep knocking down shots and run our offense.”

The victory advances Wood to Monday’s PCL Final against West Catholic, set for 6:30 p.m. at The Palestra.

“This kid was spectacular,” said Vikings coach Mike McDonald, gesturing to Allen, who made some dazzling maneuvers in front of a packed house at Jefferson University. “It’s hard to make those shots in big moments, and she did it. And then Kaitlyn Orihel (15 points) kind of finished the game for us and Bri Bowen got some great offensive rebounds.”

Early Burst: Archbishop Wood got out to a roaring start.

After Amaris Blanch (28 points) opened the scoring for O’Hara with a jumper, the rest of the first quarter was almost all Vikings.

Allen drew a foul on a three-point attempt, hitting two of three.

Lindsay Tretter buried a three to put the Vikings in front. And then Bowen got going off the bench, hitting a three and also showing a tremendous burst to the hoop for another two.

Wood was moving the ball and finding open shots.

The Vikings also had the Lions flustered at the other end, forcing tough shots and grabbing key defensive rebounds to keep the early momentum moving along.

A basket by Siobhan Boylan helped things a bit for O’Hara, but Wood closed the first quarter with a 15-5 lead.

Wood maintained its double-digit lead throughout the second quarter.

The Vikings continued to get to the hoop, either finishing or drawing the foul. Dana Kiefer made a pair of free throws to widen the gap.

Blanch got her shot to fall for the Lions to bring them within 10, but Orihel made a pair of foul shots at the other end, giving Wood a 27-15 cushion at the break.

Keeping Control: The Lions made a move in the third quarter.

Blanch scored on a drive and soon after hit a three, bringing O’Hara within seven.

Wood got a big boost, however, when Izzy Larsen finished on a pretty reverse layup, extending the lead to 29-20.

An Allen three later made it 34-24. She had 11 points in the pivotal third quarter, including a trio of threes.

“In the other two games against O’Hara, I didn’t play my best,” Allen said. “So in this one, I really wanted to come out and help my team any way I could. Once I got those open shots, I could take them and they were finally falling for me.”

O’Hara’s offense had improved flow for much of the third quarter, but on almost every occasion, Wood was able to answer right back.

The Vikings went soaring into the fourth when Orihel battled her way down the lane, converting a tough, three-point play that provided the Vikings a 45-33 lead in the dying seconds of the third quarter.

Orihel’s eight fourth-quarter points and a combined 10-of-14 showing at the line in the final eight minutes by the Vikes put the game away.

Onto West Catholic: The Vikings are ready for what should be a sizeable showdown.

“Should be a good one,” McDonald said. “We split with West Catholic. I know they’re hungry. So it should be a fun one.”