Radnor puts memories, Upper Moreland behind in Class 5A victory 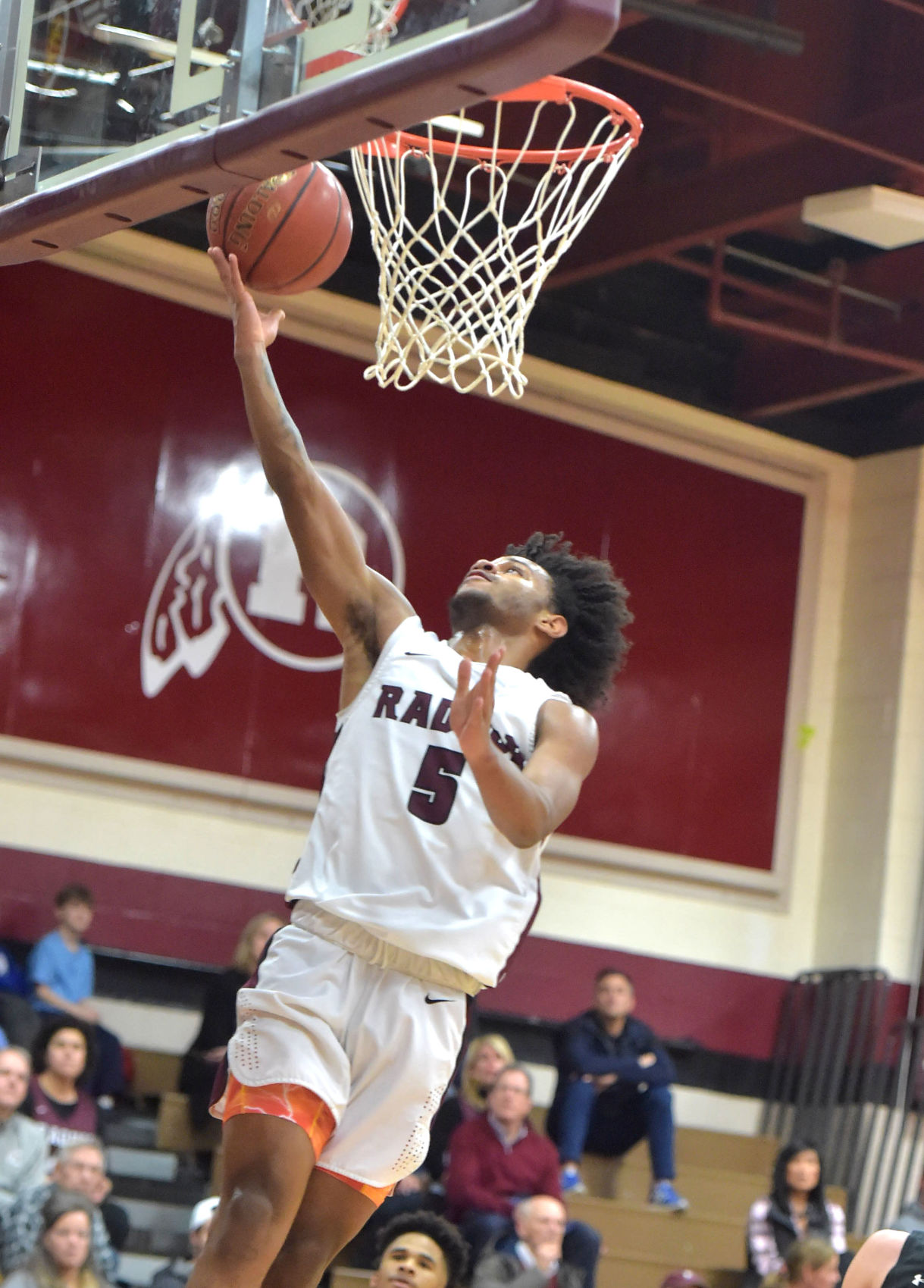 RADNOR — Just before Radnor was about to lose its only playoff basketball game last season, the key juniors were removed from the game.

The thinking began at that point.

It has yet to end.

So it was on the eve of what would be a 50-41 first-round victory Wednesday over visiting Upper Moreland in the PIAA District One Class 5A tournament that the Raiders’ captains would recall that scene one last time.

“We were down double digits, about a minute left, at Unionville,” Jack d’Entremont would recall. “I just remember that feeling. We said we would not go through that again. So we really used that to motivate us tonight to get the job done.”

That pregame conversation involving d’Entremont, Pat Boujoukos and Josh Savadove resonated and the Raiders responded, taking an early lead, keeping command for most of the game, holding off a tidy Upper Moreland fourth-quarter rally and earning a quarterfinal date Saturday at top-seeded West Chester East.

“He’s a very good player,” Radnor coach Jamie Chadwin said. “He’s an unbelievable competitor. And when you talk about confidence, he’s never one to shy away from any matchup. Even when he missed two or three in a row tonight, he kept going and he’s got that mentality that he’s going to make the next one.”

With the ninth-seeded Bears playing with early determination, eighth-seeded Radnor needed Lewis Robinson’s drive and layup at the first-quarter horn to take a 10-9 lead. But the Raiders mixed their 1-2-2 zone press, a little man-to-man and some zone to limit Upper Moreland to two second-quarter points and take a 20-11 halftime lead.

“We try to feel things out and see how teams react to it,” Chadwin said. “We went to a zone early and tried to see what they could do. They have some good shooters and we were able to take some of that away early. We just tried not to let them get comfortable.”

Though it never relinquished its lead in the second half, Radnor felt a little discomfort itself. The Bears’ Byron Hopkins, who would score 20 points, made a steal, scored a layup and converted an old-fashioned three-point play to cut a deficit to 38-27 with 5:06 left. But d’Entremont answered with a follow-up layup to restore calm.

Upper Moreland was within 44-38 with 1:05 showing, but that’s when Robinson recovered a loose ball and found Colin Lane alone for a breakaway layup. Jourdan Gregg drained a late three to draw Upper Moreland within 47-39, but by then Radnor was showing enough efficiency from the line to repel any rally.

“They’re a good team,” Upper Moreland coach Sean Feeley said. “They are well-coached. I give our guys credit. We played hard. We made some adjustments at halftime. Some stuff didn’t go our way, but we didn’t deserve to win. They played better than us tonight.

“I knew our guys would not give up. I wasn’t surprised at that. But hats off to Radnor. They played a great game.”

Robinson finished with 17 points, including efficient 5-for-6 first-half shooting, to help Radnor improve to 14-9. For the 15-9 Bears, Gregg tabbed 13.

“My focus is on winning as many games as we can here,” he said. “This was the first time Radnor has ever hosted a district playoff game, so we kind of had that edge to us, like we belonged. I think we did that.”

They did, while putting one troubling memory behind.