Harkins voted Outstanding Wrestler as one of four champs for Malvern 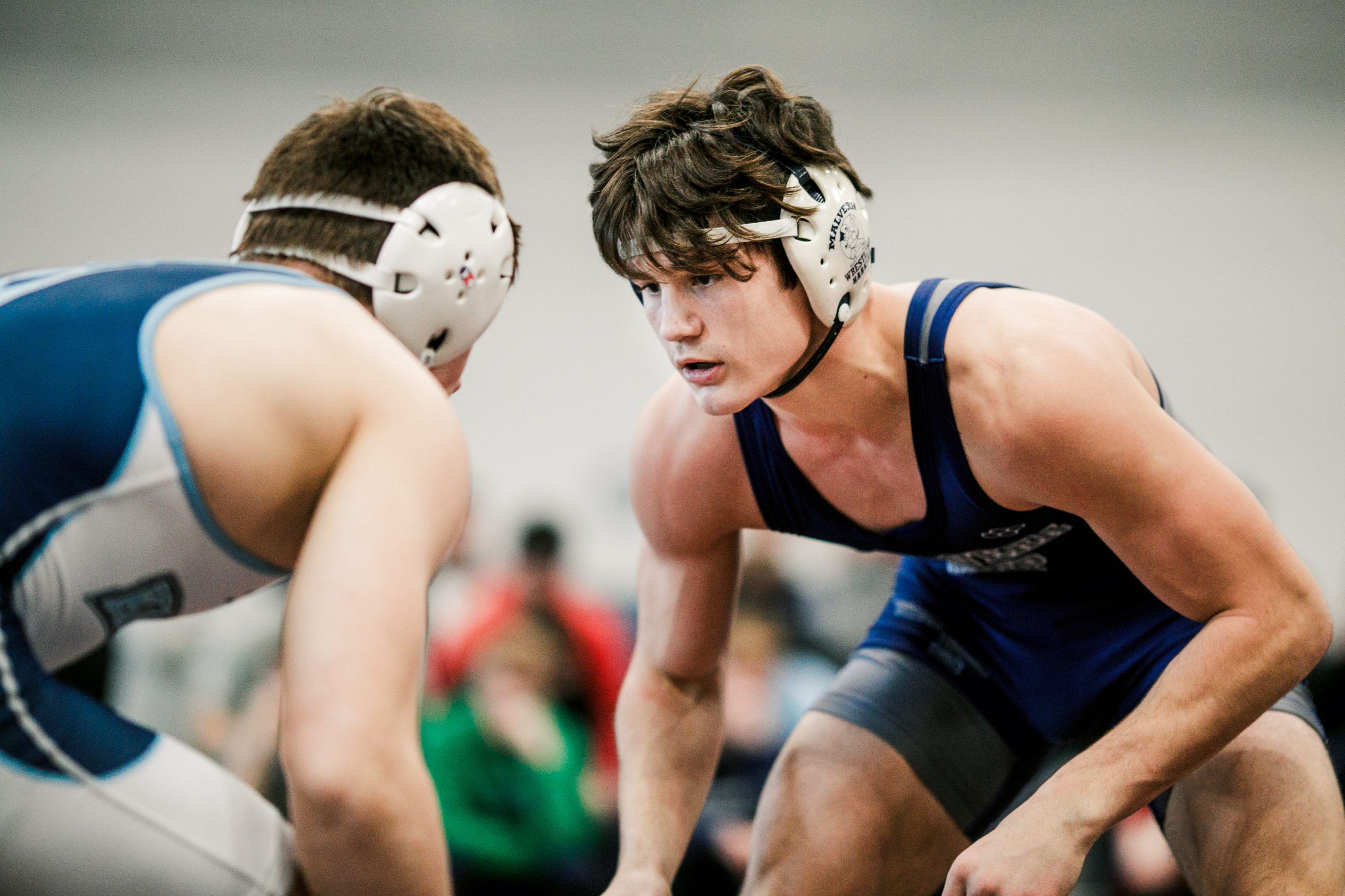 WESTTOWN >> Malvern Prep’s Dalton Harkins is at his best from the top position.

Midway through the third period of a 2-2 match, in the 152-pound finals, Harkins had second thoughts about where his best chance of winning would come from.

With about 30 seconds to go, Harkins finally got the arm bar he worked most of the period to find, and the senior tilted Wyoming Seminary’s Connor Kievman for the winning points.

“I was debating cutting him,” Harkins said. “I heard someone yell out ’40 seconds’ and I decided to try to find a tilt and score.”

It was the second straight year Harkins found some late-match magic in the finals of the Pennsylvania Independent Schools wrestling tournament.

It was the West Point commit’s second straight title, third for his career, and he was voted Outstanding Wrestler of the tournament.

Every Friar placed top six to qualify for the National Prep tournament next Friday and Saturday at Lehigh University, and Harkins hopes to improve a few spots from his fourth-place finish a year ago.

“My coaches keep telling me I need a banner on the wall,” Harkins said. “I’ve been wrestling at Malvern Prep since I was seven. Those coaches have been a big part of my life. Hopefully next week I can finish on top and get (the banner) in the room so everyone can remember me.”

Fellow senior, Dayton DelViscio (120 pounds), junior Cole Deery (285) and sophomore Nick Feldman (195) won titles for Malvern, who had nine in the finals and finished second in the team standings to Wyoming Seminary.

Like Harkins, DelViscio needed to win his bout on the mat after losing the battle on his feet. Sem’s Gregor McNeil took DelViscio down three times, but three near-fall points by DelViscio were the difference in a 10-7 final.

It was DelViscio’s second straight state title, but surprisingly, his first tournament win of the season in Malvern’s brutal schedule.

“Coming in, I knew I needed to win it to help me with seeding next week at prep nationals,” DelViscio said. “I knew we had a lot of kids in the finals and I wanted to be part of the winners since I hadn’t won one this year.”

If Malvern’s first two champs had to grind out wins, Feldman and Deery made it look easy.

Against Sem’s Trinidad Gonzalez, Feldman put on a takedown clinic, winning by technical fall. After placing fifth at 160 as a freshman, Feldman, who is already ranked top-10 nationally is hoping to take the next step at nationals.

“Next week is the big one,” Feldman said. “Last year I didn’t have the performance I wanted and when I look back, it motivates me and burns the fire to get to the top of the podium.”

Deery appears to be in the mix for a national championship, as well, with only one loss all season. He wrestled Sem’s Nate Miller for the third time this season, and he beat him for a third time, this one via first-period fall.

“It’s awesome and I couldn’t do it without my teammates and coaches who push me in the room, every day,” Deery said. “It’s tough going against a guy three times in the same season, but I had a game plan and knew what he does and capitalized off knowing what he does.”

Westtown School had no qualifiers, though Griffin Hankin (132) is the first alternate with a seventh-place finish. Charlie Herlocher (145) and Wilson Cano (160) placed eighth.