Morgan happy to be back in mix with Archbishop Wood 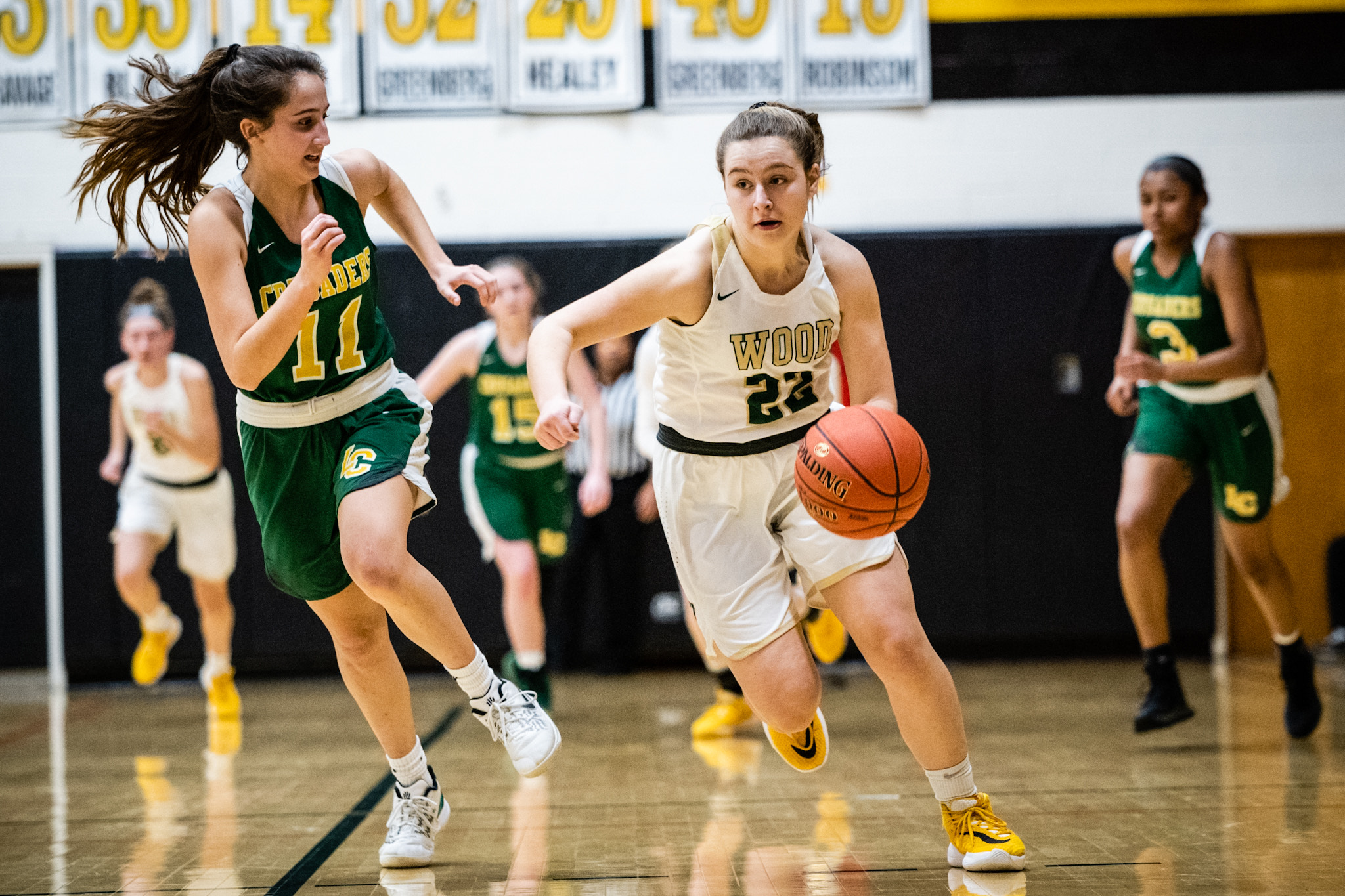 The Archbishop Wood sophomore guard’s layup left her hand just before the third quarter buzzer, glancing off the backboard before catching the rim twice and finally dropping in Thursday night’s PCL quarterfinal win over Lansdale Catholic. As she watched it go, Morgan ran to the bench and got mobbed by teammates and the students behind the bench roared in approval.

As the Vikings start their postseason trek, Morgan is hoping for a few more moments like that but mainly is happy to be back in the mix.

“When my teammates give me practice every day in practice, I want to shoot the ball and keep taking it even when I don’t feel like I can,” Morgan said. “It really helps me on the court because I know it will go in if I take it.”

Morgan had a good game in Wood’s 81-42 win, contributing 11 points on 4-of-6 shooting while also dishing three assists and adding a steal. While at 5-foot-4, she’s the shortest player in Wood’s main eight rotation players, Morgan fills her role as well as any of her teammates.

Expected to be part of the rotation coming into the season, a severe ankle sprain knocked the guard out of action for nearly a month between December and January. It took a couple games for the sophomore to feel comfortable again, but the flashes were there.

Morgan had a couple nice plays in Wood’s home win over Neumann-Goretti but it was the return leg in the Saints’ gym where she felt 100 percent again.

“I finally felt like I was back and ready to go,” Morgan said. “I’d been struggling here and there but that game, I really felt good about it.”

Additionally, Shannon’s older brother Ryan was a starter on last fall’s PCL champion boys soccer team and a captain this fall, so the family ties at the school run deep.

Erin and Shannon share a lot of similarities — they make open shots, are willing passers and don’t mind getting the mix on defense — so Wood coach Mike McDonald is happy his Morgan quota has been restored in the rotation.

“She was working the rust off and continuing to get better,” McDonald said. “She’s a high-IQ player, she has a great knack for offensive rebounding but her passing ability is also really good. It was just an adjustment for her and us figuring out where she was getting comfortable but now, she’s looking very good.”

Archbishop Wood’s Shannon Morgan (22) puts in a layup at the buzzer of the third quarter of the Vikings’ PCL quarterfinal against Lansdale Catholic on Thursday, Feb. 13, 2020. (James Beaver/For MediaNews Group)

Morgan split a pair of free throws in the first quarter, then hit a pair of 3-pointers in the second with both coming off assists from her teammates. The sophomore added two baskets in the third, scoring on a tough drive late in the frame with her buzzer-beater serving as the cap on the night for the team’s regular players.

She also assisted a basket by Bri Bowen in the second quarter plus a Ryanne Allen trey and a score by Dana Kiefer in the third.

“When we share the ball, we make the game a lot easier for each other and we score a lot more,” Morgan said. “It’s hard at practice sometimes to keep going, it can be mentally exhausting, but we all keep a positive attitude toward it and keep encouraging each other.”

Morgan said the start of postseason brings out the team’s serious side but it’s what they work toward and look forward to. It also came at the right time for the sophomore, who’s got a lot of energy to give now that she’s again comfortable being back on the floor.

“When I’m on the bench, I can’t wait to go in,” Morgan said. “I just want to help anywhere I can, scoring, rebounding, defense; just anything I can do to help the team win.”