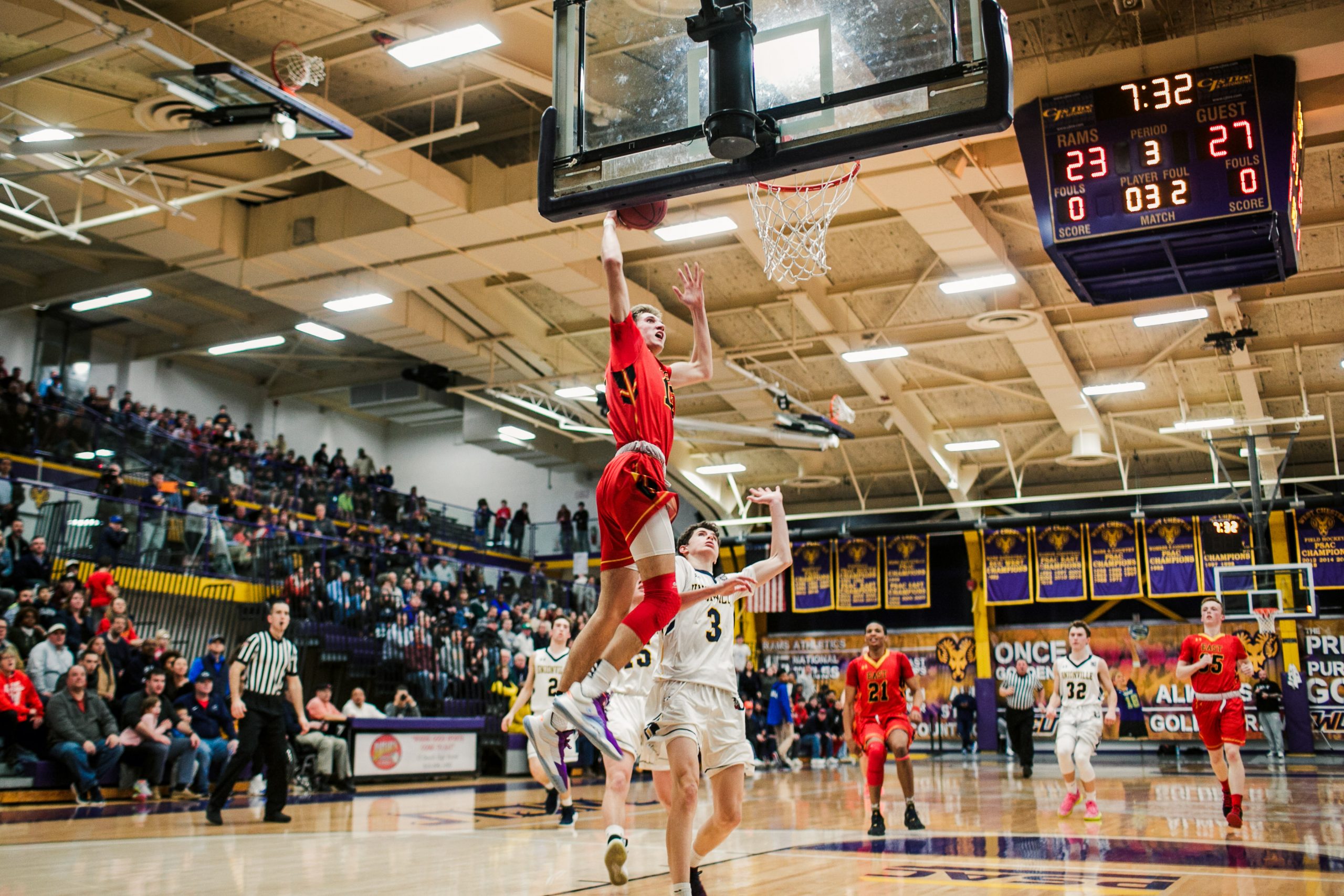 WESt CHESTER >> History was made Tuesday night at a jam-packed Hollinger Fieldhouse on the campus of West Chester University.
The short trip back across the borough was a memorable one for west Chester East, as the Vikings took home their first Ches-Mont League boys basketball championship in school history with a hard-fought, 60-52, victory over Unionville.
West Chester East was fueled by the two-pronged attack of 6-foot-9 senior Andrew Carr and senior Tym Richardson. Carr led all scorers with 21 points to go along with seven rebounds, while Richardson added 18 points and two steals as the Vikings (22-2) turned a two-point halftime lead into an eight-point win.
“This is a great feeling,” Carr said. “Our first goal this season was to win the regular season. The second was this Ches-Mont Final Four championship and the third is to win District 1. We came together tonight and beat a real good team. Right now, it is just a surreal feeling to win the first title for the school.”
West Chester East shot a torrid 23 for 43 from the field and the Vikings opened things up in the third quarter, outscoring Unionville 18-11 in the third. Unionville (17-7) stayed even with the Vikings in the first half by going to the basket, and the Indians were led by Bryce Whitlock’s eight first-quarter points. West Chester East changed defenses to a 1-3-1 zone, with big man Carr in the middle, and the Indians’ penetration stopped.
“We executed very well offensively tonight,” Unionville coach Chris Cowles said. “We forced them to go 1-3-1 and they had the big guy in the middle and that’s why we got some open looks, but I thought the difference tonight was that we did not execute very well defensively. I thought that was the difference tonight.”

With a two-point lead at intermission, the Vikings came out on fire in the third period. Carr scored in tight for a 27-23 lead. After a Unionville turnover, Carr ran the floor and threw down a slam for a 29-23 advantage. But, Pete Kucharzuk drained one of his three treys to make it a 29-26 game.
But, West Chester East opined things up late in the third quarter, ending the third frame on a 9-2 run fueled by baskets from Carr, and a three-point play by Richardson for a 43-34 lead after three quarters.
When Richardson went strong to the basket for a layup and a 45-34 Viking lead, it looked like the Indians’ hopes were dashed. But, Logan Shanahan, who led the Indians with 15 points, scored two quick baskets and the Indians were within 45-38 with 5:03 to play.
After a West Chester East miss, Jon Passarello scored in tight and it was a 45-40 game. Richardson hit two free throws to make it a 47-40 game, but hot shooting Sean Neylon drained a 3-pointer from the top of the key and it was a 47-45 game with 3:50 to play.
“I mean, they shot the ball well, I think they practice here they shoot so well,” West Chester East coach Tom Durant said. “We really had to work for this and the kids came through when it mattered. We had to go to a 1-3-1 because we were getting hurt a little inside. But, the kids really worked for this title for a long time.”
From 47-45, West Chester East outscored the Indians, 13- 7. Mike Dedda went strong to the basket for a layup and after Shanahan missed in tight, the Vikings came down the floor and missed a trey, but Richardson scored on a follow and West Chester East had its first Ches-Mont League championship in school history.
“I cannot even describe the feeling I have right now,” Richardson said. “We came together as brothers all year and really worked for this. And it was great to see all the fans come out and celebrate this win with us.”