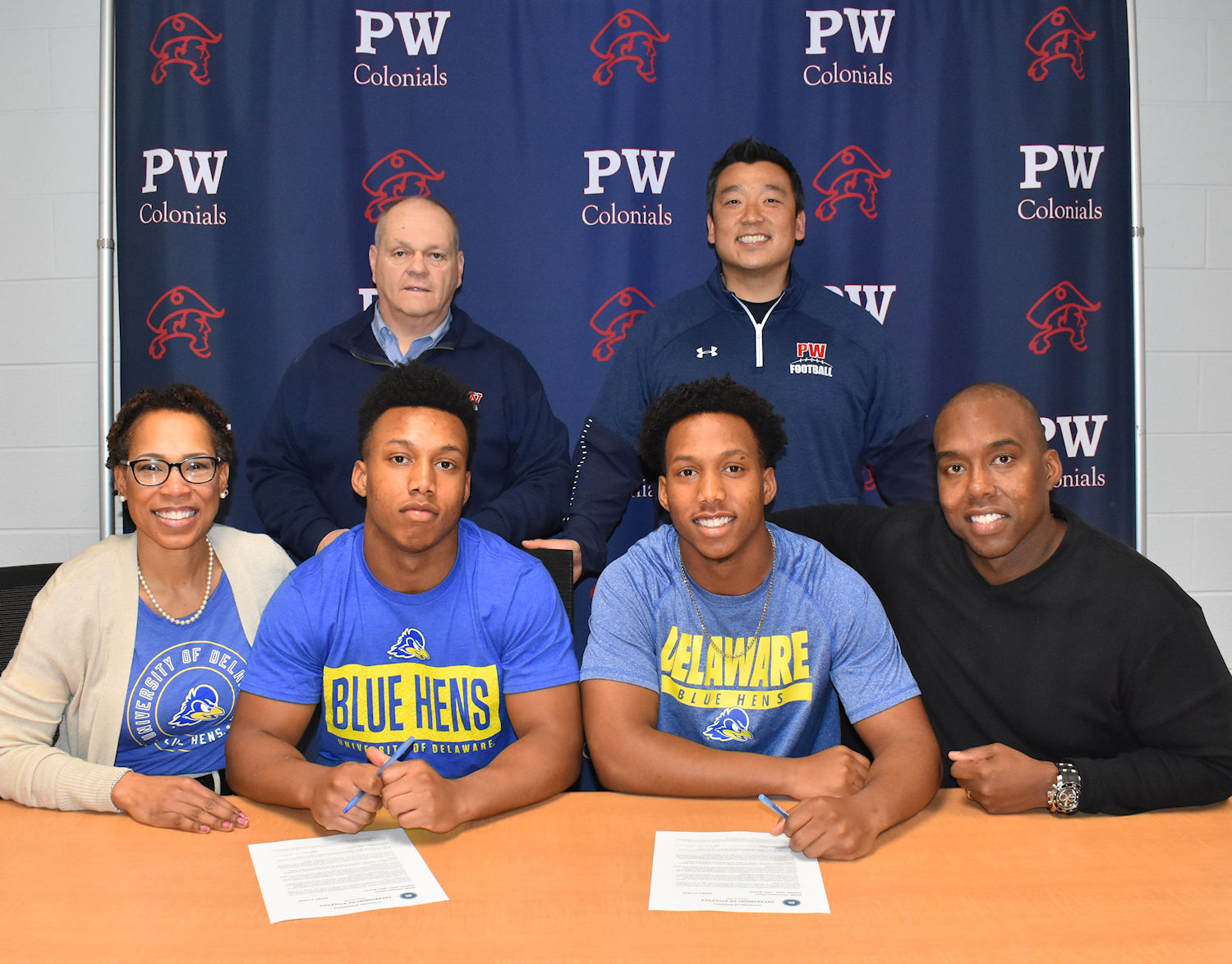 The twin brothers played offense, defense and special teams last season as the Colonials finished 9-2 (5-1 SOL American Conference) and reached the District 1-6A quarterfinals after a first-round victory over Abington.

Christian Pierce earned All-SOL American first-team honors at both wide receiver and linebacker. He caught 16 passes for 375 yards and five touchdown and ran for 100 yards. On defense, he had seven tackles, four interceptions – two returned for touchdowns – and a fumble recovered returned for a TD. On special teams, he return two kickoffs for touchdowns and two punts for touchdowns. He is also a Distinguished Honor Roll student.

“Christian Pierce was one of the anchors of our team on all sides of the ball,” said Plymouth Whitemarsh coach Dan Chang in a press release. “He was a playmaker in every sense of the word. His ability to find the football and get in on every play was uncanny.”

Christopher Pierce, who played in only seven games due to injury, was an All-SOL American second team pick at defensive back and earned all-conference honorable mention at running back. He ran for six touchdowns and on defense had one forced fumble and one fumble recovery.

“Christopher was a dynamic runner and safety for us,” Chang said. “Unfortunately we lost him for a good part of the season. When he was on the field, he was likely to make a big run every time he touched the ball.”