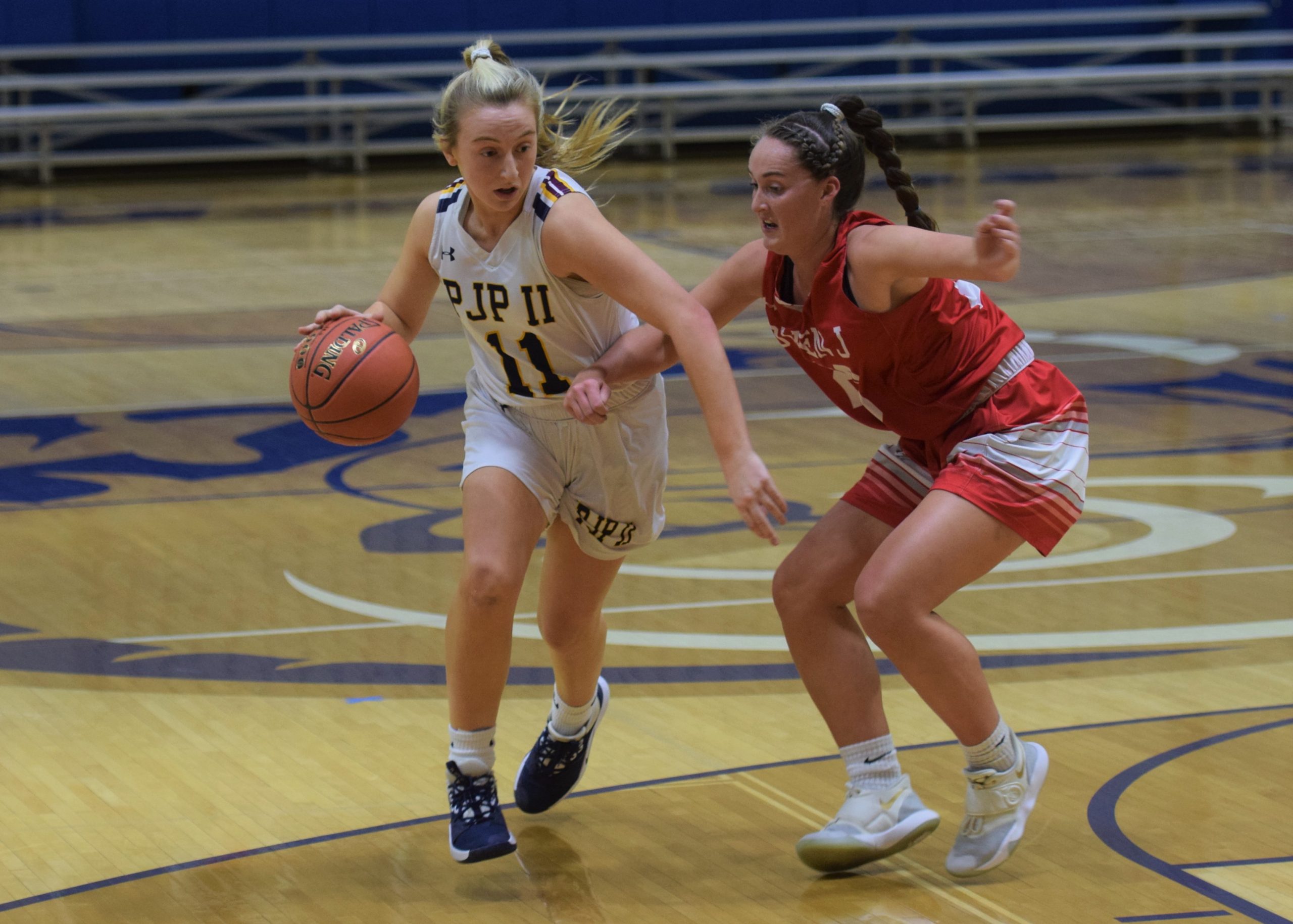 ROYERSFORD >> Owen J. Roberts couldn’t do much on the offensive end of the floor Thursday night except rebound its own missed shots. But big offensive boards down the stretch and solid defense throughout were the primary reasons the Wildcats were able to hang on for a 37-34 win over Pope John Paul II in the opening round of the Pioneer Athletic Conference girls basketball Final Six playoffs at Spring-Ford High School.

Senior Olivia LeClaire pulled in 17 rebounds for OJR (16-7), including two crucial offensive ones after the Wildcats twice missed a pair at the line in the final minute while holding just a two-point lead. LeClaire also scored 14 and Avery White 11 for the fifth-seeded Wildcats, who will face top seed Spring-Ford in a 6 p.m. semifinal on Saturday. Sophomore Amelia Kennedy scored 19 for the fourth-seeded Golden Panthers (11-12).

Last year Owen J. Roberts lost to PJP 42-34 in the PAC opening round and LeClaire did not want something like that to happen again.

The Wildcats led the rest of the way after scoring 10 straight late in the first half for a 21-14 advantage. But the lead was only one at 30-29 after Kennedy knocked down a 3-pointer early in the fourth quarter and just 36-34 when she connected again from 3-point range for the fifth time with 1:35 remaining.

Both teams then quickly turned the ball over and Roberts missed four straight at the line, but LeClaire got the ball right back for her team twice within five seconds after the misses.

Then Brooke Greenawald made the second of two free throws for a 37-34 Roberts lead with six seconds to go and PJP had a chance to tie after advancing the ball to mid-court and calling a timeout with 2.9 seconds left.

But a hurried, contested shot from the top of the arc by Kennedy missed at the buzzer and the Wildcats advanced.

“She (LeClaire) really came through on the boards tonight,” said Wildcat coach Jeremy Mellon. “We just didn’t shoot well. They did a good job of packing it in. In some ways it’s a really good win because we found a way to win. If you rebound and defend, you’ll win and we rebounded and defended.” Pope John Paul took an early 6-3 advantage on a pair of treys by Kennedy and led for the last time at 14-11 when Mary Kate Shannon connected for three from the left corner early in the second quarter.

But Maddi Koury (5 points, 4 rebounds, 3 blocks, 2 steals) began the 10-point run and tied the score with a 3-pointer from the right corner and White put the Wildcats on top for good with a jumper after one of LeClaire’s 12 offensive boards.

“They did everything that we asked,” Golden Panther coach T.J. Lonergan said concerning his players. “They executed, even as far as throwing the ball up court and getting a timeout, which is what we were trying to do. That’s all you can ask for, being in a position to try to tie the score and send it into overtime.”

Tess Crossan had nine rebounds for PJP, which won 17-14 on the defensive boards, but trailed 20-6 in offensive rebounds. Crossan and Kayla Ciuba each scored five for PJP, which shot 7-for-12 from 3-point range, but just 4-for-20 from inside the arc.

“As much as the defeat hurts, it’s nice to be on a good foot heading into districts,” Lonergan added.