Wilson edges Methacton in battle between two of state’s best 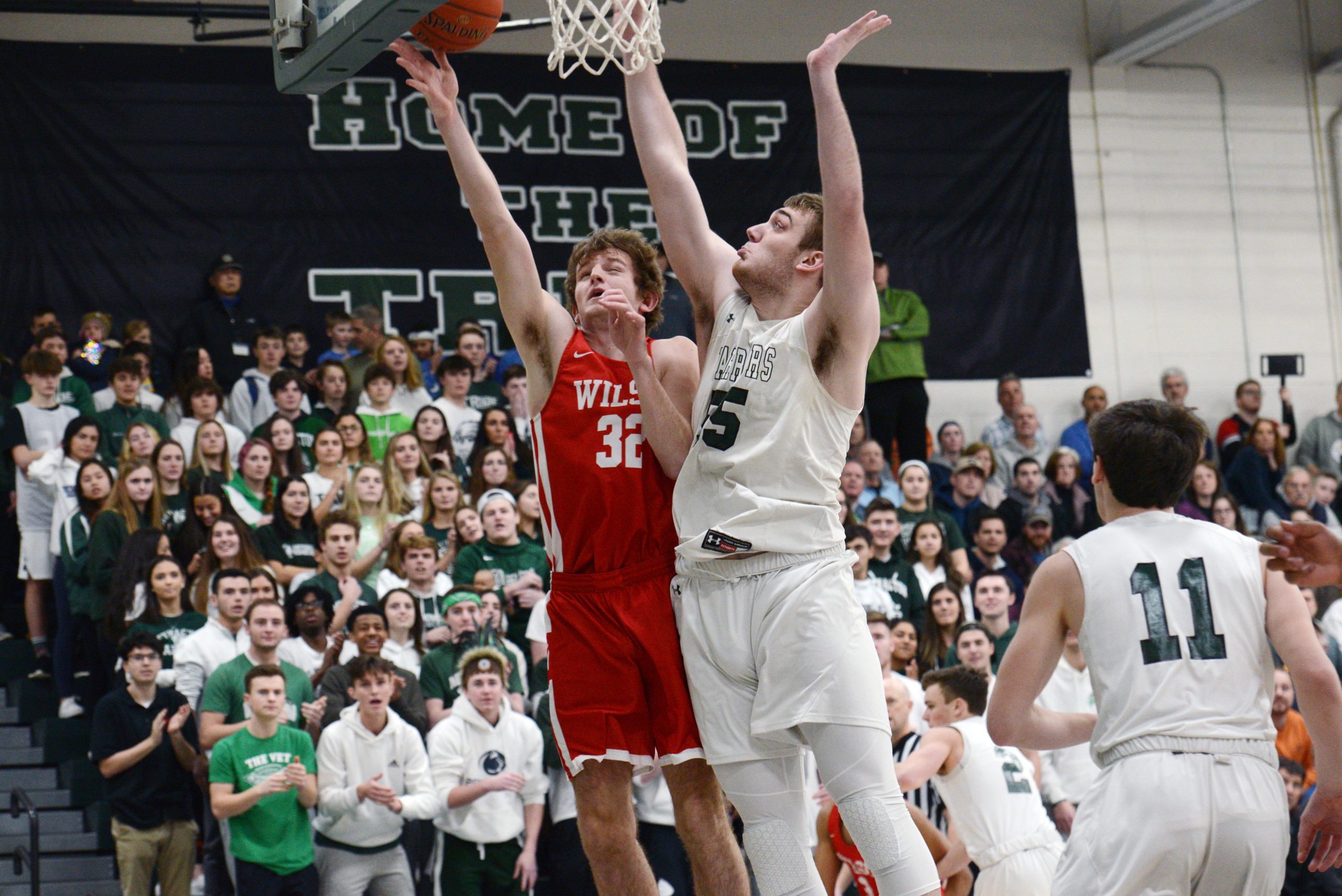 EAGLEVILLE >> Stevie Mitchell has heard the detractors: The people who don’t think he’s all that, or who think his Wilson team is overrated.

“We proved to ourselves, and to everybody, that we’re the real deal and that we can play with anybody,” Mitchell said after scoring a game-high 22 points as the Bulldogs (20-1) knocked off the Warriors (20-2), who came in ranked No. 3 in the state in Class 6A.

Wilson guarded the 3-point line ferociously and limited Methacton to 2-of-15 shooting from beyond the arc.

That, in a nutshell, was the game.

“They were locked in and made it tough for us to get some of the looks that we wanted,” said Methacton coach Jeff Derstine. There was more to it than just that, of course.

In an intense battle that saw 13 ties and 15 lead changes the game could’ve swung either way, and nearly did in the final seconds.

The Bulldogs took the lead when Mykel Huffman, a 46% free throw shooter, hit two from the line with 4.7 seconds left.

The Warriors’ ensuing inbounds pass went the length of the floor and glanced off a Wilson player. They got a reset under their own basket with three seconds left, and then another with 0.5 seconds remaining.

They got the last look they wanted as Brett Byrne flashed open at the foul line, but his jumper glanced off the rim and Methacton’s 17-game winning streak was snapped.

“That’s by far the best team we’ve played all year,” said Wilson coach Matt Coldren. “They have some real studs, and we withstood every punch they gave us — and we gave them a couple.”

Jeff Woodward slips away inside. 55-51 Methacton with four to play. pic.twitter.com/gJ0FqO8VBb

Mitchell’s points were tough to come by against Methacton senior Owen Kropp, who defended him tenaciously before fouling out with 1:52 to go. Mitchell made just 5-of-15 shots but was good on 12-of-16 free throws.

The Bulldogs never found an answer for the space-eating Woodward, who scored 16 points and grabbed 15 rebounds. They couldn’t afford to double the Colgate recruit and risk leaving shooters open, so they gambled on that tactic and it paid off.

The Bulldogs also had trouble containing 6-3 senior guard Erik Timko, who lit them up for 17 first-half points.

“My guy was getting whatever he wanted,” said Mitchell, who had trouble fighting through screens in the first half. Mitchell said he communicated better with his teammates on defensive switches in the second half. Timko, who finished with 21 points, made just 1-of-7 shots and none from 3-point range after intermission.

Wilson led by as many as six a couple times in the first half but never by more than two in the second.

Methacton opened its biggest lead at 55-51 with 4:00 remaining, then didn’t score another basket. It scored just one point on its final six possessions.

Erik Timko goes into the post and puts Methacton ahead 51-49. Brett Eberly takes charge on other end. 5:04 to play. pic.twitter.com/SVhXlzDMDA

“We wanted to be tested against a high-level team, and Wilson’s got a great team,” said Derstine, whose team is ranked No. 1 in District 1. “They earned the win tonight and there’s a lot that we can take from it.”

Huffman played his best game of the season and finished with 10 points, as did Avanti Lockhart. Timochenko, playing on a tender ankle, still managed 11 points and seven rebounds.