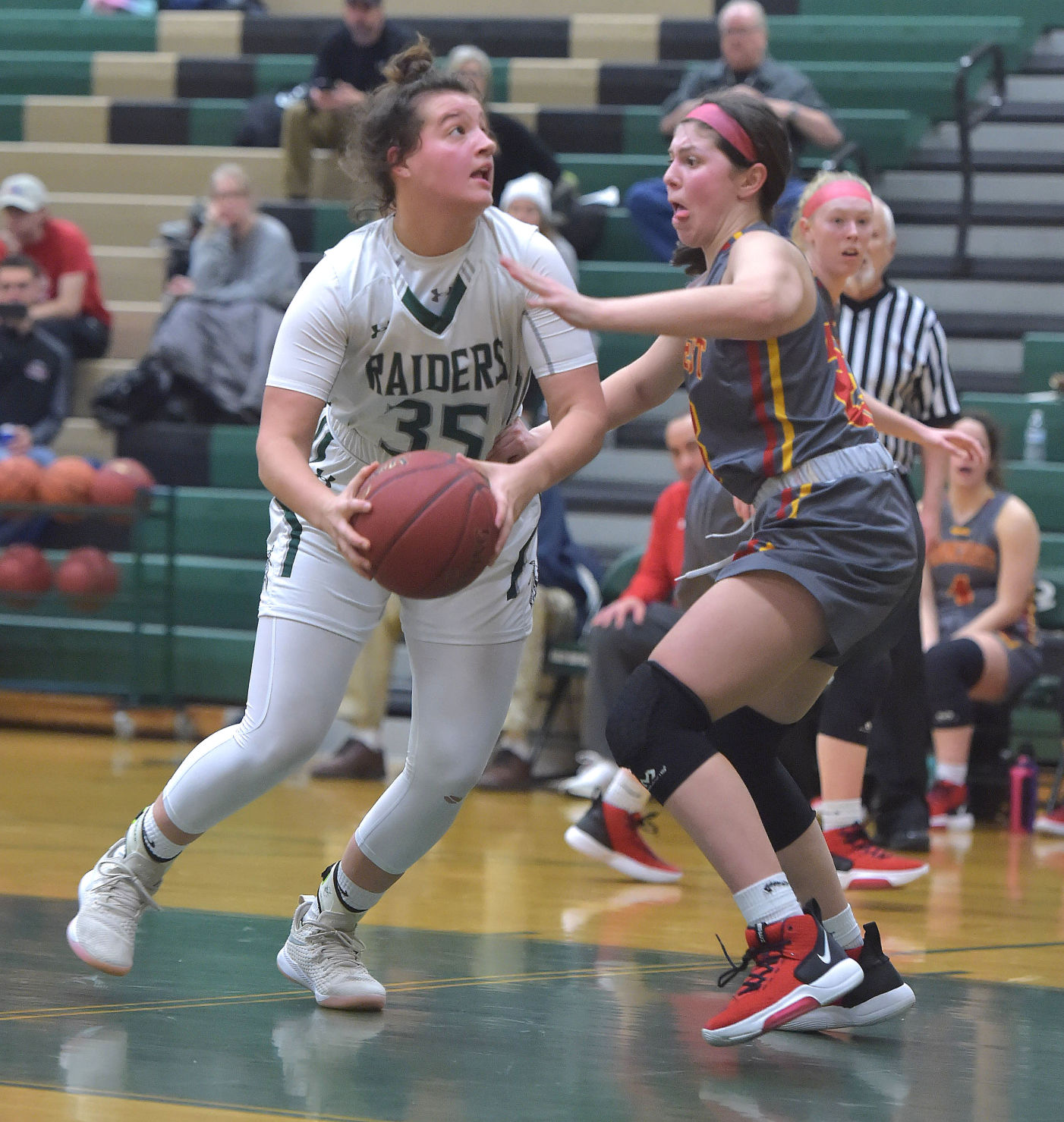 Reynolds scored seven of her 10 points in the extra period to lift the Tigers to a 46-35 victory over the Lions.

Behind Reynolds, MN outscored Penncrest, 13-2, in overtime. Haley Levy paced the Tigers with a game-high 21 points and 12 rebounds.

Strath Haven 40, Harriton 39 >> Faith Raymond dropped in a layup at the buzzer to win it for the Panthers. Raymond finished with 12 points. Anna Myers-Maloney led Strath Haven with 15 points.

Annie Aspesi of Harriton led all scorers with 18 points.

Ridley 67, Upper Darby 49 >> Lindsay Boyd and Shannen Hinchey were a potent 1-2 punch for the Green Raiders.

Jasmine Forrester paced Upper Darby with 19 points. Aubrey Ennis chipped in with 12 points for the Royals.

Springfield 46, Radnor 43 >> The Cougars had a 12-point lead after one quarter, but the Raiders came back and made Springfield sweat it out.

Rachel Conran had two of her four 3-point field goals in the third quarter to keep Radnor at bay. She finished with 14 points and six rebounds. Alyssa Long added 14 points, four assists and two steals.

Cardinal O’Hara 52, Archbishop Carroll 46 >> The Lions raced to an 11-1 lead that forced the Patriots to play catchup. Carroll got within four points twice in the fourth quarter, but could get no closer.

West Catholic 60, Bonner-Prendergast 52 >> Alexis Gleason collected 21 points and eight rebounds, but it wasn’t enough to lift the Pandas over the Burrs.

Isabella Piselli scored seven of her 13 points in the third quarter and Riley Cassidy tallied nine of her game-high 15 points in the fourth period to fuel the comeback. Raeleen Keffer-Scharpf also reach double figures for EA with 11 points.

Notre Dame 46, Springside Chestnut Hill 25 >> The Irish jumped out to a 16-4 first-quarter lead and expanded that to 26-7 at halftime.

Katie Halligan paced the attack with 16 points. Allie Lynch pitched in with 12 points.