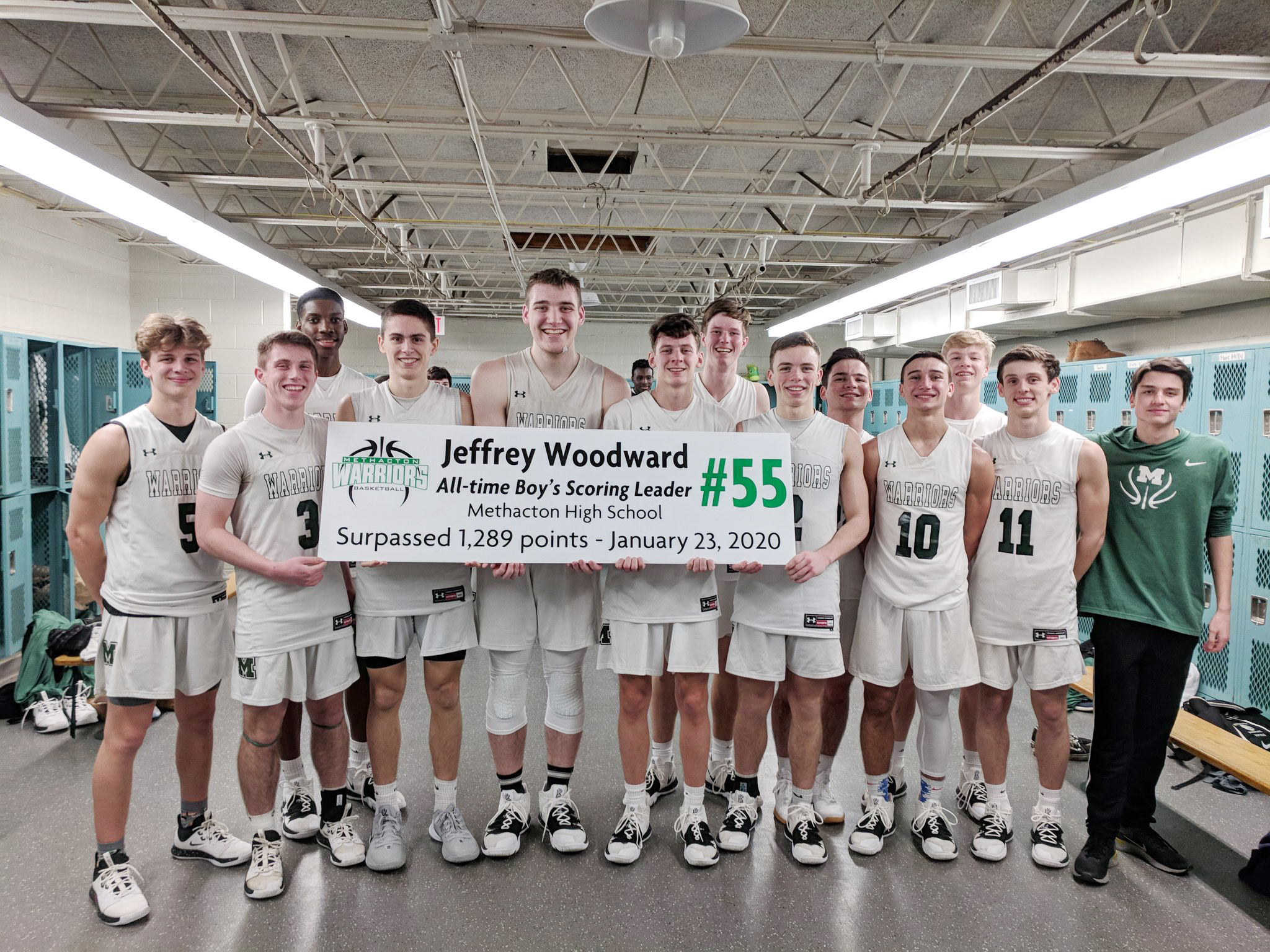 With a layup early in the first quarter of Methacton’s 88-47 win against Pottstown, the Warriors’ senior and 2018-19 Mercury All-Area Player of the Year took over the top spot on the program’s career scoring chart.

In attendance for Woodward’s milestone night was Andrew Smith who set the previous record of 1,289 points during the 1993 season.

Erik Timko hit for a team-high 23 points and Woodward added 13 in the Pioneer Athletic Conference crossover win. Owen Kropp and Brett Eberly each chipped in with 11 points to help Methacton (9-0 division, 18-1 overall) go 14-0 in league play.

Boyertown 55, Phoenixville 47 >> Tre Diguglielmo and Mason Marinello combined for 34 points to lift the Bears to victory over the Phantoms in Thursday’s PAC divisional crossover game.

Diguglielmo’s 21 points, good for game scoring honors, were complemented by Marinello’s 13. Phoenixville, which went into the fourth quarter holding a tenuous 34-33 lead, got a 14-point outing from Michael Memmo and 10 more from Chris Weiah.

Pottsgrove got 14 points from Messiah Smythe and 12 from Zion Dyches.