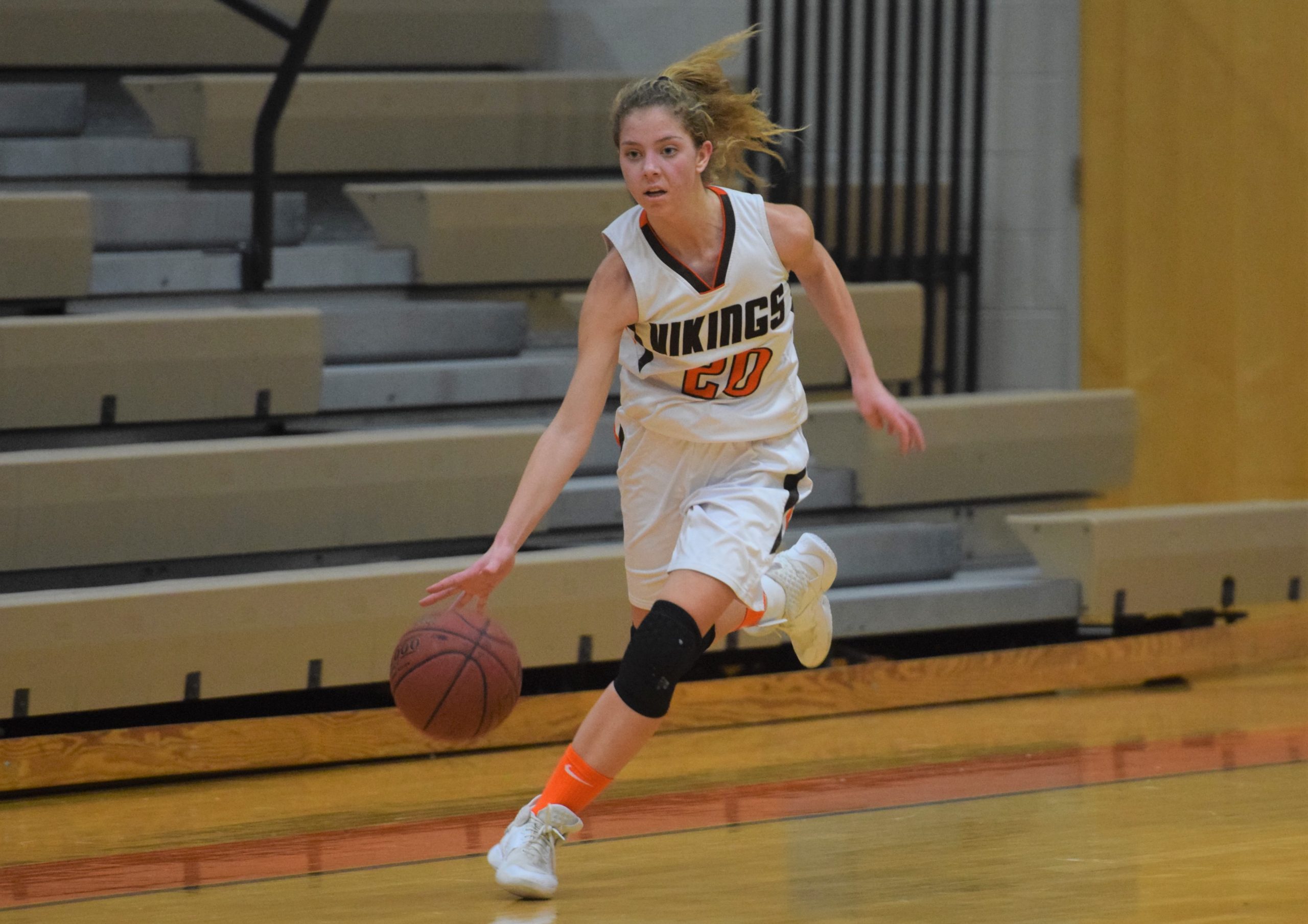 BOYERTOWN >> With just two weeks remaining in the regular season, Perkiomen Valley needed a win Tuesday night at Boyertown to keep its hopes for Pioneer Athletic Conference and District 1 playoff berths alive. And the Vikings came through with an impressive 62-49 Liberty Division decision, thanks to double-figure scoring from four players and a big advantage on the boards.

The win pushed the Vikings into a tie with the Bears and Pope John Paul II for the PAC’s last playoff spot, and moved PV to No. 25 in the District 1-6A rankings — one spot out of the 24-team field.

“We knew that we had to get the win,” said 5-7 sophomore guard Miley, who scored 14 in the first half. “We really want to get to PAC’s and districts and we knew we had to beat Boyertown. We knew we had to do the little things – get the rebounds, play as a team, keep our composure and be unselfish.”

The Vikings,who lost to the Bears 47-34 in the first game following the holiday break, had a 38-22 rebounding advantage and displayed good composure after falling behind 6-0 after three minutes and trailing by as many as seven points later in the opening period.

Kapp opened the scoring with a 3-point play on a layup off a pass from Julia Smith (10 points, 6 rebounds, 6 assists), followed by a basket by Smith and a free throw by Avery Sweisfort.

But Miley got the visitors on the board with a 3-pointer from the right wing and narrowed the gap to 15-12 with another trey to close the first quarter.

Then Beattie exploded off the bench for 12 points in the second quarter, Miley gave the Vikings their first lead of the night at 27-26 with another 3-pointer with 2:30 to go until the half and PV led 32-31 at the break.

“I think in the first half, they had 12 offensive rebounds and 10 second-chance points,” said Boyertown coach Jason Bieber. “They hustled. They crashed the boards. You can’t give up over 30 points in the first half.”

Ramsey scored off a pass from Beattie to start the second half and Daisey scored on a drive after grabbing an offensive rebound shortly after that for a 38-33 advantage. Then Boyertown closed to within 38-37 on a layup by Kapp and a drive by Marburger

But Daisey scored again on a drive down the middle, a potential game-tying 3-point try by Smith went in and out and Miley drove the lane and threw in a layup for a 42-37 lead after three. Ramsey made two free throws after an offensive rebound to open the fourth quarter and put in a layup off a feed from Beattie to complete a nine-point run for a 46-37 lead.

Boyertown fought back from 12 down to within 52-47 on a steal and basket by Smith, but Perk Valley shot 8-for-10 from the line the rest of the way to wrap up the crucial win.

Ramsey pulled in nine offensive rebounds, Miley had nine total boards and the Vikings wound up with a rebounding advantage in every quarter.

“Grace had a lot of rebounds,” said Miley. “Jen knocked down a lot of good threes we needed to keep us rolling.”

“In the second half, they picked up the tempo,” said Bieber. “We missed 12 free throws. You’ve got to make free throws and get rebounds. Perk Valley played really well. They played better tonight.”

Spring-Ford, Methacton, Owen J. Roberts and Frontier leader Pottsgrove appear to have four of the PAC’s postseason spots locked up.

Either Phoenixville (7-5 PAC) or Pope John Paul II (6-6 PAC) will get the Frontier’s second postseason spot, with the other squad vying with PV and Boyertown to become the sixth team in the PAC playoff field.

The Bears will host Phoenixville in a key crossover game on Thursday.

“We’re in the same boat as we were last year,” said Bieber. If we beat Phoenixville, it puts us back into a tie for a PAC playoff spot. We need to regroup ourselves and come out and play and see what kind of character this team has.”