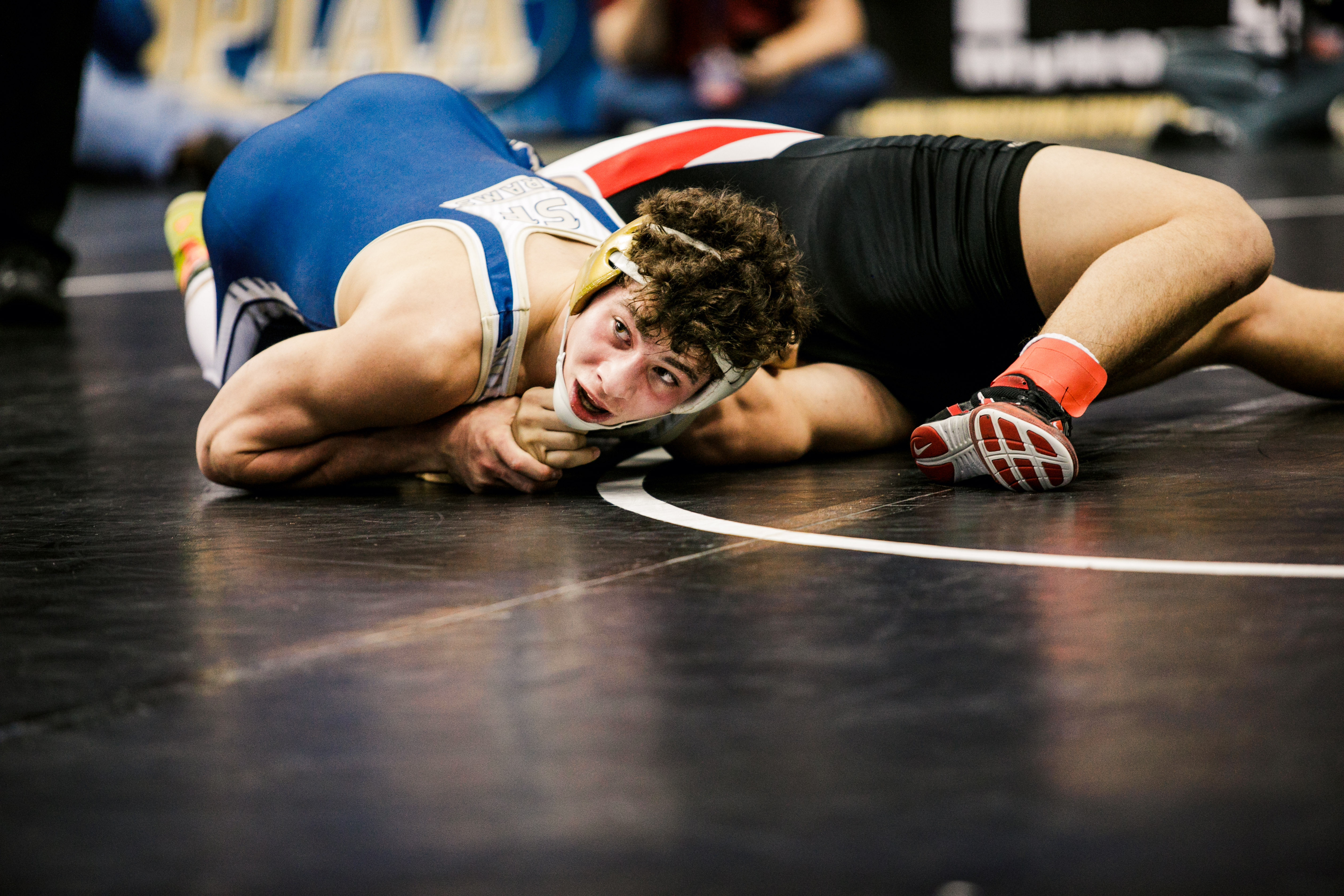 Milano reached the semifinal round in the 182-pound bracket after winning two contested bouts. Off an opening-round bye, the Spring-Ford junior scored a second-period pin on Owen J. Roberts’ Tommy Dempsey before racking up a 15-0 technical fall on St. Joseph Regional’s Jack Farinaro.

Milano’s path to a championship belt will go through Downingtown West’s Maximus Hale, his opponent in the semis. He is the 182 second seed, Hale the third seed.

Pottsgrove 58, Upper Perkiomen 20 >> Summer Walker and Riley Simon keyed the Falcons as they rolled over the Indians in Saturday’s PAC Frontier Division game.

Walker scored a game-high 14 points and made five steals while Simon added 11 points and cleared eight rebounds. Pottsgrove’s offense was at its most productive in the first and third quarters, scoring a respective 22 and 24 points.

Hill School 122, Lawrenceville 63 >> The Blues took first in every event Saturday, racing past the Larries in their Mid-Atlantic Prep League meet.

Lawrenceville 100, Hill School 86 >> Alex Zelinske’s double-win performance was the high point for the Blues in Saturday’s Mid-Atlantic Prep League meet with the Larries.

Jacob Eddinger was the Bears’ lone event winner, taking the shot put with a distance of 44-9.25. Jacob Bardsley finished third out of 20 competitors in the 400-meter dash (55.90).