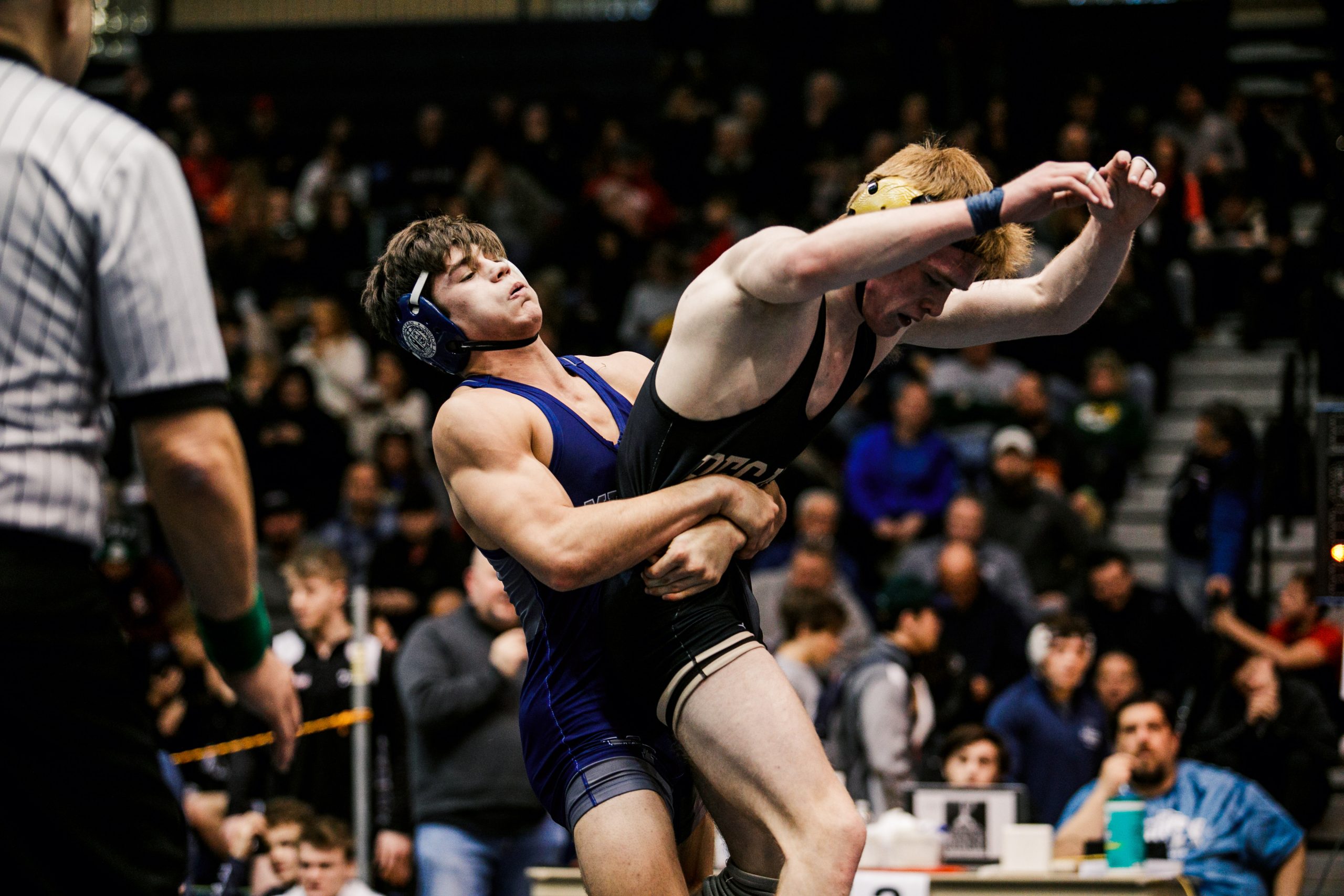 HOLLAND — Malvern Prep’s Dalton Harkins flowed from one movement to another, manipulating his opponents, matching every attack.

The ease of Harkins’ wrestling was almost calming in a sea of disruption.

By now, the senior Friar has seen it all, and conquered most of it. He ditched his underdog tag earlier in the season, and with the same grace he portrays on the mat, he’s embraced becoming the favorite after a sensational start to his season.

“I’m trying not to let it get to my head and just be the same person,” Harkins said. “Not too much has changed. It’s given me a little confidence to go out and know I can beat anyone.”

Saturday, on the first day of the two-day Escape the Rock tournament at Council Rock South, the West Chester native beat both his foes.

In his opener, Harkins led 7-0 before pinning Connellsville’s George Schultz on a tilt, late in the third. In the quarterfinals, he edged Bethlehem Catholic’s Matt Lackman, 2-1, thanks to a second-period reversal.

Sunday, he’ll face Hatboro Horsham’s returning third-place state medalist, AJ Tamburrino, in the semifinals, which begin approximately at 10:45 a.m. It’ll be another challenging test, but that’s nothing new for Harkins, who’s won championships at the Walsh Ironman and Beast of the East tournaments, along with a third at Powerade, this season.

“It’s been fun watching him really turn the corner,” Malvern coach Nate Lautar said. “His first tournament was really an eye-opener for him to show him how much talent he had and how good he really was. He’s been on the verge of winning these matches in the past and came up a little short. This year, he’s been wrestling a little smarter and getting those wins.”

Harkins’ eyes weren’t the only ones opened at the Ironman tournament. When he pinned Blair Academy’s Travis Mastrogiovanni in the finals, there, the video circulated all over the internet and Harkins entered the national rankings.

“Going into that tournament, I was the 14th seed and wasn’t expected to do as well as I did,” said Harkins, who’s ranked No. 8 in the country on intermatwrestle.com. “I made it to the finals with nothing to lose. I didn’t expect to lose, but to go out and pin him was the part that surprised me. I knew I could beat him, but pinning him was pretty crazy.”

“It’s not as much fun if you and maybe one other guy is placing at a tournament,” Harkins said. “When there’s a bunch of us succeeding, is so much more fun for everyone.”

After starting the season ranked No. 23 as a team on rofkin.com, Malvern Prep has since moved up to No. 5 with top three finishes at those major tournaments. The Friars lead the team race at Escape the Rock by 19.5 points over St. Joseph Regional (NJ).

“This is the one we had circled to go out and win,” Lautar said. “We knew we’d have a good shot, but the kids have to go out and wrestle. They have to have some ownership and accountability for it and leave it all on the mat.”

West Chester Henderson had a rough day, with only Killian Delaney (120) and Sammy McMonagle (126) advancing to the second day.

Delaney, who made his season debut at 120, won his first two bouts before losing to DelViscio, 4-0. He’ll wrestle Chambersburg’s Karl Shindledecker, a third-place state medalist last winter, for a spot on the podium.

McMonagle dropped as well and won his first two bouts. The second was in dramatic fashion. Against Hill School’s Kelvin Griffin, McMonagle trailed 3-0 in the third when he went up top and took Griffin to his back, leading to a 5-3 decision. It was his 100th career victory.

“It’s awesome that I got it,” McMonagle said. “It was a tight match and I was happy I came out on top. It was one of my goals this season, to get it as a junior.”

His milestone win was followed by his first loss of the season against the No. 5 ranked kid in the country (intermat), Eddie Ventresca of Pope John Paul XIII. He will get Northampton’s Noah Reichelderfer, next.

Hale was in cruise control with two dominant decisions to set up a rematch with Spring-Ford’s Joey Milano, who defeated Hale, 3-2, earlier this season.

Mielnik pinned his way to the semis and meets Feldman next.

Findora, wrestling up a weight, lost in the second round but bounced back with a pair of wins in the consolation bracket to set up a meeting with Connellsville’s Mason Prinkey.

Micale dropped his quarterfinal matchup and must survive Sly Van Morter of Kingsway.