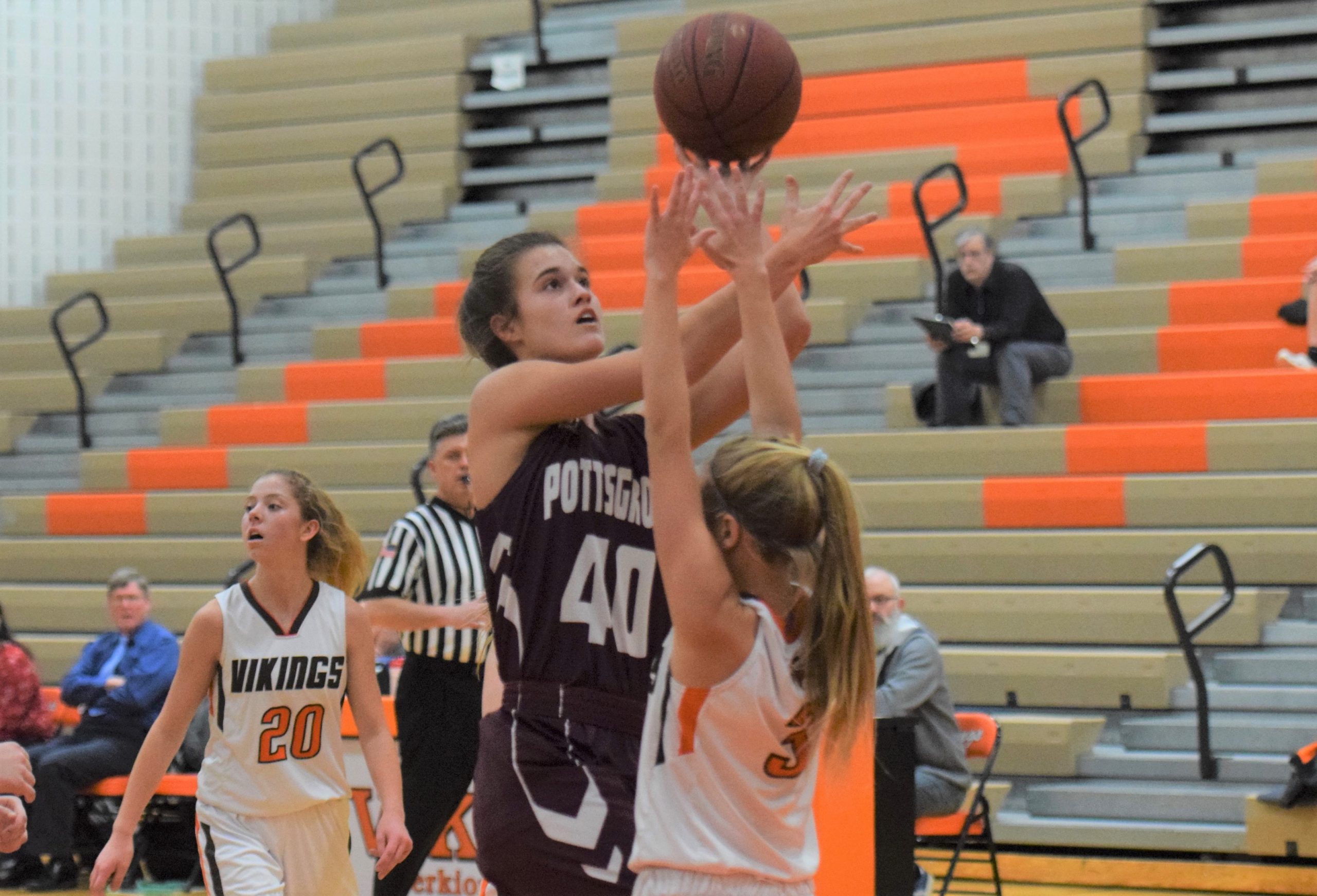 Mowery was the scoring leader with 12 points, two more than Ludwig’s 10. Pottsgrove’s defense also came up big, limiting Boyertown to 12 points after a 10-point first quarter.

Tornetta got within 100 points (917) of the 1,000 mark for her scholastic career by netting 15, and she added seven rebounds and five assists. Nicole Timko kicked in with a game-high 22 points, and Cassidy Kropp 10, for Methacton while Angelina Williams had 11 to head Phoenixville.

Clay had a game-high 12 points, one more than LeClaire’s 11.

Leading scorer for PV was senior Lindsay Hartman with nine points, all off 3-point shots. Naiya Daisey contributed eight points and every Perkiomen Valley player scored in the game.