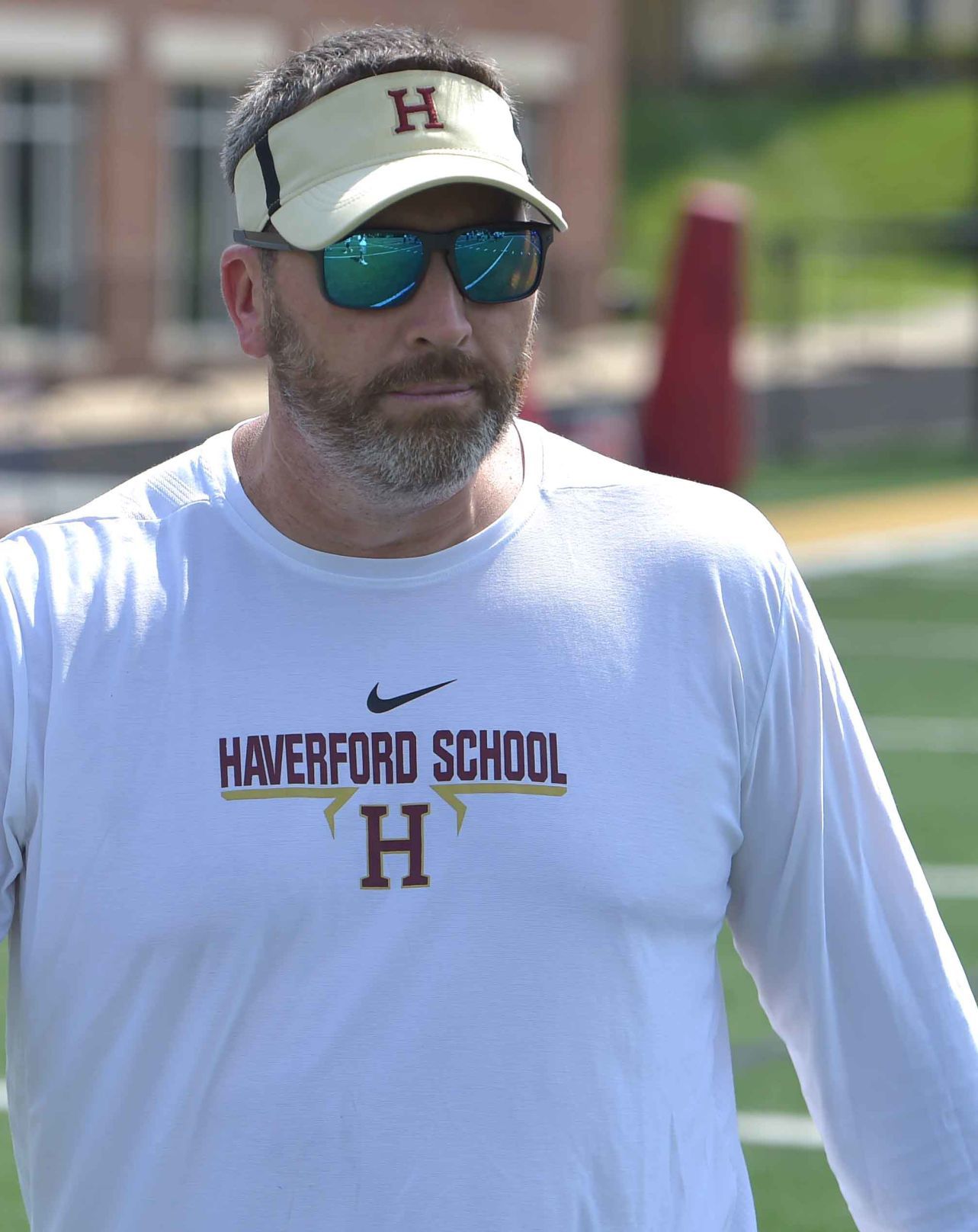 Mike Murphy has resigned from his position as head football coach to shift his full focus on being the director of athletics at The Haverford School. Murphy led the Fords to 82 victories and five Inter-Ac League titles in 15 years on the job. (MNG File)

Michael Murphy, the longtime head football coach at The Haverrford School, resigned from the position Monday in order to put his full focus into his role as athletic director at the school.

“I feel the time is right for this change,” Murphy said. “I am excited to dedicate my full attention and energy to assuring a premier experience for Haverford School athletics.”

Associate head coach Brian Martin will assume the role of head coach of the varsity football program. Martin has spent nearly two decades as the Fords’ defensive coordinator, including the last 14 years on Murphy’s staff.

“Brian has been an integral part of what we have been able to accomplish in this program over the last 15 years,” Murphy said. “He has spent the last two seasons in the role of associate head coach, preparing to lead a program of his own. It was important to me that we strive to keep the teacher-coach model at Haverford, and Brian fits that role perfectly. Most important, his care for our players and enthusiasm for the program is terrific. He will do an outstanding job.”

Martin joined The Haverford School faculty in 2003 as a physical education and health teacher in the middle school. In addition, he has coached lacrosse and strength and conditioning at Haverford. Martin has been at the helm of the Mike Murphy Football Camps for 10 years.

“I am honored and excited to lead a football program that is built on tradition and excellence,” Martin said. “I want to thank Dr. (John) Nagl for this opportunity and Michael Murphy for helping me grow as a person and as a coach over these past 14 years together. I am eager and motivated to surround myself with great people.”

Murphy will transition into his full-time role as director of athletics while leaving behind a strong legacy as the school’s football coach.

Under his direction, the Fords compiled an 82-63-0 overall record and a 42-32-0 record in Inter-Ac League competition, which makes him the second-winningest coach in school history. Furthermore, Murphy guided the Fords to five Inter-Ac championships, including three in a row from 2013-15. Haverford’s greatest season under Murphy’s tutelage was the 2015 campaign, when the Fords finished 10-0 overall.

Since the program finished 7-3 overall in 2016, Murphy successfully steered the Fords through a rebuilding effort. They entered the 2019 campaign coming off back-to-back losing seasons, including a 1-9 showing in 2017. But the Fords were able to become an Inter-Ac contender once again in ’19, going 3-2 in the league and 6-4 overall. They finished in second place to arch-rival Episcopal Academy and played for a share of the title on the final day of the season.

Hired in 2005, Murphy has produced more than 80 All-Inter-Ac League selections and a slew of All-Delco standouts. More than 40 of his players have moved on to play football at the collegiate level. This past season, senior kicker Chris Clark was named All-Delco first team and senior all-purpose player Dayiaan Hawkins, a Temple commit, was selected to the All-Delco second team.

One of Murphy’s former players is All-Delco linebacker Matt Galambos, a Collingdale native who was signed as an undrafted free agent by the Pittsburgh Steelers in 2017. Galambos spent the 2017 and 2018 seasons on and off the Pittsburgh practice squad.

Prior to joining the Fords, Murphy was a teacher and coach at Episcopal Academy for eight years. He spent five seasons as offensive coordinator and quarterbacks coach for the Churchmen. He is a graduate of East Stroudsburg University.

Murphy offered the following message to his players on Twitter.

“Sincere heartfelt appreciation to everyone who took the time to reach out today. I look forward to support Coach Martin as A.D. as he leads Haverford football into the next great chapter.”