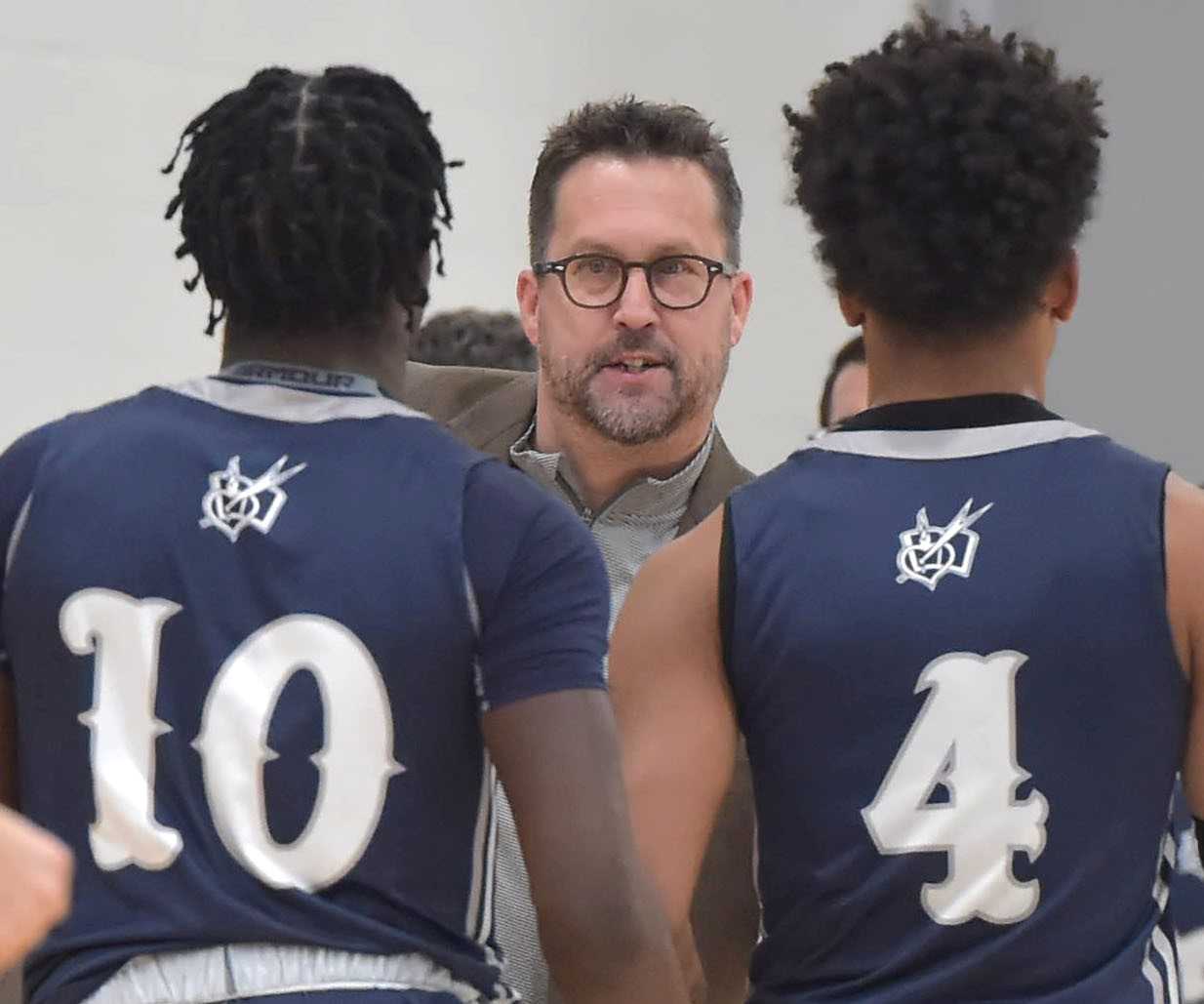 The Friars had some troubling times as they adjusted to Harmatuk’s up-tempo, shoot-the-three style. And in the ultra difficult Inter-Academic League, times can be tough when you are trying to implement a brand new system and the critics were howling at this new-look style that often doesn’t mesh with the rest of the league.

But, this season Malvern Prep is hitting its stride.

Behind superlative point guard and Bucknell University commit Deuce Turner, another talented guard in Radhir Hicks and big man Fran Oschell, the Friars look like they are primed to take home the Inter-Ac title and possibly the Pennsylvania Independent Schools crown (if they can get past a few ultra-talented foes like the Hill School and Westtown.

Turner is an electric player who can dribble and penetrate with the best of them, while also pulling up to shoot the three. His first step is devastating and when he is on, he can just take over a game. The Friars like to run and gun, and that is what Harmatuk has been preaching since coming to Malvern.

But this year, the difference is the way Malvern is playing defense. The Friars are bringing their free-wheeling style to the defensive end of the floor, and the main reason Malvern is off to an 11-3 start against arguably the toughest schedule in southeastern Pennsylvania.

High school basketball purists may cringe watching the fast-breaking Friars and their NBA style prowl up and down the floor at top speed. But, if you want to see an exciting, stylish brand of basketball, the Friars will deliver in full on both ends of the floor.

And this looks like the year Harmatuk silences the early critics and takes home not only an Inter- title, but a private school state title, as well.

They will do it their way.

Peter DiGiovanni covers high school basketball for the Daily Local News and Pa. Prep Live. You can reach him at pdigiovanni07@gmail.com. Follow him on Twitter @PeteDLN.