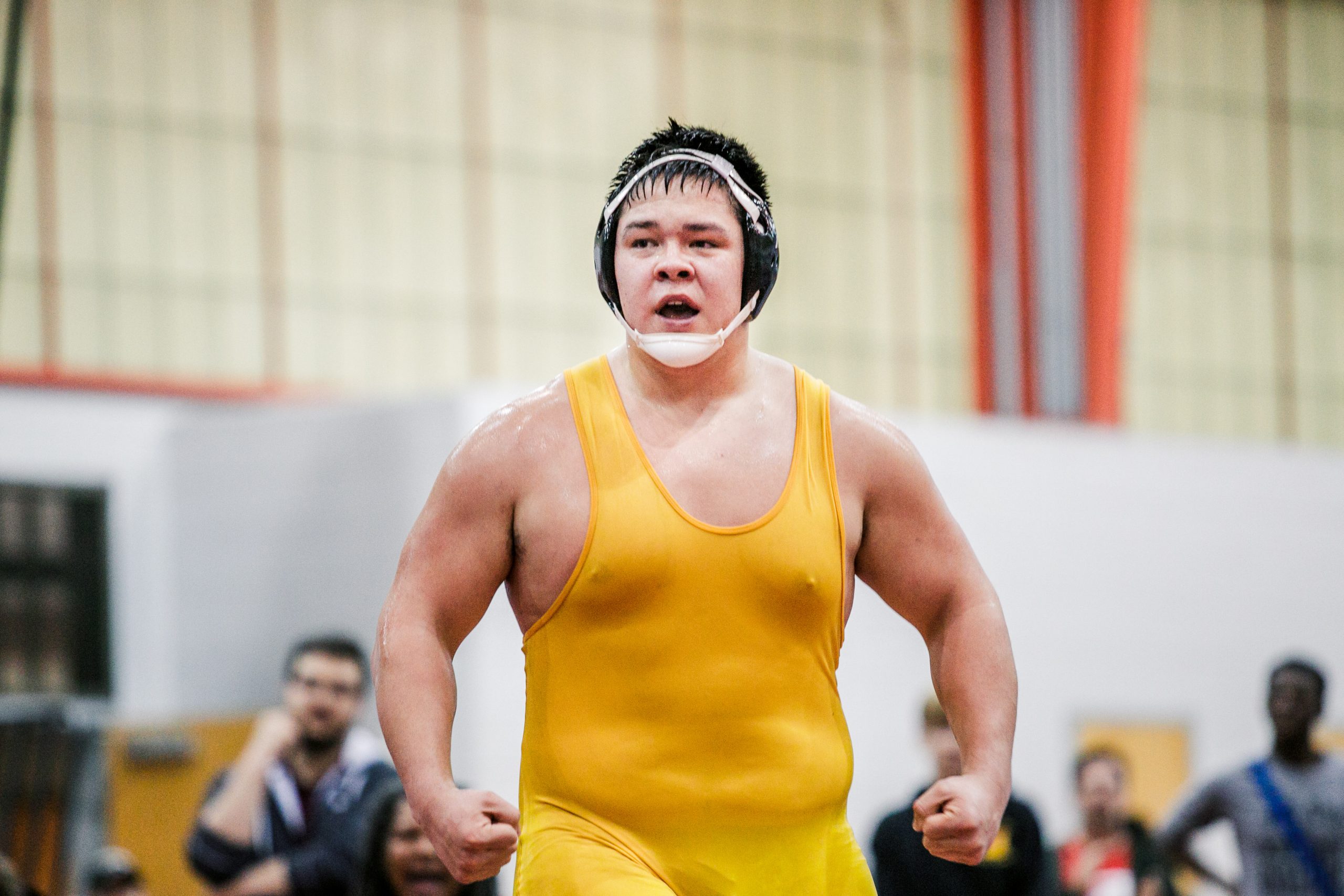 EXTON — When Hugh Lemmon-Kishi suffered a season-ending injury early in the West Chester East football season, the big lineman had no choice but shift his focus.

Instead of feeling sorry for himself, the senior persevered through a long rehabilitation process with one thing on his mind: to make some serious noise on the wrestling mat.

His first rumble came Saturday at the Church Farm Invitational, where he knocked off Church Farm’s returning state medalist, Emmanuel Lawal, in the heavyweight final, 4-3.

“As soon as the doctor told me I was out for football, my mind went to winning a state medal this year,” Lemmon-Kishi said. “Beating a state medalist shows I’m ready for that.”

Lemmon-Kishi made his season debut Wednesday, with a pin against West Chester Henderson. That meant his third bout of the season was against Lawal, who took eighth in the Class 2A state tournament last season.

A reversal gave Lemmon-Kishi the initial lead in the second, but the pair went to sudden victory and then rideout tied, 2-2. Lawal escaped halfway through the first ride out, but Lemmon-Kishi used a switch for another reversal and rode Lawal out for the win.

“It was an 18-week injury and 13 weeks were no conditioning,” Lemmon-Kishi said. “I had five or six weeks to get back in shape and it’s paying off.”

East finished second, behind Haverford, in the team title, while Church Farm and Westtown School tied for fifth.

Despite the loss, Lawal was grateful for a good go against another state level competitor.

“There’s definitely a target on my back and more people know about me than I thought,” said Lawal, who has 88 career wins. “When I get a chance to wrestle against people who are eager to beat me, it’s better for me and better for them, as well.”

The Griffins had one other finalist, freshman Sebastian Chiesa (113 pounds). He used a technical fall against East’s Sam Parnis in the semifinals to face Haverford’s Jack Lacianca. Chiesa gave up three takedowns in just over two minutes, but settled down and used a pair of reversals and a stall point to bring it to 8-6. But that’s how it ended, as the Erie native was unable to score on top.

Church Farm’s Sebastian Chiesa picks up near-fall points against West Chester East’s Sam Parnis on his way to a technical fall in the 113-pound semifinals. (Nate Heckenberger – For MediaNews Group)

Westtown advanced a pair to the finals, but were shutout, also. Griffin Hankin (132) and Wilson Cano (160) led the Moose as runner-ups, while Charlie Herlocher took third at 145, and Ethan Kisiel (120) and Eli Arauz (285) finished fourth.

Cano dug himself a 4-0 hole in the finals, and a third-period reversal made it a one-point match, but he was unable to find any offense and lost, 5-3.

Hankin was down early to East’s Andrew Luke, before the Vikings’ junior pinned him. Griffin is the younger brother to Graham and Noah Hankin, who were regional qualifiers for East, but the extra juice couldn’t carry him to a title.

“It got me a little more motivated, but I don’t know what happened,” Griffin Hankin said. “I came up short.”

Luke, who grew up wrestling at Church Farm in the West Chester Youth program, was happy to win a title in a familiar place.

“This is where it all started,” Luke said. “To come back and get a win is a blessing.”

The first of three Vikings to win championships was Max Parnis (120), who won both his matches by fall, including the finals bout against Executive Education Academy’s Franniel Reyes, who proved challenging to subdue.

“It was not really tough, more frustrating,” Max Parnis said. “I had him pinned in many situations, but he was wriggly.”