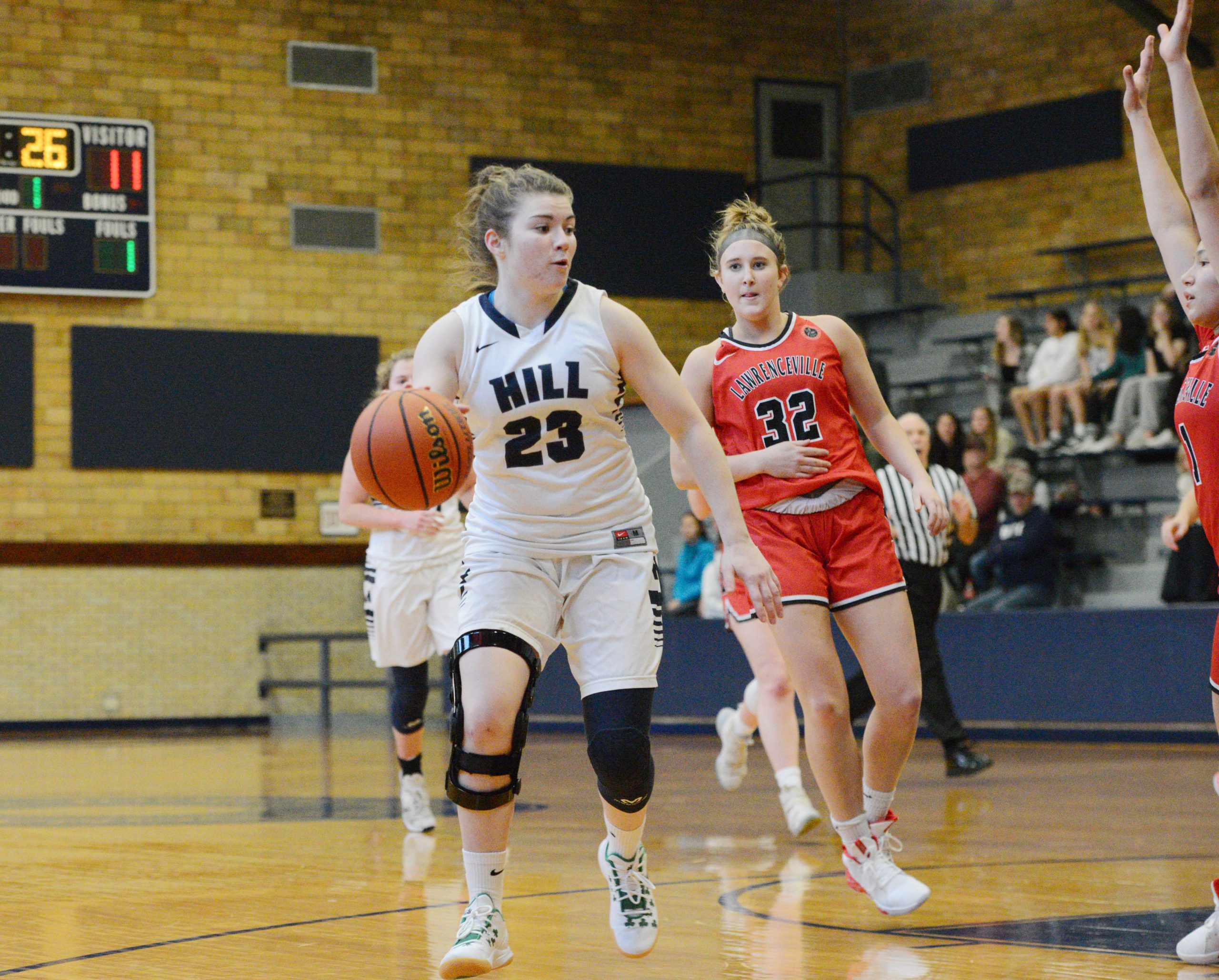 Nealon had a game-high 28 points for the Hill. About half her point total came off shots from 3-point range, and she added 7-for-10 accuracy from the foul line.

Ramsey led PV with 11 points, while every other Vikings player scored in the game. Trinell Watson tallied 17 for the Trojans, and Calista Daye had nine.

Spring-Ford 74, Phoenixville 29 >> The Rams outscored the Phantoms 20-0 in the second quarter to take a 34-10 lead at halftime and cruise the rest of the way in Saturday’s PAC crossover win.

Norristown 37, Upper Merion 25 >> Ryan Morse had 10 for Norristown in the Eagles’ PAC crossover win over the Vikings on Saturday.

Boyertown 57, Norristown 23 >> The Bears’ defense put the clamps on the Eagles early Friday, setting the tone for their PAC Liberty Division victory.

Boyertown limited Norristown to 12 points through the first three quarters while scoring 43. Ashley Kapp and Julia Smith led the offense with 13-point outings, the locals getting points from 11 of 15 players seeing action.

Along with Stone’s game-high 19, Brown got all but two of her 17 points off shots from 3-point range.