Upper Dublin gets back on track against Wissahickon 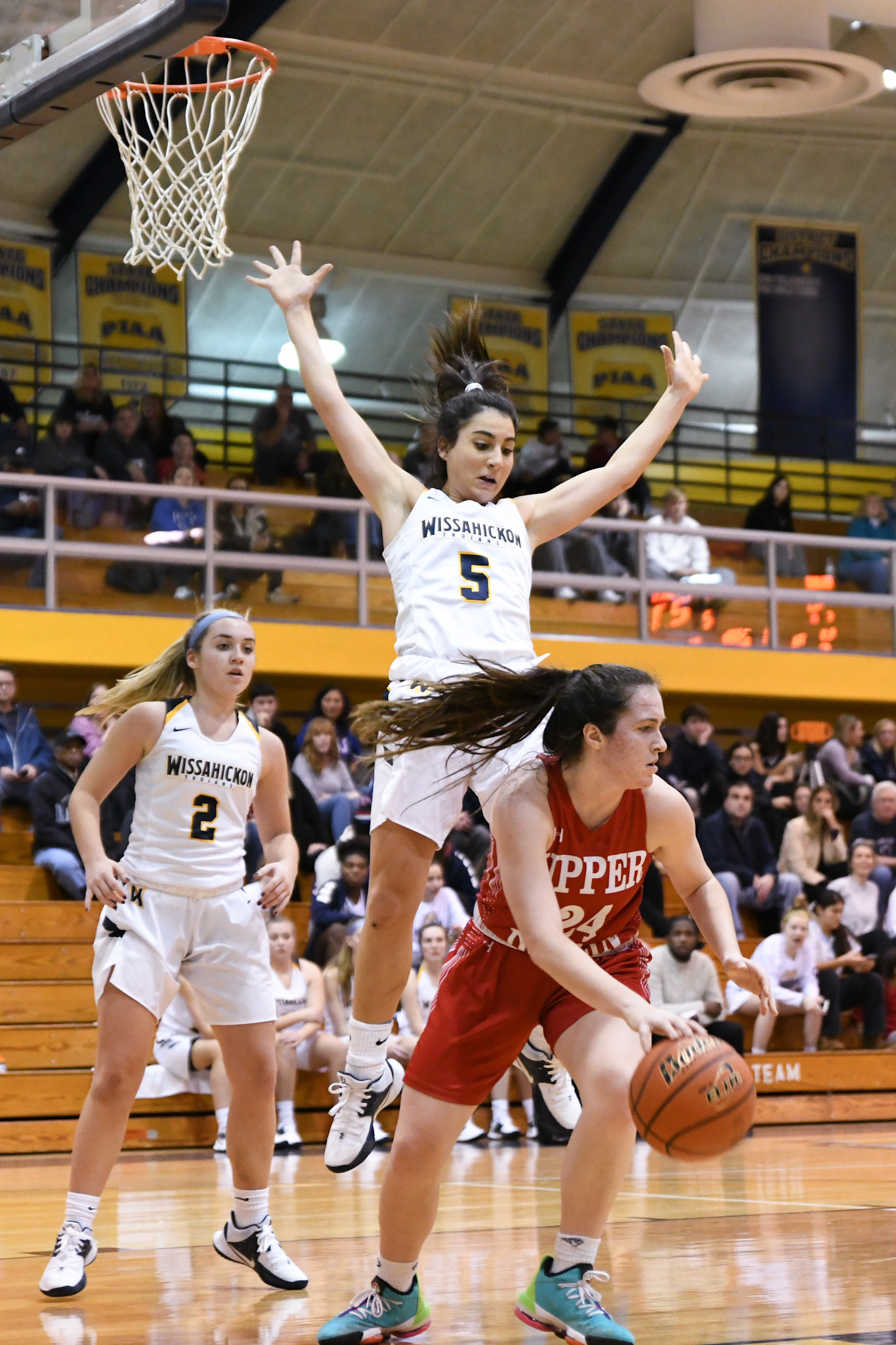 LOWER GWYNEDD >> Upper Dublin faced a couple of firsts in its game against Wissahickon Friday night.

Despite the recent skid and Vargas’ ankle injury, the Cardinals got back on track with a 58-32 Suburban One League American Conference win over the Trojans at Wissahickon High School.

“It’s not a feeling the girls are used to,” Funsten said. “We’ve never had a losing streak in my eight years. It’s a different feeling. The mental toughness of the girls has really been tested this past week. I’m proud of how they’ve stuck together and not pointed fingers. Everything that’s gone on has been to try to make our team better. I’ve been impressed with our leadership.”

The Cardinals (7-5, 4-2 SOL American) needed to make some adjustments without their 6-foot-3 center available. Their tallest player was 6-foot-1 forward Kara Grebe.

“The game is different without (Vargas) in there,” Funsten said. “There are certain things you need to do better. I thought the girls did a great job bringing energy early especially. With the exception of the last two possessions of the first half, I thought the first half was about as well as we have played all year, just with the energy level and the execution. Defensively we were doing what we wanted to do. I was really happy with how the girls responded because you could feel sorry for yourself or you can work hard. The girls chose to work hard.”

“It was great to see from Sarah,” Funsten said. “She’s a girl who works so hard. She’s a gamer. She can put the ball in the basket. She’s a great shooter, she can get to the basket, she’s a dual-threat that way. She’s had a rough time at certain points this year so it was really nice to see her knock some shots down.”

Wissahickon’s Elizabeth Kunzier (40) takes an elbow to the face on the way to the net against Upper Dublin on Friday, Jan. 10, 2020. (James Beaver/For MediaNews Group)

They built their early lead with defense and three-pointers. They forced six turnovers in the first quarter — 18 in the game — and Dayna Balasa hit two shots from beyond the arc while Eskew hit one in the opening eight minutes.

Jess Polin did a little bit of everything for Upper Dublin. She finished with six points, seven rebounds and 10 assists.