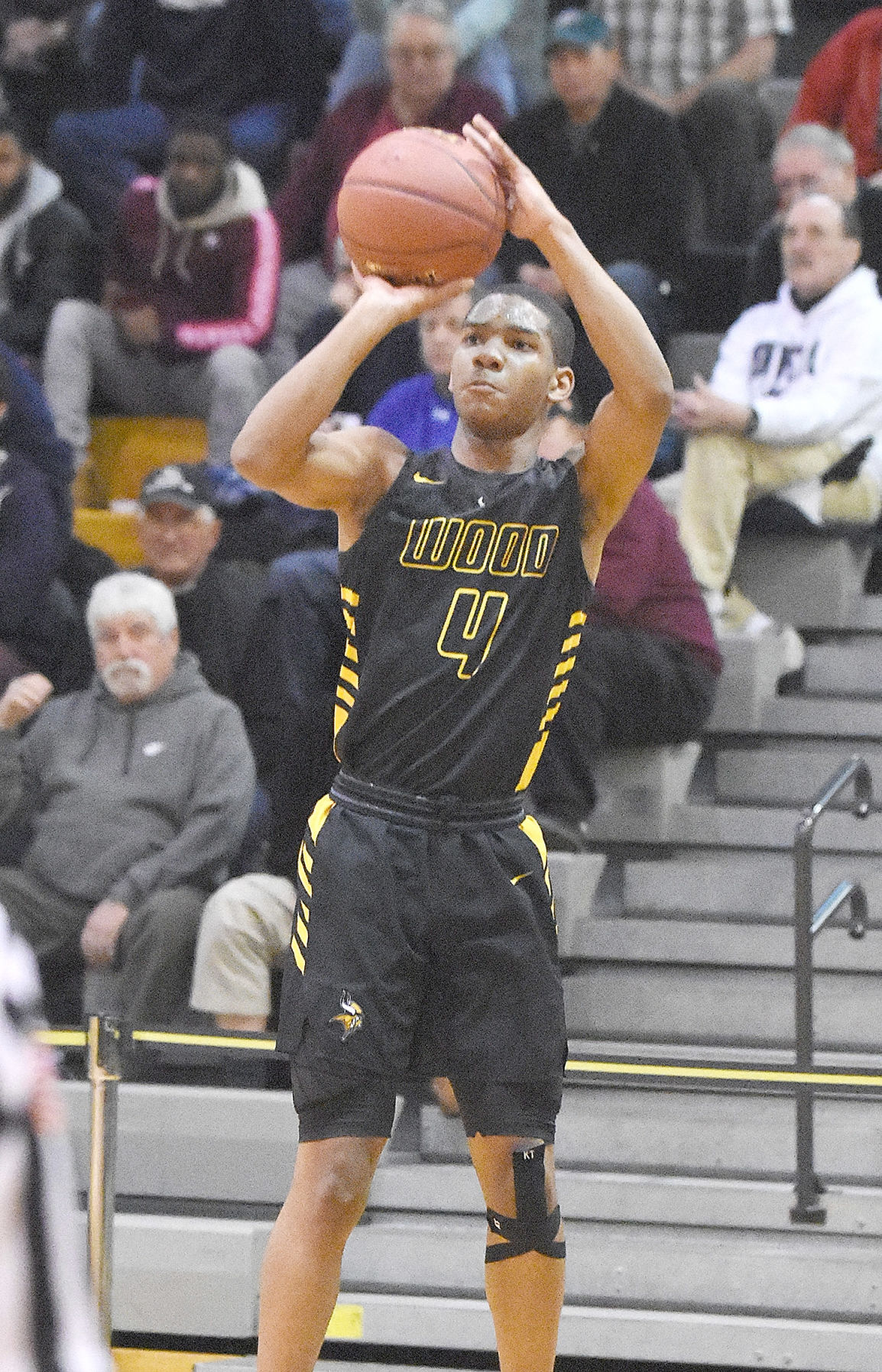 WARMINSTER >> In prime position to score, Jaylen Stinson gave up the ball.

The Archbishop Wood junior guard caught pass under the Father Judge basket but with two defenders around him, took a dribble and left a bounce pass for Muneer Newton for a fourth quarter layup. While it was one unselfish moment in an afternoon full of them, it’s also becoming the normal for the Vikings.

Wood’s passing was on point, with 20 assists on 27 field goals as the Vikings topped the visiting Crusaders 78-51 Sunday afternoon.

“Today really showed how we can play as a team,” Stinson, who led Wood with 20 points, said. “The coaches went over the assists, we had 20 assists on 27 buckets so that’s a good number and it shows our team chemistry.”

The Vikings (7-3, 3-0 PCL), who returned four starters from last year’s state finalist team, have had plenty of time to build that chemistry. Their early schedule has been loaded with tough opponents, they played seven overtimes together against Paul VI (Va.) and spent a week in Hawaii for a tournament.

Wood came out scorching on Sunday, dropping 25 points in the first quarter with all nine baskets assisted. All five starters scored in the frame with the Vikings building a 16-point lead and Wood only extended its passing and scoring into the second quarter.

Stinson, who had six helpers, scored the team’s first unassisted basket on a drive with 3:27 left in the second quarter.

“I know if I drive to the bucket, I have a shooter in the corner, we have so many pieces to the team that if you can’t get it off, the next person definitely can,” Stinson said. “Even when people don’t have the best of games, like Marcus (Randolph) today, he wasn’t scoring much but his presence on the floor kept us together.”

Even with so much continuity on the roster, Stinson noted there’s still been an adjustment period for the Vikings. Randolph is in his first year with the program while the guys coming back all spent the summer improving their own individual abilities.

BOYS BASKETBALL: @WoodBoysBball around the horn passing ends with @Dshepherd022 finding @RahsoolDiggins3 for a corner trey Q1 vs Judge pic.twitter.com/h658pQsGlR

Wood coach John Mosco believes the start of his team’s fluid play started in the summer, whether it was on the AAU circuit or in the Wood gym organizing pick-up games and workouts. Friday night at West Catholic, the coaches asked for more ball movement at halftime and it kept building through Sunday’s game.

“We’ve been trying to preach that the more touches everybody gets and the more we move the ball, we‘re a harder team to guard,” Mosco said. “We set goals of how many assists we want per game and especially today starting out against a zone, that really helped us. They’re playing for each other and the more we do that, the more everybody gets the credit and accolades that way.”

It wasn’t just the offense in tune for Wood on Sunday. The Vikings did a nice job defensively and Stinson said they were especially focused on trying to keep talented Crusaders guard Nasheer Johnson under his scoring average.

Johnson led Judge (6-6, 0-4) with 16 points, but had a defender tracking his every move. Justin Flowers had 14 off the Crusaders bench while Justin Blythe scored 13 for Judge.

“As a team, defensively, I think we’re become better,” Stinson said. “Actually, the defensive end really helps us on the offensive end. If we get a steal, it usually lets us get an alley-oop to Daeshon and that gets the whole team riled up. We get an advantage when we’re playing well on defense.”

Mosco noted that guys aren’t worried about scoring as much this year and cited Shepherd, Stinson and Muneer Newton as players who are looking to do more on the defensive end. It’s motivation from last year, with Mosco adding Diggins is always talking about how he was disappointed to lose in the state final and not reach the Palestra in the PCL playoffs.

If there is a letdown, the program’s alums like Collin Gillespie, Matt Cerruti and Ty Pickron are always ready to point to their state and PCL championship banners in the gym to fire up the current Vikings.

“Sometimes, some of the guys going down the lane are almost being too unselfish so we’re hollering at them to finish, but I’d rather have to tone that down then push them to move the ball at all,” Mosco said. “That’s how I learned at Neumann-Goretti, you play the toughest competition where everyone has to depend on each other and you play those big games away from home to shore up the ‘us against everybody else.’”

Wood led 45-26 at the break and behind a strong third quarter from Stinson, built a lead as large as 30 points in the third quarter. Stinson scored nine of his 20 in the quarter, including an and-one off a steal and a three-pointer that hit all net.

The junior’s game has become much more efficient this season, something he attributed to using his energy in a more industrious manner. Sunday, part of the motivation for him and his teammates was to get the lead up enough for the JV team to close the game out, which the Vikings were able to do.

“I was just looking to make plays,” Stinson said. “Scoring isn’t everything, but if I’m open, why not. I wanted to get downhill and if somebody was open, get it to them.”

“We try to look at it as one game at a time and learn from it,” Mosco said. “Every game brings different aspects of what teams do well. O’Hara is playing really well, I thought they’d be one of the surprise teams this year, they play five guards so we’ll have to adjust to that.”